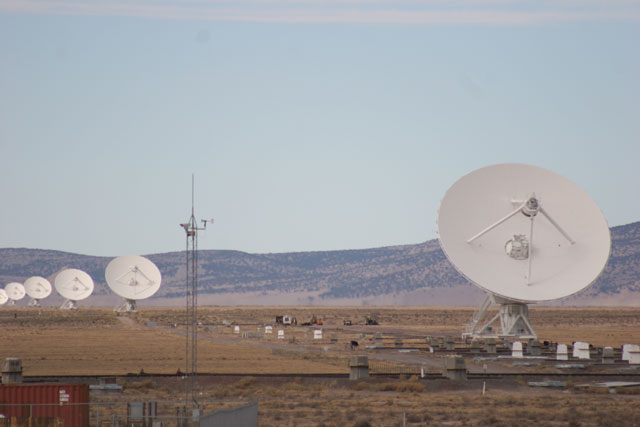 Me and My Barber
By Scott A Bennett
scottabennett@msn.com
Spring Hill, FL

Consider this: the odds that a planet anywhere in the universe could meet all 150 parameters, where just one change to a single factor could extinguish life on that planet, is about 10-194. I’m thinking it’s kinda lonely out there. But let’s presume for a moment I’m wrong. All the factors have been met and wiz-bang! life is all over the universe.
Let’s first look at a few numbers.
Light travels at 186,282 miles per second.
1 light year = 5,874,589,152,000 miles or the distance light travels in one year.
1 AU (astronomical unit) = 92,955,808 miles or the average distance of the earth from the sun. There are 63,240 AUs in 1 light year.
The closest star to us is Proxima Centauri and lies about 4.3 light years from us. We’ll get back to that in a moment. One of the most tested theories of our time is Einstein’s theory of Relativity. You remember: E=mc2. According to this theory if an object were to reach the speed of light it would attain infinite mass. Which would require a propulsion drive with infinite power. “Not gonna happen…” Doctor of Astrophysics and author Hugh Ross tells us we could conceivably travel at about 1 percent of the speed of light or almost 7 million miles per hour and still remain safe(3). If we launched a manned space craft to the star Proxima Centauri it would take the astronauts 430 years to get there. Unquestionably a multigenerational trip.
Even within the neighborhood traveling distances takes a bit of time. January of this year (2006) the New Horizons spacecraft launched with the destination of Pluto targeted. Barring any difficulties it is expected to reach the small planet in July of 2015. The one-way journey is 9 1/2 years or a nineteen year round trip. To put this into perspective, if your son (or daughter) graduated from college and NASA training in 2005 at the ripe old age of 23 and decided to be the first human to study Pluto first-hand and left with New Horizons, spent 1 month there and headed home, you would not see him again until he was 42 years old. Wow. And that’s only 3 billion miles away. The closest solar type stars are about 155 light years away. This equates into about a 15,000 year trip.
Worm holes are not the answer either. If two black holes were to connect on two different space/time planes the mass of the black holes along with the intense gravity produced by such a union would tear any craft apart before it could move through the singularity.
Again, if I am completely wrong on the probability of intelligent life flourishing in the universe and the galaxies surrounding us are teaming with life, we will never know it’s there, because the distances are so vast, nearly incomprehensible. Science is good. Very good. But let us not spend the time blending our imagination with reality or money pursuing fruitless goals. If we can never be in contact with other civilizations because of the enormous gulf of space between us, if those civilizations even exist, let’s invest in developing craft that can check out the neighborhood. Heck, we’ve not been on the moon in 30 years. Let’s put our foot back on our doorstep, the moon, hit the sidewalk, Mars, and aim for the mailbox, Pluto. Manned exploration of our own solar system is where it’s at.