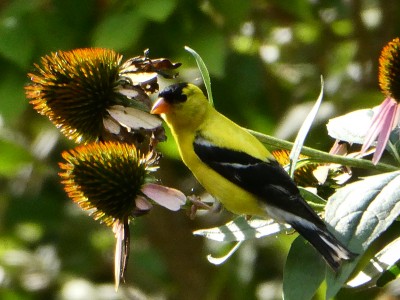 I bought a lifetime collection of astronomy equipment a couple of months ago from a fellow observer who lives about an hour from me in northern Ohio. I remember seeing him a few times at various astronomy conventions and swap meets over the past 20 or so years. He wanted to clean out his garage and basement and ended up putting everything up for sale. My vehicle was completely full of stuff with some old brass equipment which I have been listing in the auctions this past week. The only complete scope is a 5" F12 refractor tube assembly that needs a new home. The story I was told about this scope is fairly consistent with information I found on the web from a forum posting:

...an old friend in Cleveland, Father Carrera, a priest who used to be at John Carroll University and I believe is still on the staff of the Vatican Observatory, gave me a couple along with an old brass 5-inch F-15 OTA that he had found in the attic at an old hot springs resort in Baden Springs, Indiana, that had been taken over by the Jesuit priests. The lens in the cell was slightly chipped and the focuser needed some work and it needed somebody who knew what they were doing to reassemble it, so I gave it to a friend who works on scopes. But I tried out the brass Ramsden eyepieces, they were great in a large refractor I had at the time.
Father Carrera told me he thought it might have been an old Bardou, the resort there was once one of the most luxurious at the turn of the century. But I didn't see the familiar Bardou script on the tailpiece. Still, thought it would have been an interesting ''mystery'' to figure out who made the scope and if it was the resort's scope at one time for the amusement of its guests. Who knows, it might have been a Clark!
But like many things in life (my book project), I never followed through and I hope the Father's old scope is being used today by someone.
Clear skies,
Barry Kawa
Yokohama, Japan


In another web search I was able to find information about the resort mentioned above and it appears the resort was taken over in 1934:

1902
The new West Baden Springs Hotel opens. Sinclair builds the hotel of his dreams?a circular building topped with the world's largest dome, built as much as possible of nonflammable materials and decorated like the grandest spas of Europe.

With the reputation of the Eighth Wonder of the World, ads claim the resort's mineral baths and drinking waters could cure everything from sterility to senility. The hotel offers golf on two courses, horseback riding, billiards, bowling, baseball, swimming, hiking on scenic trails, bicycling, movies and nightly theater. The hotel even has a stock brokerage firm, a bank, barbershop and other personal services.

1929
Many guests witness the event from the brokerage firm's offices in the hotel. The hotel emptied of guests almost overnight.

1934
The hotel is sold to the Jesuits for one dollar. To transform the hotel for use as a seminary called West Baden College, the Jesuits removed many of its elegant appointments and eventually dismantled the building's four Moorish towers rather than invest in their repair.


I should note that I have no way to verify this information but I knew Barry when he lived in Ohio and I remember him talking about this scope. However it appears to be an F12 and the tube is aluminum not brass.

Some particulars about the scope, weighs 12 lbs., 5" diameter tube, back of cell to back of focuser is 53" racked in, 63" fully racked out, focuser has 1.25" tail piece, 10" drawtube, focuser is 4" long, tube is aluminum with several holes which I assume some were for a finderscope, has built in rings, lens is very dirty and needs cleaned. Lens also has two areas with edge chips which can be seen in several of the photographs. I have used the scope and the low power views are fine with pinpoint stars. Higher powers are not very good with flaring off to one side which I assume is from the edge chips or perhaps poor collimation or both. There is also a filter of some type included as well which can be seen in the last 3 photos.

I am not a collector of old scopes so this needs to go to a new home where somebody with the right knowledge can clean it up and put it back to use. I assume somebody will either use it as is, stop it down to a 4" F15 to avoid the edge chips, or install a new D&G lens, or ?, I'll leave that up to the buyer. Buyer to pay actual shipping in a 12"x12"x60" box from zip code 44691.

Starting bid at $1 with no reserve due to the issues.