Beware of Dealing with Lei Hurst

This is similar to the be fraud alert post, beware of the user Lei Hurst (now deleted and gone as of me checking two days ago). After I responded to his post regarding a Celestron 9.25" Edge HD OTA, he got back to me about 1 day later through email and used broken English and questionable grammer. When I checked back here his user profile had been deleted and his PayPal was tied to a questionable email source. He was also very pushy and wanted to finish the transaction as soon as possible, trying to use Venmo and a "friend's PayPal" to complete the transaction because his "was not working." So I warn, if anybody named Lei Hurst is seen again, avoid the profile at all costs.
Quote
Posted 09/05/2020 12:55PM #1
Greg Shaffer
View public profile Send a private message to Greg Shaffer Find more posts by Greg Shaffer Find threads started by Greg Shaffer
Forum Member

i just confirmed  that i  lost money to that name.

C9.25 EDGE HD  @ $1000  was  on Ad.   i contacted him and asked how he wanted it to be paid.
he asked if i can transfer by Zelle.   after checking shipping cost of $91,  total $1091.
i sent the money feeling that i was lucky for this good deal and being the first one to get hold of it.
he replied that it will be shipped that afternoon. but no tracking# for that day. next day i asked again and  he sent 3 pictures of the OTA in the shipping box, saying he's shipping it that day, but still no tacking# for  another  day.
at this point, i started to feel it might be a scam  and  emailed several more times for the tracking#  and he  replied that he was out of town for family matter and gave a tracking#.   USPS tracking showed the package created and in transit.  My nervousness was half gone and i started to wait to get the OTA, tracking daily for next ~10days.  it has been moving toward my address.

Today,  the package finally got delivered...   in a much smaller box than expected.
in the box was a 'stone drink dispenser', a $45 thing that was ordered by someone in other part of the state but with shipping address to me.    Looks like an order from somewhere was hacked and shipping address changed to me, or hacked someone and ordered something to ship to me to create a track#.

i've had several good deals in Astromart before and was too naive... , and was in hurry to get hold of the good looking deal.

another hard lessons learnt...  never ever use  Zelle.

attaching one of 3 pictures i got  (cannot attach all 3 pics.  maybe a stolen pic from somewhere??,  did google image search, but didnt get a match) 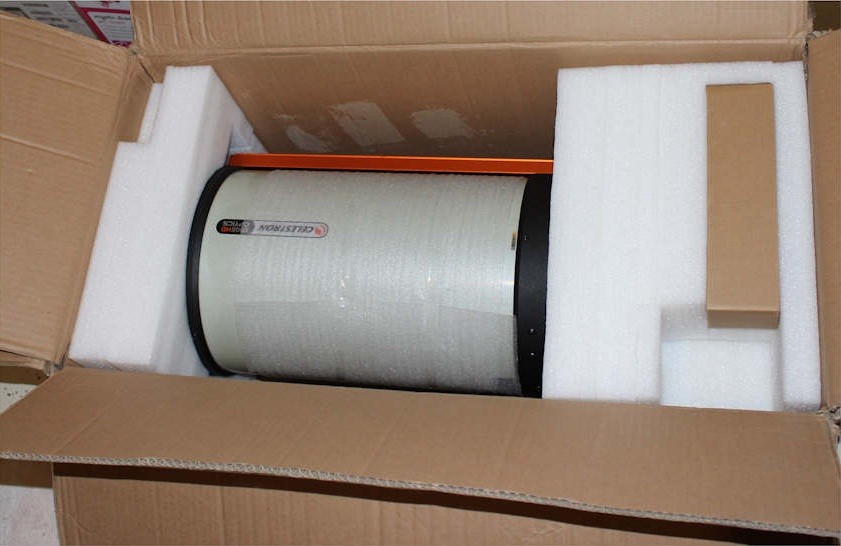 I too today 01-04-2021 answered to a ad on Astromart for a Tak 150 telescope. For some reason when this person Lei Hurst Replied, it also had Tammy Fields name attached to it. It was a little strange. I was dealing with the Tammy Fields and came to an agreement on the price. She sent me pics of the telescope in the box and they look real. I was suspicious and asked if they can send the telescope first and then I would send a check, since I own Pier-Tech inc and a have a good reputation, it would be a safer way to make the deal. She is insisting on me sending the check first, but I am a little weary especially after seeing this post on astromart. Also the ad is now gone and I dont know if AM took it off or if the seller took it off..