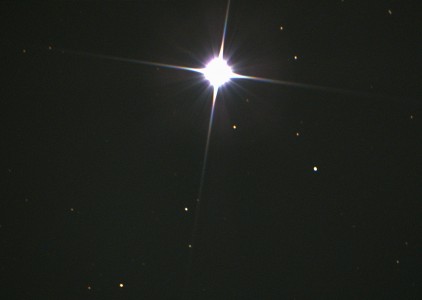 I was about the 22nd viewer of the ad and placed an offer to purchase. Two days later I received a message stating that some earlier buyer failed to make payment and the scope could be mine.

I responded with a request for the sellers PayPal address, so I could make payment. Later that day, I requested a photo of the objective lens.

The “seller” never responded. It’s been 4 days now, and no contact from the seller has been made to me for payment.

I guess they didn’t want to deal with PayPal...

Lots of red flags on that one right out of the gate.....I would have ignored the ad for the following reasons

Thanks for sharing that info Tim!
Much appreciated.

I submitted that I am interested in the scope.
I think with today’s technology. We can limit our risk by requesting a FaceTime type of live meeting. That way you cam see the merchandise for sale. Make them walk out of their residence and show you their address etc.
Show you their face, driver’s license etc.

The buyer is assuming the most risk in these situations so if they are honest and motivated they should be willing to prove some legitimacy.

Hi All,
Unfortunately this appears to be a real scam and I regretfully fell for it
Right after wiring the money, no more sign of life. 10 days later, still nothing
I have a Wells Fargo account number and an account address
Does anyone know what I should be doing? I have never dealt with this situation before
Thanks in advance for any advice

To Olivier, I have no experience in this sort of matter (wiring money to a recipient who fails to respond), but perhaps your bank would advise you on any potential for recovery of funds? I believe that once you wire funds, you've done the same thing as handing cash to someone. At least, with a check, you can pay a fee to stop payment on it.


My primary advise to you is to to use a mode of payment that provides some protection to you. The only mode I use, when buying things on AstroMart and CloudyNights, is Paypal. Paypal CLAIMS that if a buyer purchases an item using the "Goods" mode of payment, that Paypal offers a "Buyer Protection Plan". That plan claims to offer a variety of protections under which the buyer is "protected" if something goes wrong.


As a buyer who has had an incident for which protection was necessary, and requested - a scope I bought was damaged badly by UPS during shipment - I am here to say that Paypal's protection was NOT going to be a complete recovery of my funds laid out for the item. So, don't be fooled by the promise of "protection", because all Paypal did when I requested their intervention was to go back to the seller and ask how much of the funds he was willing to return to me due to UPS's malfeasance. If the seller said "50%" and I wasn't happy with that, I believe that the end result of Paypal's "Protection" program might have been mediation. Paypal doesn't indicate, anywhere that I've seen, what "Protection" means. They tend to use loose terms like "you're covered"... what does that actually MEAN, legally? Probably nothing.

To Greg, I agree with you! I thought about the red flags, as you mentioned. My feeling was that it's a strange set of circumstances, no prior ads, but the new account is the cause of that. A high quality scope, as the first sale? Probably a scam, but... maybe not. It doesn't hurt to throw out an offer, especially if the seller shows acceptance of Paypal. One of the supposed protections of Paypal's "Buyer Protection Plan" claims that the buyer is "covered" if he/she doesn't get what was paid for; so, if I send $3k (plus the fee) for the "excellent condition Tak FSQ106 EDX III" and don't get it, I assume that Paypal will give me my $3,000 back.

I've been involved in 3 of these scams. In all 3 cases, once I stated my intent to pay via Paypal, the process came to a halt. In one case, the scammer didn't reply, at all. In the second case, he/she said something was wrong with their Paypal account, and could I send a check or wore the funds. I refused, and told them to contact me when their Paypal was fixed. They never did. This recent scam by Hay Leverne, he/she e-mailed me 4 days after the ad was posted, and said the original buyer failed to follow through, and so I now had the opportunity to buy. They then ignored my messages for 4 days, after I responded to the note saying I could have it if I wanted it. My response included the request for their Paypal address...

I assumed that a scammer wouldn't want to deal through Paypal. Finally after 5 days, I got a note saying they'd been out of town on a family trip, but were now ready to complete the sale. They didn't respond to my request for a Paypal address, though, so I gave up.

I remember being hopeful on the first scam attempt, being semi-hopeful during the second, and with this FSQ thinking that I really don't need it, but if it turns out to be legit that it would be a nice buy. I have made a few purchases, in the past 18 months, in which the price was really absurdly low - a new or almost new item at 50-60% of retail - to the point that you'd think no sensible seller who'd checked recent sales would go ahead and sell that cheaply. Still, there it is. Do you skip it, just because it's got a cheap price? Maybe the red flags should be a large portion of one's decision.

I've got a bad taste in my mouth from the Paypal experience on the shipping damage, but in the end, the UPS insurance that the seller purchased did end up covering the situation. Had the insurance not been in place, though, I would dispute Paypal's assertion that the buyer was "covered"; because, I would have been half-naked in the eyes of the law after being dressed with Paypal's "coverage".

Still, some protection is better than none. Be careful how you spend your money.

> At least, with a check, you can pay a fee to stop payment on it.

In the ‘for what it’s worth department’, that particular bank service is absolutely no guarantee of anything.

As an example, I was scammed (not Astro related) and put a stop payment on the check. The scammers immediately took the check to a ‘checks cashed here’ establishment, which cashed the check for them for a percentage of the take check.

Scammers don’t put checks through their own accounts, and are more than willing to lose a percentage to the ‘checks cashed here’ guy if it means they have cash in hand.

I have also been scammed on a "too good to be true" offer on OfferUp. The ad was a link to a legitimate looking website that even processed PayPal. I used the PayPal option...Thank god. After 2 weeks, I finally got tracking info. When I checked the tracking, it showed that the item was delivered 4 days before, but no delivery address was ever shown, just my zip code. Of course, I never received the package. I contacted UPS to try to get the full address & delivery confirmation. UPS said they are not allowed to give that information without a subpoena. I then contacted PayPal & sent them the tracking information. They proceeded to attempt contact with the seller. With no luck making contact, PayPal then refunded the entire purchase amount back to my PayPal account.

I will never use any other form of payment, unless it's cash for a local pick up. PayPal does have your back!
Quote
Quality used astronomy equipment & new custom designed 3d printed parts for those hard to find replacement parts or innovative, functional new accessories.

Originally Posted by Olivier Prache
Hi All,
Unfortunately this appears to be a real scam and I regretfully fell for it
Right after wiring the money, no more sign of life. 10 days later, still nothing
I have a Wells Fargo account number and an account address
Does anyone know what I should be doing? I have never dealt with this situation before
Thanks in advance for any advice

Olivier you are not the only one  I sent him a 3K Cashiers Check and never heard from him again.
So Laverne Hay has nailed at least two amateur astronomers.

Please let me know the town and state you mailed your payment to.

Originally Posted by Greg Shaffer
Lots of red flags on that one right out of the gate.....I would have ignored the ad for the following reasons

I should read your post at least twice. I had been a nut at that moment. The scammer "Crisel Tara-Jo R Crusoe" sent his bank number and address(registered at his bank). My bank checked his legitimacy, then fell for it!! No echoes for a week now. He removed his post already. So, I am going to report it to his bank, FTC and local district attorney office. I don't think I can get my money back, but a lesson learned.