Well, it was VERY cold night, with VERY cold wind blowing, here called bura.
We waited clean night few weeks, but due bad rainy weather, it couldnt be done before.
Bura perfectly cleaned finally all, so no moisture in th air.

Oberrvers: Kruno, Damir, and me.

About Powermates what I like to do is, to put 1.25" powermate PAIRS directly in eyepeice holders, so there is no/almost no focuser shift needed, and no added magnifications like when Powermates are putted on back side of bino, which is done with 2" Powermates later.

Damir recently bought Baader Mark V binoviewer, and he primarly wanted to see differences between it and mirrored binoviewers like Leica and Zeiss premium sharpest ones.

Why I say premium ones?
Because there are more than several mirror models of both companies, and these models/units are best ones.
Not only that, but there is new TS BIG binoviewer model with TS stated 28mm Clear Aperture of prisms, so that was first night finaly available that we can see how it performs.

BTW, it was finally time to spent time with friends on clean nght

Observing time start from 23.40 hours, and Moon was very high positioned on sky, which was great chance to use it as main target.

In 99% of observation results, we all 3 agreed about conclusions what our eyes/brain can see.
Also, in all 3 telescopes, results was same, and in APO refractors, we used mirror diagonals, and with both APOs we were able to reach focus with T2 mirror diagonal system, witout need of using any GPC, barlow, Powermate etc, which is absolutely great!

Lets start with new TS BIG binoviewer, and here was one thread started with some infos about it


What is interesting, we could NOT spot any optical difference on Moon craters, shades and any details between Baader Mark V binoviewer and new TS BIG binoviewer, even at very high magnifications.

On DSO like Orion nebulae, and some interesting objects, there was also no difference at all.
Honestly, I expected nothing less than that, but Damir was not satisfied,and was bit dissapointed, while he expected to spot some difference for what he paid for Baader Mark V binoviewer.

Thats good point of China made optics in that bino, but there is one important difference to be realised: as expected, Baader Mark V mechanics is MUCH beter than new TS BIG binoviewers mechanics, so after realising that point, Damir calmed down a bit.

Damir and Kruno for first time had chance to throw eyes via Carl Zeiss Sharpest and Leica Sharpest binoviewers with mirrors, and there was real suprise for them: they could see that both Zeiss and Leica showed zero colours at any magnification on Moon limb/edge, what was easily detectable both in Baader Mark V and new TS BIG binoviewers.

Also, they could testify that Zeiss and Leica binoviewers shows more finer details on Moon surface, crater shades were more pronounced, and when we do splitting stars test, both Zeiss and Leica revealed thiner stars and were easier to split.
I know its same for any object, including Jupiter and Vega etc, where Zeiss and Leica with mirrors binoviewers show superior optical performance with pure chrystal clean views, and max possible details.

Of course that was not something new to me, but I am glad to share that experience with friends we rarely do astronomy association, and then crossed through my mind some rarely posts about mirrored binoviewers users like here
https://www.cloudynights.com/topic/653850-cff-160-f65-evaluation/

After we finised VERY COLD observation, nothing couldnt warmed us, and still, after sleep, I still shaking, brrrrr.....

P.S
Some asks me if I compared Zeiss and Leica binoviewers vs big Siebert mirrors 2" binoviewers.

Yes I did, and result was:

Zeiss and Leica shows noticable more contrast, more details, much less scatter, more sharpness, and whats very interesting, noticable more brighter image.
I think its becasue laws of physics: both Leica and Zeiss have MUCH smaller beamsplitter + Zeiss and Leica optics is better made as expected.

P.P.S.we continued to do same test on Venus.
Sky transparency is still excellent!

Well, I have to say that colour arround Venus is more prominent than we saw on Moon edge, when using all prism binoviewers new Baader Mark V and new BIG TS binoviewers.

I expected some little as well to be honest in Sharpest Zeiss as well on Venus, but, none of us saw any.
Pure chrystal clean image! 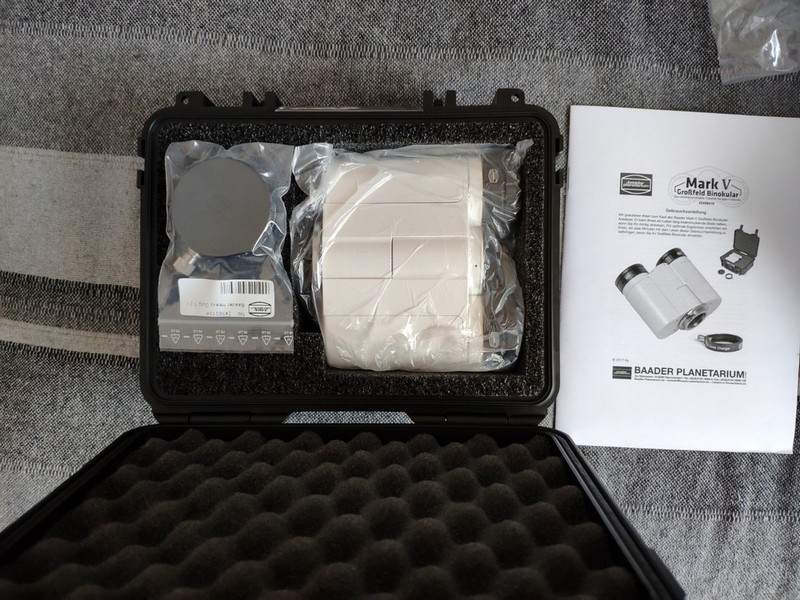 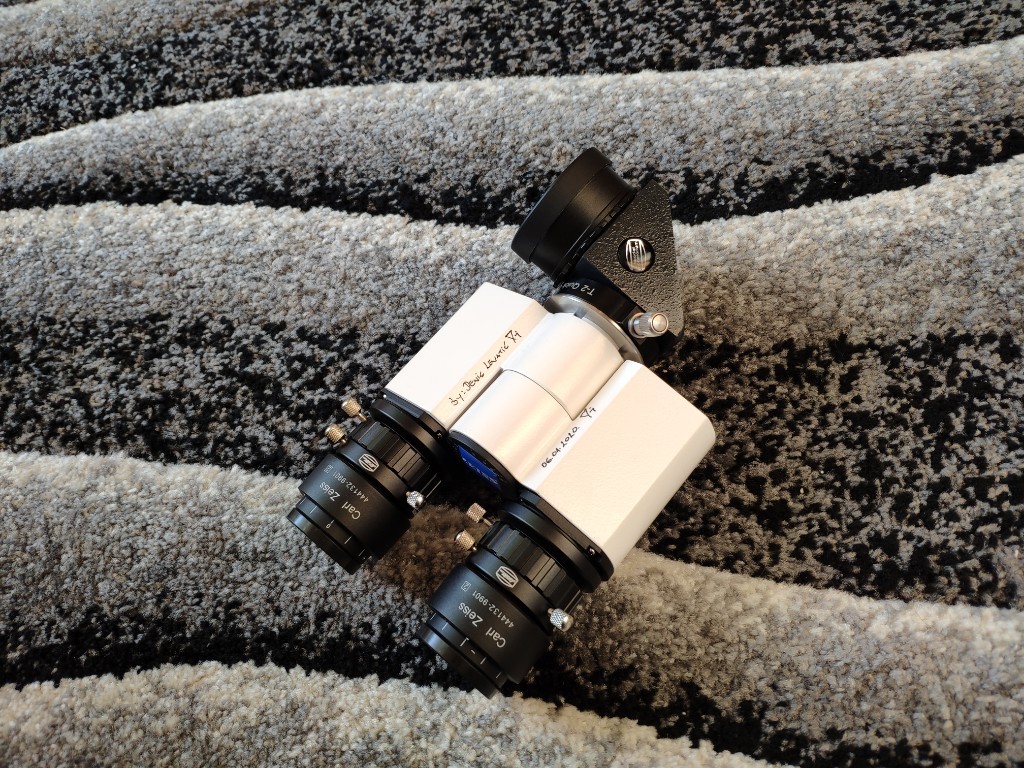 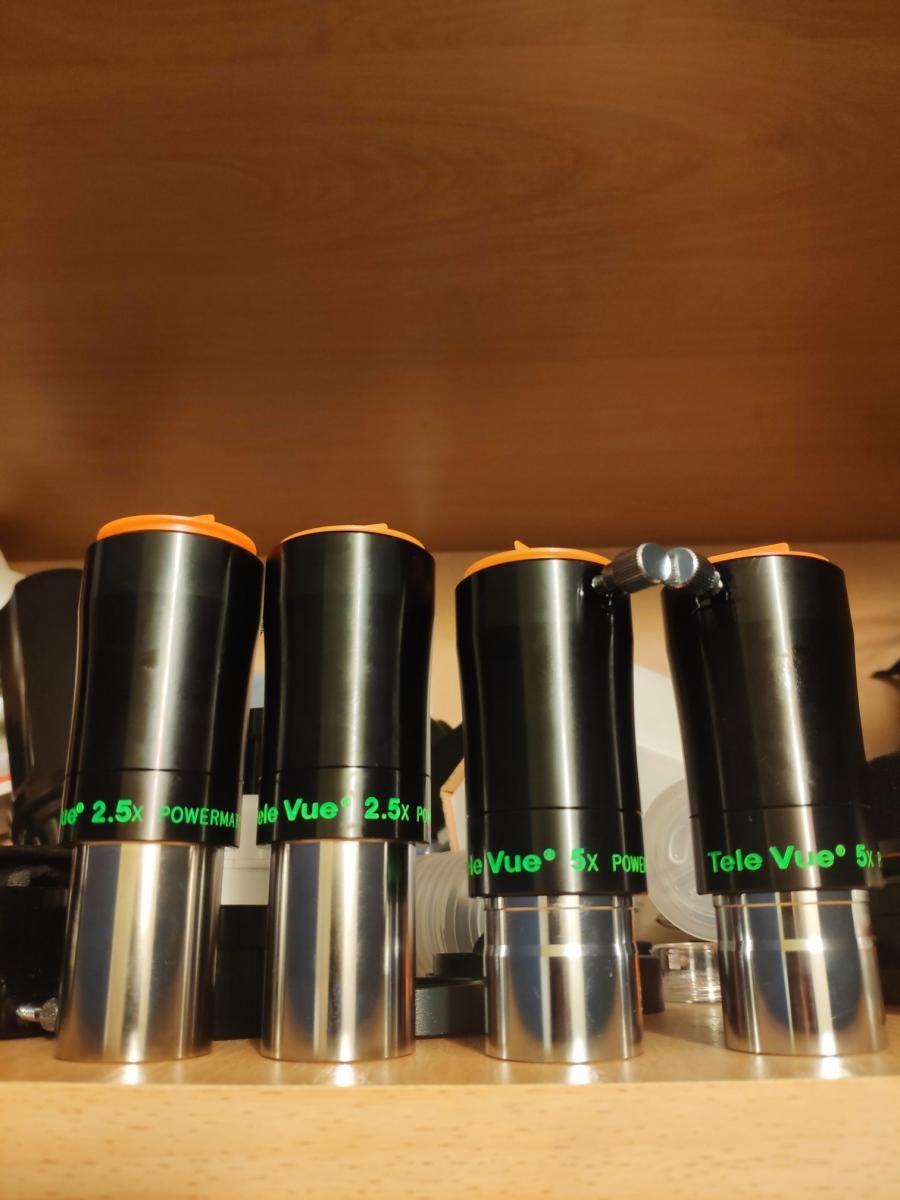 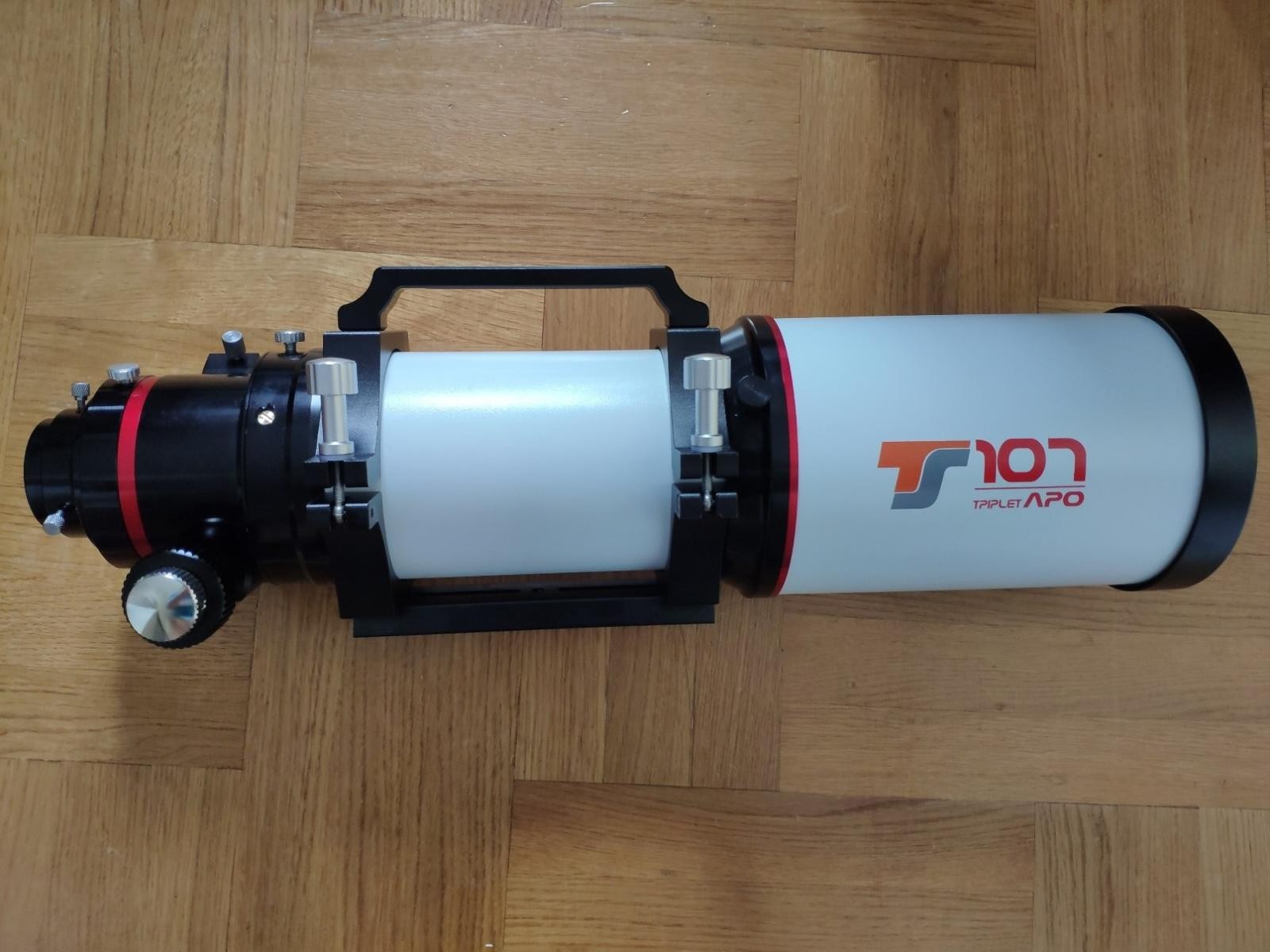 "Also, in all 3 telescopes, results was same, and in APO refractors, we used mirror diagonals, and with both APOs we were able to reach focus with T2 mirror diagonal system, without need of using any GPC, barlow, Powermate etc, which is absolutely great!"

Originally Posted by Dennis Dickerson
"Also, in all 3 telescopes, results was same, and in APO refractors, we used mirror diagonals, and with both APOs we were able to reach focus with T2 mirror diagonal system, without need of using any GPC, barlow, Powermate etc, which is absolutely great!"


If you did not use the GPC with the prism binoviewers then you should expect them to show some color.  One of the roles of the GPC is to correct the inherent color errors in a prism-based system.