After 9 months I have almost completed an 18" F3.6 astrograph project. I am waiting for a FLI Atlas focuser and it is supposed to be delivered any day now.

This has been a major undertaking but it has been a lot of fun. I've built several scopes over the years but nothing this ambitious.

The tube is a carbon fiber composite sandwich tube that uses a 3/4" Nomex honeycomb core. Instead of going with tube rings I built the tube such that the dovetail mounts directly to the tube using eight 1/4-20 screws. I prototyped the tube and mounting points and the carbon fiber never fails to impress me with its strength and rigidity. I also made the mirror backplate and collimation cell from carbon fiber composites.

Collimation is accomplished through three 1/2-20 coaxial screws (primary mirror) and three pairs of push pull screws for the secondary mirror.

Focusing duty will be performed by a FLI Atlas focuser (when it finally arrives).

To help cool the optics I installed three 80mm CPU fans using rubber washers to minimze vibration. I also installed a small pot that is used to adjust the speed of the fans.

The entire inside of the tube has been covered with flocking paper to help capture any stray photons.

For the finish, I applied a quality, gloss black automotive urethane paint to the tube and setup a small anodizing station to anodize all of the aluminum parts with a nice, black finish.

The entire OTA with the 3" Wynne corrector, focuser and a STL type CCD camera weighs about 85 lbs.

I'm very anxious to have first light with the scope. I have been able to view some trees across the street so I at least know the scope focuses.

I much prefer building scopes to using them so I'll most likely sell this one within the next few months and start on the next (optics on the way for a 16" F3.5 Newtonian astrograph). 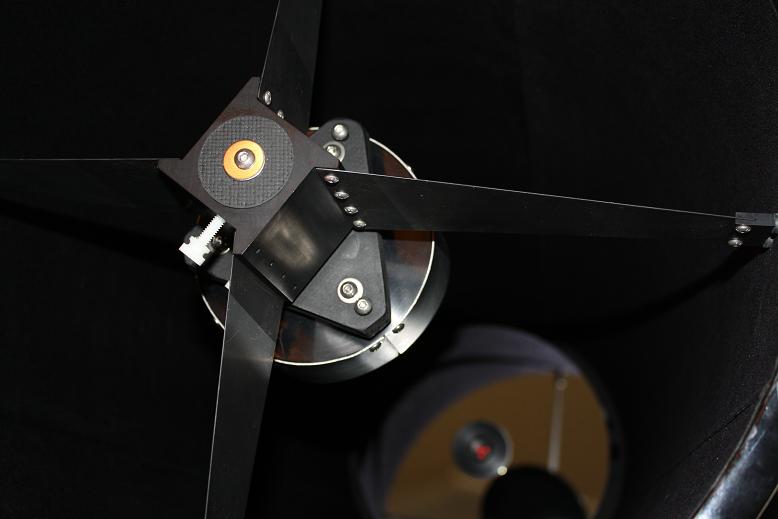 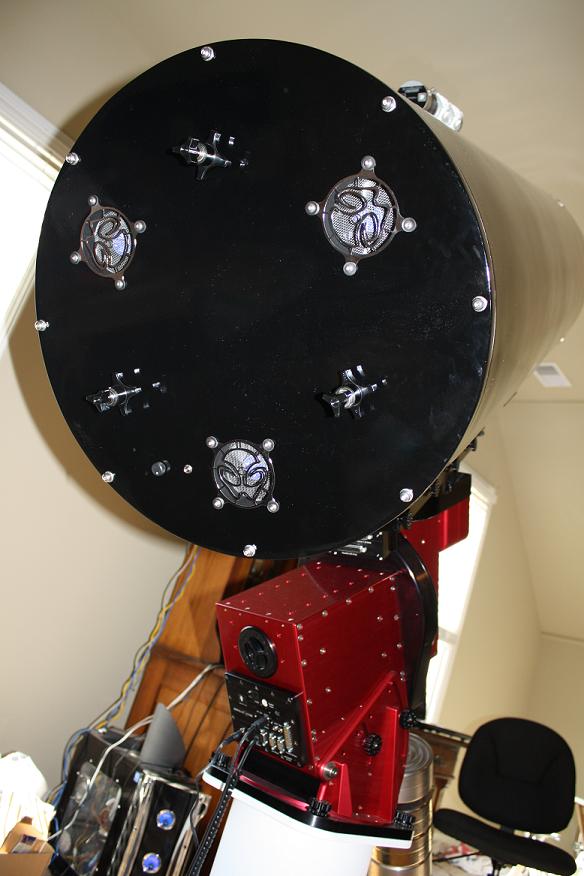 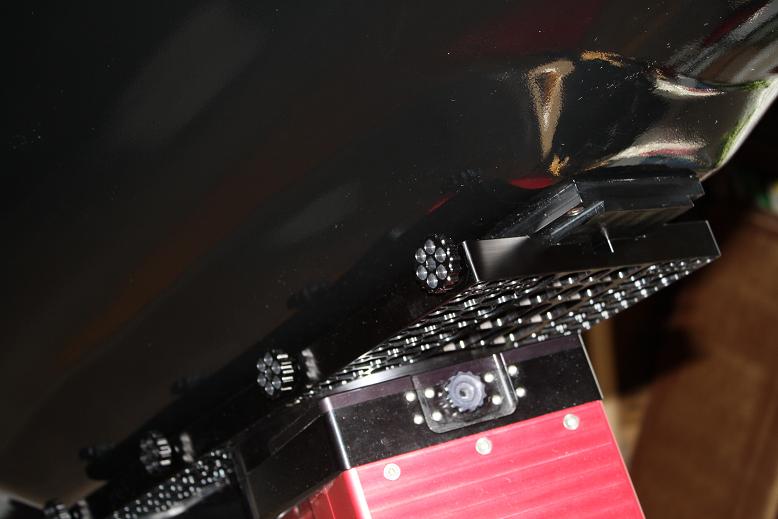 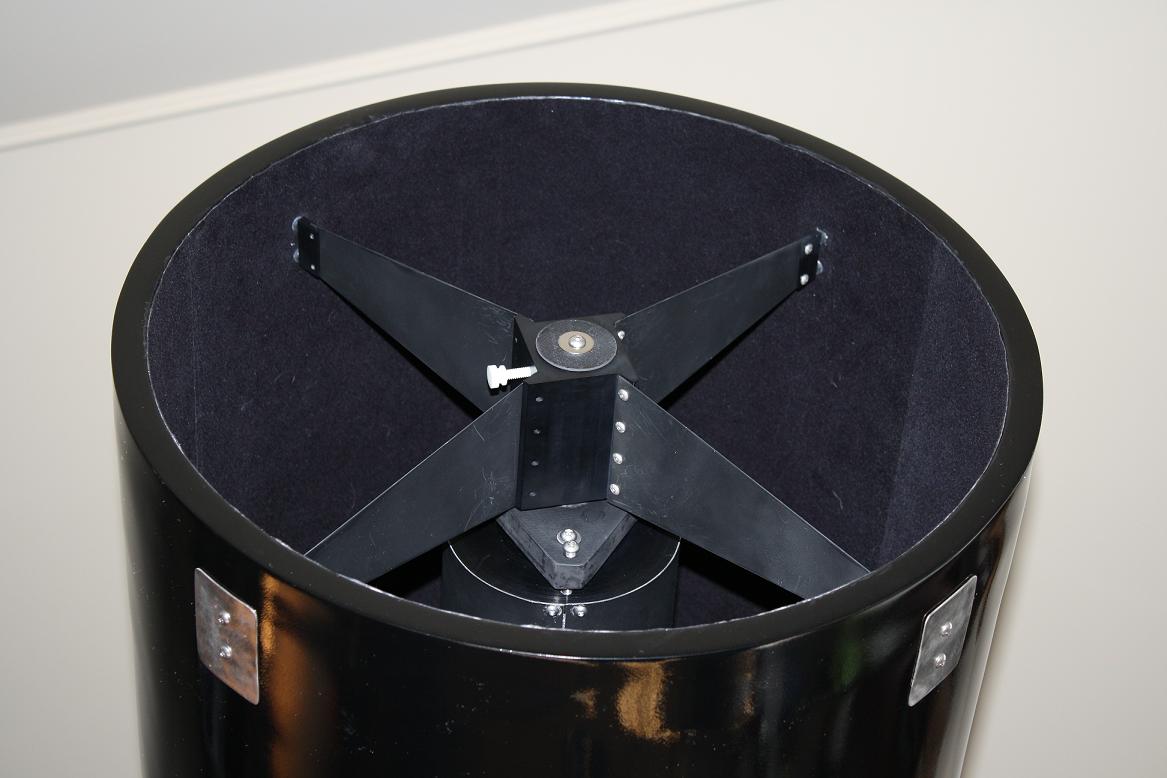 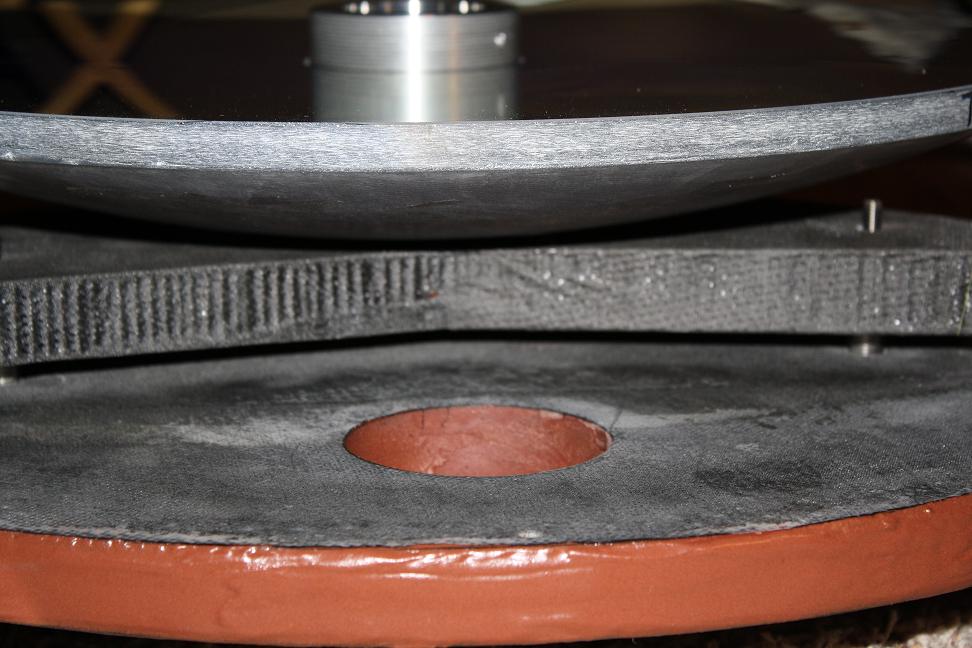 [COLOR="Purple"]Nice work Dave! I enjoy the building as much as the observing. Like Floyd, I'd like to see some images from that bad boy! 8O
Bill[/COLOR]
Quote
Post Reply