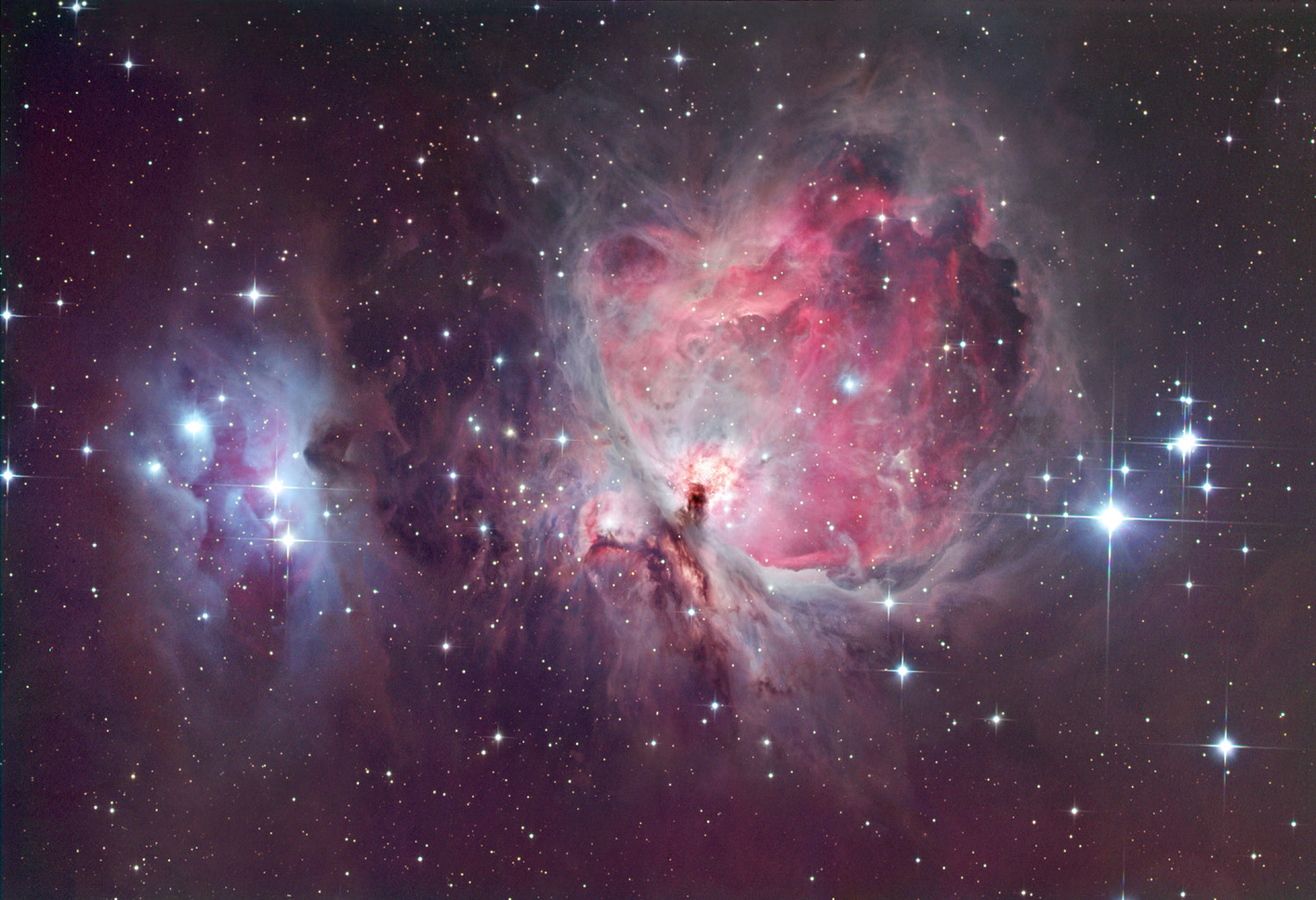 Hi folks,
I saw an opportunity to get some decent dark sky observing in on Wed night. So despite the fact that I have to get up for work at 5:00am and I had a big deadline to meet this week as well, I figured I HAD to do it. Observing opportunities have been few and far between this year.

I planned on spending the evening almost exclusively on galaxies, as the transparency rating was good, but seeing was not. There was a thin cresent moon, but it set pretty early.
M51 and M101 displayed nice spiral arms, though M101 was not nearly as bright. Better detail on M51, with the bridge quite obvious.
M104 was looking good, as was NGC 4565. Love those dust lanes. 4565 was somewhat crisper in detail, probably due to it's much higher position in the sky.
Speaking of dust, the black eye, M64, sure shows a lot of it. An aptly named galaxy. It was big, bright and beautiful. M63 was a little disappointing. Mostly a golden glow, without much detail.
NGC 4631, the Whale, was quite impressive. While in the area, I checked out NGC 4559 and 4725, which Inge had just recommended. Quite worthwhile.
The Leo Trio looked really great. Better than I ever remember.
Then, while cruising around in Virgo, I found the Markarian Chain. Wow. I think I counted 10 galaxies trailing off like a cornucopia. I had seen M84/86 before but never all the others. But then I never had a good sized Dob before.

M81/M82 were blasting down on me like beacons in the night. Incredible.
Figured I'd better look at something else, so M3 seemed like fun. M13 was even more fun. (There was one other guy there, who had a 25" Obsession and he showed me M13 in binoviewers, which was even more, more fun!) Scorpio was creeping up above the treeline, so I took peek at M4 as well.
So I was just thinking I'd better get heading home, when I noticed Cygnus had risen. Oh dear. Resistance was out of the question. :S
I HAD to get a "quick" look at the Ring and Dumbbell nebulae. They looked amazing. And I didn't even mess with any filters.
But I did pull out the O-III filter, and put in the 41 Pan, for a grand finale with my Holy Grail, the Veil. Wow. What an amazing sight. 8O What a great way to end the night!
Unfortunately, by then it was no longer night but morning. I did't get off the mountain until after 1:00 and by the time I was home in bed, it was 3:00. 5:00 came very quickly. But the next day went very slowly. To make matters worse, overtime was demanded. It was all worth it though, and I'd do it again. I just kept reminding myself of what great sights I saw up there.
Linton

Wish I would have been able to come up and join you, but I to had to be some where and I needed to get some sleep to get it done.
Next time. Let's get together next new Moon.

Linton,
I had hopes for a night at Pinos last Tuesday but as you know, the clear sky clock did not bode well. It did predict better conditions on Wednesday but I wasn't able to go. Glad to know you were able to take advantage of it. It appears you had quite the tour of DSOs!
Quote
Posted 05/13/2005 08:03PM #3
Ed York
View public profile Send a private message to Ed York Find more posts by Ed York Find threads started by Ed York
Forum Member

I had a night like this a couple of months ago, but of course the Ring was up at 4:00. It was the only time so for that I viewed it with my 12.5 dob. I've viewed in a number of times in my 8" and a couple of times in an old 17" coulter at a weekly star party. The view in my 12.5 blew all of those away. M4 is also very nice. It is a very interesting glob. I'm surprise you skipped M5.

From your location, can you get Omega Centauri? It is simply amazing. Even in the murk it is a sight. I had my scope on it and the guy next to me with a 22" asked what I was chasing. He then followed suit. OC in a 22" with a Swayze figured mirror. Need I say more.