I have made my first observation of Jupiter on November 28, 2002 using my new custom 9-inch (23-cm) F/13.5 Maksutov-Cassegrain. Much detail was noted over the disk even though made under average seeing conditions (5-6/10). I hope to make many observations of Jupiter in the future, including sectional sketches and transit observations. I hope that you all enjoy my observation. Any comments are welcome on this observation.

The best of luck to your own observations and imaging. 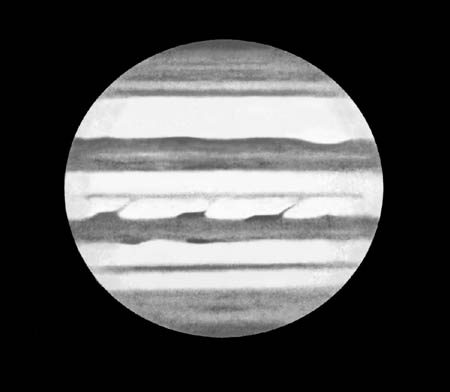 Hope you had a happy Thanksgiving. As usual, you drawing is excellent.

Below is one from this morning, 11.29.02, showing a Europa shadow transit. 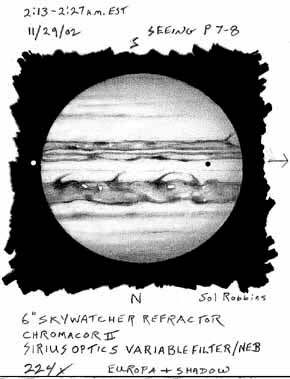