Who Was Jesus? (peace be upon him)

Now is a christmas time ,let talk about Isa(Jesus){peace be upon him}!!!!!!
Let open some bridges between us (monoteism).I'll try to open this talk about Isa p..b.u.h with a Muslim Perspective.
In the Holy Qu'ran you can find stories about Isa .p.b.u.h.that you never find in todays the bible.That is why Reading Qur'an and Hadith is big plus for christians and Jews as wel.(I would recomend as a reminder),
on the other hand Muslim scholars had (use) to take prophets stories from Israiles to complit the comment (tefsir)of the Qur'an ,when they had no hadith for stories.
that is why christins and jew should read the Qur'an to understand the bible better too.
we all have to be open minded.
Islam honors all the prophets who were sent to mankind. Muslims respect all prophets in general, but Jesus in particular, because he was one of the prophets who foretold the coming of Muhammad. Muslims, too, await the second coming of Jesus.
They consider him one of the greatest of Allah's prophets to mankind. A Muslim does not refer to him simply as "Jesus," but normally adds the phrase "peace be upon him" as a sign of respect.

[COLOR="Blue"]No other religion in the world respects and dignifies Jesus as Islam does. The Quran confirms his virgin birth (a chapter of the Quran is entitled "Mary"), and Mary is considered to have been one of the purest women in all creation. The Quran describes Jesus' birth as follows:[/COLOR]

"[COLOR="Green"]Behold!' the Angel said, God has chosen you, and purified you, and chosen you above the women of all nations."
[Noble Quran 3:42][/COLOR]

[COLOR="Green"]"Mary, God gives you good news of a word from Him, whose name shall be the Messiah, Jesus son of Mary, honored in this world and in the Hereafter, and one of those brought near to God. He shall speak to the people from his cradle and in maturity, and he shall be of the righteous. She said: "My Lord! How shall I have a son when no man has touched me?' He said: "Even so; God creates what He will. When He decrees a thing, He says to it, 'Be!' and it is."[Noble Quran 3:45-47][/COLOR]

Muslims believe that Jesus was born immaculately, and through the same power which had brought Eve to life and Adam into being without a father or a mother.

[COLOR="Green"]"Truly, the likeness of Jesus with God is as the likeness of Adam. He created him of dust, and then said to him, 'Be!' and he was."[Noble Quran 3:59][/COLOR]
During his prophetic mission, Jesus performed many miracles. The Quran tells us that he said:

[COLOR="Green"]"I have come to you with a sign from your Lord: I make for you out of clay, as it were, the figure of a bird, and breathe into it and it becomes a bird by God's leave. And I heal the blind, and the lepers, and I raise the dead by God's leave."[Noble Quran 3:49][/COLOR]
Muhammad and Jesus, as well as the other prophets, were sent to confirm the belief in one God. This is referred to in the Quran where Jesus is reported as saying that he came:

[COLOR="Green"]"To attest the law which was before me, and to make lawful to you part of what was forbidden you; I have come to you with a sign from your Lord, so fear God and obey me."
[Noble Quran 3:50][/COLOR]

Prophet Muhammad emphasized the importance of Jesus by saying: "Whoever believes there is no god but Allah, alone without partner, that Muhammad is His messenger, that Jesus is a servant and messenger of God, His word breathed into Mary and a spirit emanating from Him, and that Paradise and Hell are true, shall be received by God into Heaven. [Bukhari 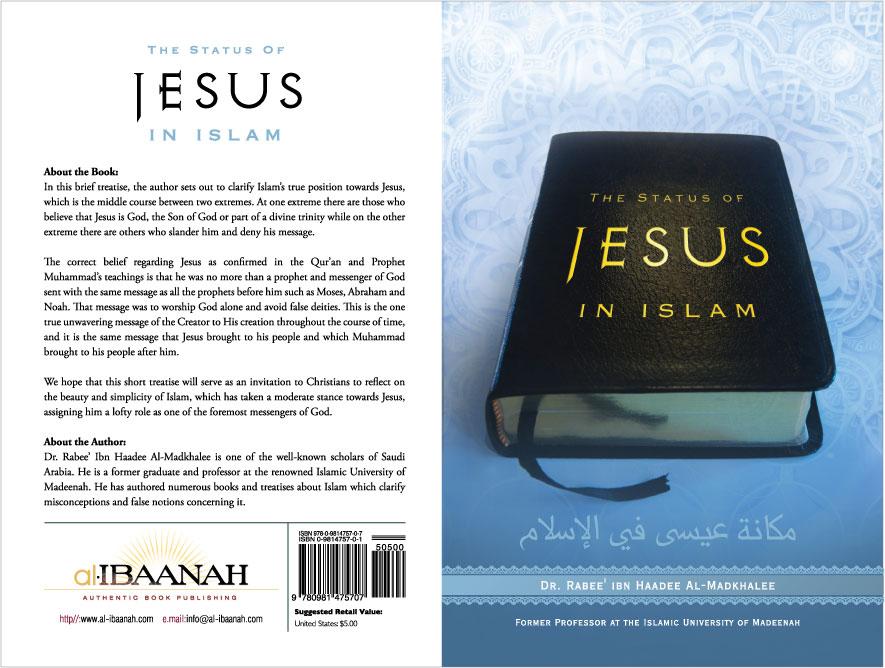 Now is a christmas time ,let talk about Isa(Jesus){peace be upon him}!!!!!!

Who was he? Assuming he actually existed, something for which there is room for doubt, he was a somewhat radical Jewish rabbi. He was not a god, he was just a man like you and me--his followers conveniently transferred some of Dionysus' schtick including the resurrection business to him. He didn't have super powers. He didn't die and come back to life magically. Likely he would be appalled if he really did get resurrected today and found the Gentiles _worshiping him_. ;-)
Quote
Uncle Rod

Time on your hands?
Waste it with Uncle Rod's Astro Blog!

I am sorry but I cannot see how there can be a bridge between Christianity and islam when it comes to Jesus. Islam believes Jesus was a prophet, as a Christian I believe that Jesus was God. The two cannot be harmonised.