In October, we spent a few days in Las Vegas....doing virtually nothing in Las Vegas.  Instead, we visited Hoover Dam, Red Rock Canyon, and Valley of Fire.  Oh, and I got to drive seven laps in a Ferrari 488 GTB and seven laps in a Porsche GT3 at Exotics Racing (my birthday present from my 60th in 2018), but that's for another day.

The most beautiful spot in Valley of Fire State Park is the Fire Wave: 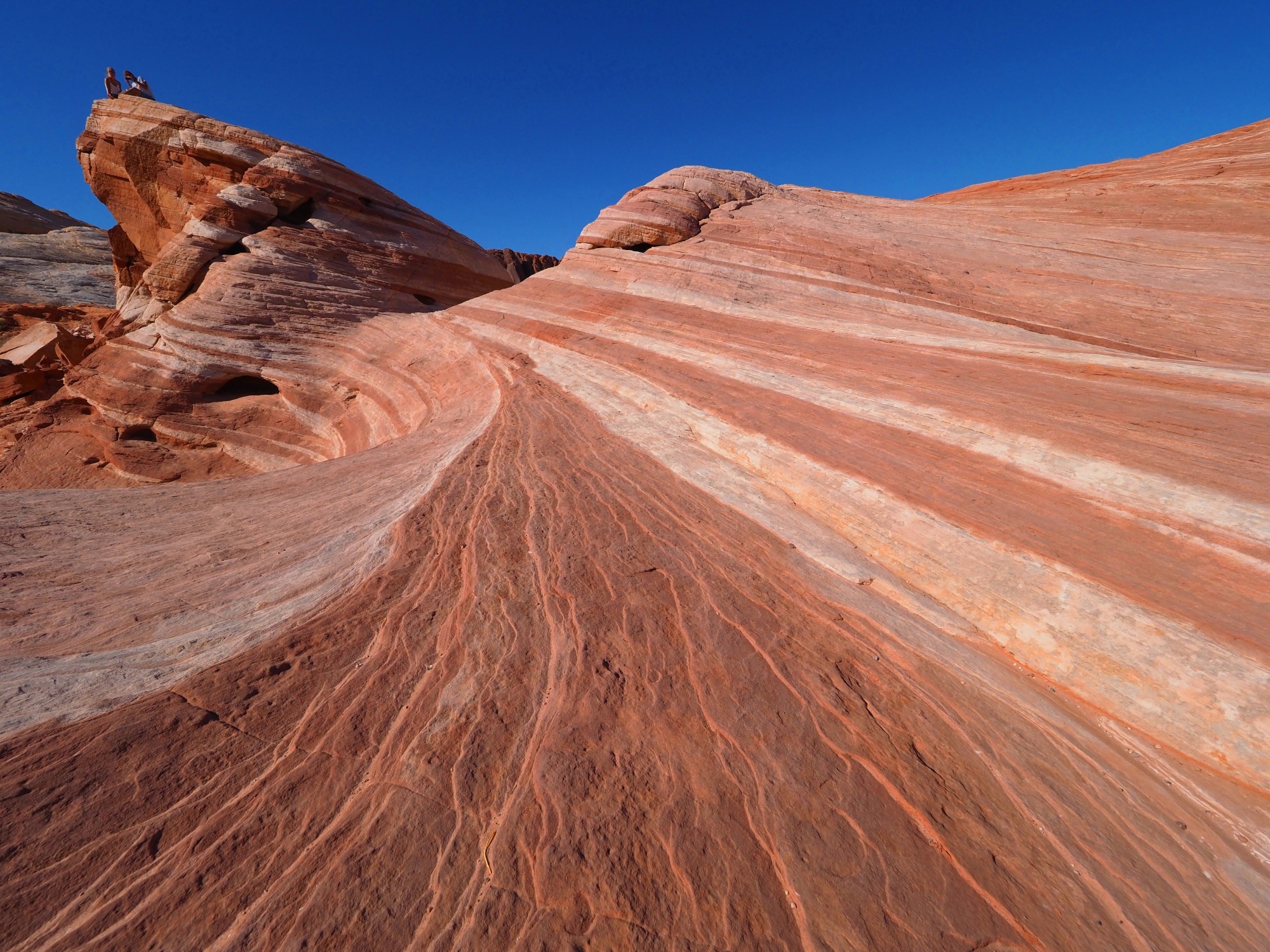 Great photo.....I am sure Red Rocks was awesome as well.....but a visit to Vegas just wouldnt be right without driving at least one exotic

Red Rocks was nice.  Unfortunately, the only time slot we had for it was late afternoon and some of the best parts were already in shadow.  My photos there just weren't as good as the ones from Valley of Fire.  Next trip, we will go to Red Rocks in the morning.

We don't visit Lost Wages all that often, but since it's only about a 6 hr drive from Fresno, it works for a long weekend.  We just avoid the casinos.  We have flown in the past, but right now there is no direct service between Fresno and LV.

Regardless, this was going to be a driving trip from the start.  We drove over in two vehicles with my oldest daughter and her family.  We rented a house for the weekend (Air B&B).  It was my daughter's 15th anniversary, so we did some stuff with the grandkids while she and our SIL went out for a nice dinner on Saturday.  Having two vehicles meant we could move the grandkids around so they didn't get on each other's nerves too much (11-yr-old girl and 8-yr-old boy).  And, it gave us the opportunity to show the grandkids Callico Ghost Town near Barstow.  Sure, it's a tourist trap, but they had fun and it's actually a pretty good place for photography, especially B&W.

The driving experience I rate 11 out of 10.  It was a hoot and both instructors were really good.  I went faster in the Porsche, but I liked driving the Ferrari better.  However, I would accept either one as a gift.

My oldest nephew raced cars for several years and he had told me beforehand I would like the Ferrari better but would probably get around faster in the Porsche.

I drove the Ferrari first.  My best lap was 1m01.74s, which is only about 40th percentile for all best laps at Exotics Racing (the data is available on their website).  My best lap in the Porsche was 56.537s, which is about 86th percentile for all best laps.  For comparison, the track record (by a professional driver) is under 49 seconds and the slowest best lap (as of mid-October) is an astounding 4m03.794.  I think I could ride my bicycle around the track faster.

I also beat my personal top speed record.  In both cars I hit 119 mph and change.  My previous record (set back when I was in college and invincible) was 115 mph in a Mazda RX-2 on the I-580 between Livermore and Tracy.  And, I was NOT the fastest vehicle on the freeway at that time.  I was passed by a full-size, fully tricked out Ford Bronco doing at least 150 mph.
Quote
Posted 04/05/2020 06:35PM #3
John MacDonough
View public profile Send a private message to John MacDonough Find more posts by John MacDonough Find threads started by John MacDonough
Forum Member

Originally Posted by Fred Lusk
My previous record (set back when I was in college and invincible) was 115 mph in a Mazda RX-2 on the I-580 between Livermore and Tracy.  And, I was NOT the fastest vehicle on the freeway at that time.  I was passed by a full-size, fully tricked out Ford Bronco doing at least 150 mph.