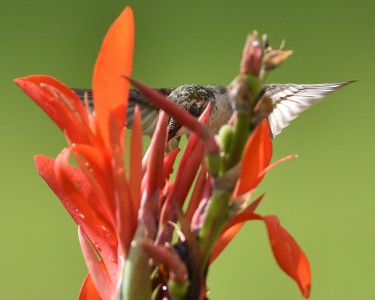 Posts Made By: Bill Burghardt

My time here will be limited for the next week or so.

Arrangements for the loss of my mother and planned surgery on my self will be primary concerns for the upcoming week or so.

Please work together to increase each members understanding of other views on our lives and this world.

No responses necessary, those that have shared in this part of life know the situation I am in, to those yet to face these times, understand that the people around you will respond in many ways and all will be, in their own individual way, providing support at a difficult time in ones life.

September 3, 2007 09:44 AM Forum: Religion
I forwarded this in private to Eric recently. The response has made me feel it worth sharing with those that have followed this forum through its trials and tribulations.

Thank you, Dr. Gage, for giving me a few words that justify my opening my SINCERE views to our public.

Below is a portion of a letter to a recently published friend of mine, his telling how he has found his guidance to be from Jesus. This gentleman is one of the sincerest people I have (ever) met, and am honored to call my friend.

In this letter, I share a true aspect of an unknown but very real force that has been in my life for at least 52 years.

Hoping for respect of me, an open offer of the most accurate appraisal I have ever written of my feelings in regards to religion or whatever (it) is that guides us through this life:

"We have more in common than either may fully realize!

I suspect your Shepard and the whatever I have lived with for most of my life have much in common, though show themselves in dramatically different ways. I have lived with a "supernatural" guardian angel for over 50 years. Only within slightly over two years has that apparition been visible long enough and close enough to be fully recognized. AT LEAST TWO events in this recent history are so real that the feeling of, if not true, physical contact was there. She has shown happiness, pain, sorrow; CLOUDED MY PATH (a place we often visit, yet this day having a situation related to a past life threatening incident, the walkway and front door shrouded in a dense cloud visible to only me!), and visibly shown displeasure, fear and openly wept for my safety where I was in the presence of three people that at one time wished me terminal harm. I have watched her push one party away from a path that would have lead directly past me, forcing that party to drop the items being carried, possibly but to provide me with comfort and privacy!

We both know there is something out there affecting our lives. I suspect it takes a form most useful to the person it is responding to. Yours is Jesus, mine is showing in the form of the only true love I will ever have."


November 2, 2007 07:01 AM Forum: Refractors
Mike Clemens made his own tube for a TMB lens several years ago. You might look him up and find out about his trials and tribulations. Easier, buy a premade tube unless you need something special.

November 15, 2007 07:52 PM Forum: Religion
I WAS joking, UNTIL I just googled mine and several other names in the active category of this forum.

Apparently something or someone has found some of our inputs or dialogues entertaining enough to note them in GOOGLE!

November 16, 2007 11:06 AM Forum: Refractors
Looked at your reference and it is correct as far as the drawings are concerned. Any thing cutting off the image between the straight lines between the full size opening of the lens and the full size image at focus will limit your illuminated field. Hopefully at what ever the shortest retracted position of the focuser tube may be, when focused on an object, it will not interfere with the light cone. That is probably a common limiting factor if not considered during the design stage.

LONG ago this was discussed somewhere, possibly TMBoptical on Yahoo groups.

BASICALLY, just follow the directions in the referenced link. MAYBE my wording of how I would do it may help: determine the focal plane by placing a translucent piece of paper or similar on the end of the focuser to create a "screen" to focus on. Move the focuser until an image at "infinity", ideally as far away as practical for your situation, is in focus on the "screen".

Measure the total distance from the front element of the lens to the end of the focuser.

Use a piece of paper long enough to make a full size drawing of the scope, diameter of the lens to diameter of the eyepiece end of the focuser. Draw a line from the "top" of the lens to the inside top of the end of the focuser tube, repeat with another line from the "bottom" of the lens to the inside bottom of the focuser tube. Your baffles must be just outside these two lines to prevent light cutoff from your baffling. IF practical, many will suggest just use flocking material, it is easier to install and quite possibly just as good. Darken any shiny spots that can be seen inside the tube from the eyepiece end. One baffled tube ready to go.

The Supreme Court is reviewing the constitutionality of states to ban hand guns.

This will be a good one to follow as it is heard. I expect them to say that DC has the right to ban them. What do you think? What will be more interesting will be the final split and the wording from the court. Depending on the wording this could be a big deal or a dud.

I CAN ONLY HOPE that someone defending the constitution remembers and brings forth the, maybe 1960's, Supreme Court decision that one has to protect oneself, as the police are there to enforce the law when broken, BUT NOT DEFEND THE CITIZEN even when the citizen has proof of someones intent to do him harm.

It was a local dispute that the police were called into, and they were aware of threats made to one of the people. That party was told by the authorities to be prepared to protect himself if something happened. Well, it did happen and when the victim called for help, the police got there too late to prevent serious harm.

A bit of searching will find the ruling, and IIRC the wording literally tells the average citizen to be ready to protect oneself at least to the level of possible violence in his living area. When guns are used against the ordinary citizen, that citizen should be allowed to be able to respond in a like manner by this old ruling!

January 4, 2008 07:33 AM Forum: Religion
The activity on that "OTHER" forum makes me wonder if Herb finally discovered a way to let this forum die a gentle death?