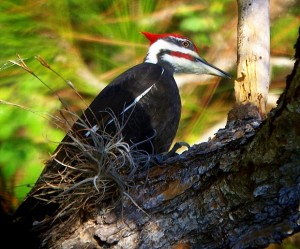 May 29, 2012 01:28 PM Forum: Politics
SEN. TOM COBURN, R-Okla.: ... "We have unfunded liabilities of $131 trillion in Medicare and Social Security alone. That's with -- here's the other thing that most people don't know. Government uses government accounting. If you use generally accepted accounting principles, our unfunded liabilities right now that your kids, my kids, and our grandkids are going to have to pay for us is $131 trillion.

That's a million dollars per child born today in this country."
http://www.pbs.org/newshour/bb/politics/jan-june12/coburn_05-08.html

...but I thought they were "our" friends back in the 1980's. Perhaps our beloved, ex-demi-god-in-chief Ronald Reagan had it all wrong? I know... that was 30+ years ago. It's time to forget about that lapse of good judgement.

At least these Mujahideen were good guys:
:S

Since the Russians can actually inflict some serious damage with its ICBM's, I am sure things will be handled prudently... not so much with Iran. Iran can be bullied. Sitting here, waiting for a Gulf of Tonkin style event in the Persian Gulf.

They also have links to other comets on their home page.

And what the hell is that idiot in fatigues doing taking videos of children who are not members of his own family?

The Obama administration has been excoriated by the Israeli government and its political allies in the United States for allowing the U.N. Security Council to pass a resolution that both condemned Israeli settlements and Palestinian terrorism. In a nutshell, the resolution basically restated international law, and received the support of every member of the council except the United States, which abstained. It was hardly controversial in most of the world.

“This is an abandonment of Israel which breaks decades of US policy of protecting Israel at the UN,” one unnamed Israeli official told the Jerusalem Post.

Except it isn’t. Throughout his entire term, this is the only resolution critical of Israel that the Obama administration allowed to pass at the Security Council.

The last Republican president, George W. Bush, allowed six similar resolutions to pass[1]. This included, for example, a 2004 resolution[2] calling on Israel to stop demolishing the homes of Palestinian civilians. Israel recently revived this internationally condemned practice, but under Obama it has not received a Security Council rebuke.

George H.W. Bush allowed through nine resolutions[3] critical of Israel. Unlike with Obama, the elder Bush not only allowed some of these resolutions to pass, but he also supported them. For example, Security Council Resolution 681[4], passed in 1990, criticized Israel for engaging in deportations of Palestinian civilians from the Occupied Territories and called on the Israeli government to respect international law.

During the Reagan administration, 21 Security Council resolutions[5] critical of Israeli government actions passed. This includes Resolution 573[6], which condemned an Israeli attack in Tunisia.

In his speech at the State Department, Secretary Kerry spoke of the administration’s robust support for the Israeli government:

Time and again we have demonstrated that we have Israel’s back. We have strongly opposed boycotts, divestment campaigns, and sanctions targeting Israel in international fora, whenever and wherever its legitimacy was attacked, and we have fought for its inclusion across the UN system. In the midst of our own financial crisis and budget deficits, we repeatedly increased funding to support Israel. In fact, more than one-half of our entire global Foreign Military Financing goes to Israel. And this fall, we concluded an historic $38 billion memorandum of understanding that exceeds any military assistance package the United States has provided to any country, at any time, and that will invest in cutting-edge missile defense and sustain Israel’s qualitative military edge for years to come. That’s the measure of our support.

Republican administrations, by contrast, actively sought to use aid as leverage to force Israel to make concessions for peace. For example, President George H.W. Bush demanded[7] that Israel freeze expansion of settlements in exchange for a $10 billion loan guarantee to help resettle Soviet Jews in the country. Bush did not release this guarantee until Israeli Prime Minister Yitzhak Rabin agreed to the settlement freeze in July 1992.

The Obama administration never utilized such leverage against Netanyahu.

President Reagan responded firmly against Israel after witnessing the carnage brought on by its bombing of Lebanon. In July 1982, Reagan halted[8] the transfer of cluster munitions to Israel over concerns the weapons were causing too many civilian casualties.

The same year, he called Israeli Prime Minister Menachem Begin and warned him about the U.S. view of the Israel-Lebanon war. “Menachem, this is a holocaust,”[9] he told him.

Twenty minutes after the phone call, Begin ordered Israeli troops to temporarily halt attacks in Lebanon, a brief lull in an otherwise bloody decade in Lebanon.