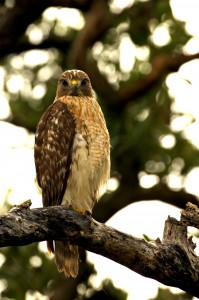 Posts Made By: Wesley Higgins

I finally had another chance to image the ISS.
DMK 21F04 monochrome Firewire camera, Prime focus, 30FPS, 1/2048 Sec.shutter,35% gain.
Starmaster 14.5 , hand tracked.
This is the first time I have tried stacking (four frames) ISS images and I was surprised that it helped slightly.

Here is a Moon crater that is not imaged as often as the more popular ones, the rilles around the crater perimeter are interesting.

This is a single widefield image showing Clavius,Longomontanus,Maginus,Moretus and several other
craters.
14.5 Starmaster, DMK21F04 Firewire camera at prime focus,
one single image from 1800 shot at 30FPS.
Stacking widefield Moon images has never worked well for me,
I usually just pick one of the best frames.

Primary mirror temperature minus one degree below Thermal Equilibrium as measured.

There will be a better pass in a few days and I plan on trying a 2x Barlow , hopefully I can still hand track at that image scale .

Excellent Copernicus, among the best I have seen.

Out of a three minute Avi with 5400 frames I only captured the ISS on six frames and this ghostly image is the best one of those,I think it shows a Hires image of the Radiators although I could be wrong.
I also had my shutter speed to fast and lost some detail due to less light.
This image is not much to look at (the body of the ISS missing ) but some may still find it interesting .

This image was taken on 05/28/04, the Avi did not look to promising and I had decided not to process it, today I decided to give it a try and it turned out better than I though it would.