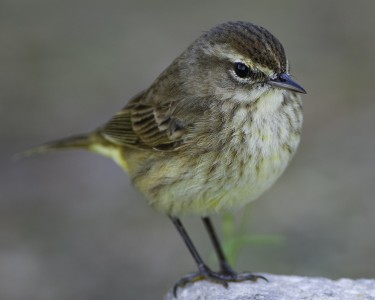 Posts Made By: Christine Canelos Welsh

What's missing?
How about an alfalfa straw sticking out of his mouth?
Western boots with cow pie attached.
Six pack at his side.
Hands in cuffs...

It's actually a very nice portrait, and I thought it would be quite charming if it were to be hanging in his library or den or something. But as this is to be hanging in a national gallery along with other presidents and I would have hoped to see at least an attempt to look dignified. I understand that he wanted a casual, approachable and conversational look, but as he was anything but that in his presidency, why look like that in your presidential portrait? It unfortunately comes across the way he came across in many thing - What, me worry?

http://www.cnn.com/2008/POLITICS/12/28/rice.administration/index.html
If it wasn't so delusional and far removed from reality, the comment from Rice would be a good punch line...

"When one looks at what we've been able to do in terms of changing the conversation in the Middle East about democracy and values, this administration will be judged well, and I'll wait for history's judgment and not today's headlines."

Well, today's headlines from Gaza certainly indicate that the conversation is far from changed. Delusional - indeed!

Here we go again, making race an issue when it clearly is not. This guy cheapens the memories of all those who were subjected to racist, white pointed hats.

With all respect, Jeff, I'm not sure how he "cheapens the memories". I've lived my entire life in Illinois, most of it in the Chicago area and I can tell you without a doubt, that racism is not dead in our otherwise lovely state. If I'm not mistaken, Chicago was very recently named as still one of the most segregated cities in America.

I did find Blago's appointment of Burris very crafty on his part. Burris is probably one of the better names to come up in this whole affair, yet the party will undoubtedly keep their word not to appoint anyone named by the Governor. Going to make everyone and everything look bad. Meanwhile, Illinois continues to go to heck in a handcart.

Worst yet, I have the sinking feeling that despite the disheartening details revealed, the federal charges will not stick. They may have a chance with impeachment, but I highly doubt that Mr. Blagojevich will be going from "Rockin' Rod" to "Breakin' Rocks Rod", in spite of all his egregious behavior.

I am curious as to the opinions of Astromart politics-forum-subscribers on the following:

Over the past year, over 5000 people have been killed in Mexico in the drug wars. The fighting is over the attempts by various groups/cartels in Mexico and Central America to gain control over the drug traffic to the U.S.

The violence is spilling over into California, Arizona, New Mexico, and Texas. Beheaded bodies, burnt human carcasses, hangings, kidnappings, etc., have become commonplace south of the border. Some such occurrences are now beginning to be seen here in the U.S. The Mexican government, internally corrupt to some extent, has been unable to effectively deal with it.

My question is - should the U.S. use Gitmo and the interrogation methodologies employed there by the current administration, as a means to obtain information from drug cartel suspects, to combat the drug cartels?

No - for two reasons: One, these methods do not appear to have been effective. It is pretty well accepted that information obtained through torture (yes, I am calling it torture) is often not reliable. Two, if we continue to do it, we become as bad as those we wish to stop. And then, where does it end?

I think you hit on the real problem - that largely rests on the other side of the border - corrupt law enforcement which fails to protect innocent people. At least in this matter.

Hey, I am retired and my income is not that much. So, if you want to pay for my medical coverage as I get older and need more attention, great! Because I will not have to pay huge amounts of income tax to pay for it all and at my age I will never see the debt paid off that was incurred in giving this medical coverage. So, I guess it is actually good for me. But not so sure it will be good for my kids and grand children that will have to pay back all this money. I think they will be paying an additional 15% tax to cover this kind of health care, based on what I was told that they pay in England. Am I correct about that?
Well, I can only tell you that when you are on a fixed income, then 10-15% is a very big deal. But hey, what can I do, they are going to do what they want and it is not up to us anyway.

Floyd, I'd gladly pay more for a national healthcare plan to take better care of you aging seniors.

Seriously now, the evidence is clear - the current mulitple payer system is far out of whack. There are a fair number of logical reasons why a single payer health care plan would *save* money for the middle class in the long run.

Philosophically, I look at it this way - If I was fishing on a river bank and a fellow fisherman fell in, should I throw him a line and save his life, or should I sit back on the bank and say well, I'm on dry land, too bad he doesn't know how to swim?

And Floyd, it IS up to us. Let your representatives know how you feel about this. A workable solution can be found, the key word being "work". You might be retired, but you can still contribute, dammit!

And to everyone else - will you please learn the difference between "socialized" medicine and a national healthcare plan?

Clear skies, and the health to observe with!
Christine

January 22, 2009 05:00 PM Forum: Landscape Photography
I loved how peaceful it was. It was so quiet, all you could hear was the dripping of melting snow in the trees.

President Obama's recovery plan has some redistribution of wealth in. As promised he is taking money from tax payers and giving it to non tax payers.

This is from an article on MSNBC

The plan being considered Thursday by the tax-writing Ways and Means Committee also would provide a temporary $2,500 tax credit to help pay for college. It would boost the earned income tax credit for low-income workers and permit them to receive the entire $1,000 per child tax credit as a refund in 2009-10 if they make as little as $8,500 a year and wouldn’t otherwise qualify.

Here's the link to the entire article.

I think you need to read the article a litte more carefully.

I can't find anything on the mechanics of the proposed education tax credit, but I do know that we already have education tax credits of up to $1800, (or less, depending on your adjusted gross income) in place, which are further reduced if you owe less than that in taxes. This is hardly a giveaway. This is not redistributing wealth, it is making it a wee bit easier for working stiffs like me to get our kids through college. So Obama wants to extend it to $2500? Good. Let's make it easier to get people educated, and hopefully into better jobs where they can also contribute.

He wants to increase the EIC? Again, good. Have you ever had to raise a child on $8500 a year? I have. And even though that was back in 1980, with 1980 rents and food prices, it was damn near impossible without accepting the help of WIC and other "giveaways". And I was working full time.

The earned income tax credit has already existed for quite some time now. How is this Obama's fault, please?

Sounds like less taxes for working people to me. Isn't that what the libertarians on this board have been crying about - wanting the government to take less of people's money?