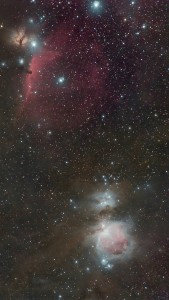 Posts Made By: Darian Rachal

Originally Posted by James Brown
I'm calling BS on this.  You may be crass and churlish Richard, but there is no way I believe you would call an actual learning-impaired child a retard.  Either to his or her face, or when in a serious conversation about the child, or within ear shot of the child's mother.

Even you recognize that this word, like so many others from our youth, has evolved out of polite discourse.  Jim

James, referring to a mentally retarded person as a retard is certainly out of line if it's used in a derogatory manner. I can envision a person "not knowing better" using the term and not meaning anything malicious by it. I'd probably be inclined to properly correct them.

Now if someone finds the term mentally retarded offensive, TFB!

Finally someone took the bait on this term, albeit a friend and decent guy.

I have been lectured before about using this term by a friend (and decent person) who objected to my usage of the term retard. NOBODY today would call a mentally disabled person a "retard" for the very reason that it is used as a pejorative, and only a pejorative, The term has been 100% appropriated by modern culture as meaning a hopelessly clueless person. I see no reason to stop using it since it has been purged as a medical term long ago. How does this demean someone with a disability then. How am I wrong here?

BTW, if we shame-ban the word retard at this point, teenage boys will just use the current term for a mentally disabled person as a new pejorative and it will stick. I'm guessing they already do. Let's just stick with retard since it is never used as a medical term anymore and in the common vernacular.

I'm sorry, but especially today, we need a stinging label for an idiot and this has been used by my generation forever. Give me a good reason to stop using it and I will.

The fellow doing the podcast "Behind the Line" on YouTube came up with a pretty good term for certain individuals. He refers to them as a "Sh*t-f*ck". That may be a bit too crude for your taste Russ, but it's appropriate in the context he uses it in.

Rich, you're being a bit too kind.

Originally Posted by Richard Davis
Agreed Darian.  I didn't want the left's collective heads to explode though by being more accurate about Joe Biden.

In fact I think I stepped in something outside on my lawn recently that smelled really bad so I scraped it off on the curb, and all I could think was thank God I only stepped in that, rather than a pile of Joe Biden!   LOL

Rich, if you'd stepped in a pile of FJB you'd have to throw those shoes away. That stench is permanent.🤮

Originally Posted by James Brown
Did you watch the Purdue v. Penn State game?  Seven lead changes.  Better use of my time than any political speech since maybe the Gettysburg Address.

Jim, I was scanning through ESPN and caught much of the last quarter. It was an entertaining game.🙂 I'm looking forward to the LSU/FL State game Sunday. A small bar I occasionally drop into will be serving ice cold 16oz Bud Light draft for$2.00 during the game.😋🍺🍻

Chicago is the city they always like to pick on and to be fair, Chicago does have a real gun violence problem, but Illinois has a firearm death rate of 14.1 per 100,000. It is 27th in the overall ranking.

The top ten states are almost 2x higher than Illinois, they are all red states, and the only common denominator I can see is probably poverty and gun ownership rates.

James, do you have numbers on the racial makeup of the criminals and victims? Alexandria LA has a declining population of about 45,000 but seems to have a high murder rate for a town its size. Most murders are black people killing other black people, by people having extensive criminal records and are on the streets wandering around. When the location of the murders is mentioned, people assume that it is "another" black person(likely a criminal) killing a black person.
Years ago, a murder in Alexandria was rare. Unfortunately, now they have become rather routine and unsurprising.

Originally Posted by Greg Shaffer
Well.....in this case Joe is correct. Less than 24 hrs ago regular was 2.99 at the cheapest place in town. The rest of town varies from 3.09 to 3.24

When I left Louisiana about 10 days ago I could get regular for about $2.80.

Originally Posted by Amadeo Aznar
Dear Sirs,
I would like to post a classified. I have a dome for selling.
Please, could you tell me the way to post it?
Many thanks.

Amadeo, Click on Classifieds at the top of the page. Then go to the left-hand  upper corner. You should see a tab to Place A new Ad.

Originally Posted by Jim Moscheck
Boy, we have midterms coming up fast and there is little to no traffic here on the AM politics forum. Haven't heard from Mel in a while, I hope he is OK. Are Darian and Greg still out there? Looks like the screamer is taking a break or is out on maneuvers getting ready, but without his crazy assed rants this place practically ceases to exist. I have no astronomy equipment to sell and recently re-upped my $15 bucks and the only forum that is semi-active here is in the process of dying, too.

Jim, I'm here, but just checking in on a daily basis. I started to say something about Tulsi Gabbard leaving the Democrat Party, but I held my tongue.😉 It wasn't nice about the Party.😈