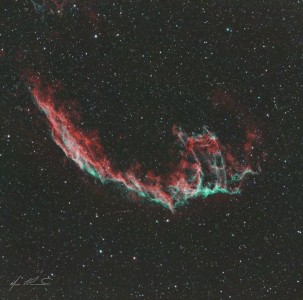 Originally Posted by Greg Shaffer
That is just plain stupid Rod.....but then no surprise there lol

Originally Posted by Darian Rachal
Rod, when did that pos Newsom become a "rising star" in the Democrat Party?

I think the real question is why and how, to use your descriptor, "pos" Ron DeSantis has become a rising star in the Republican party.

Originally Posted by Darian Rachal
Rod, POS is just a general term I use for Democrat politicians like the POS presently occupying the White House.

Does DeSantis' popularity concern you?

Of course his popularity concerns me. He's another Trumper, on steroids. He's an authoritarian bully who doesn't care what rights get trampled as long as he's in power. A lot of people croaked in Florida who probably would not have because of his policies but we'll likely never know how many since the Republican led state effectively hides the numbers. The last I looked,  it was around a 30-40% under reporting. A goes after any perceived threat to his power like his war on Disneyland.

Originally Posted by Richard Davis
Are you just an Ass every day of the year??

I mean, you can't even take off the 4th of July from being a friggin' jackass.

No Rich, I don't follow your playbook. The real jackasses here, other than yourself, are those in Florida that put that message out. I also think Darian's "video" is uncalled for and silly and not "hilarious"....

Even better, courtesy of Florida: https://t.co/VBuD4JfmsE

I can do ya one better. Here's Senator Cancun Cruz of Texas going after Big Bird and Elmo!

July 7, 2022 12:27 AM Forum: Politics
"Gasoline futures fell more than 10 percent Tuesday and are down more than 22 percent since June, raising hopes that the high price of gas across the country might soon fall."
"The price of U.S. crude oil fell more than 8 percent and international benchmark Brent crude fell nearly 10 percent on Tuesday."
“We’re talking about 60 cents a gallon,” said Kah, who is also the former chief economist at oil company ConocoPhillips. “Now, of course it takes time to have the crude price flow through to the gasoline price.”
https://thehill.com/policy/3547968-us-on-cusp-of-falling-gas-prices/
They must have reopened the Keystone pipeline, huh?...

Originally Posted by Richard Davis
Its not stuttering, its just his stupidity.  I'm sure you can relate.

"I'm sure you can relate."
Only if your talking about Trump and yourself...

Originally Posted by Greg Shaffer
Wassa matter Rod.....feeling the burn on that one? LOL

Originally Posted by Greg Shaffer
No idea what the reference means.....but I know we been down this road before. Not the least bit interested in whatever it is......you arent a scat perv are you?

You have no idea, well that's right. It means some dummy watches an inane action of playing dump truck in a sandbox and does so...