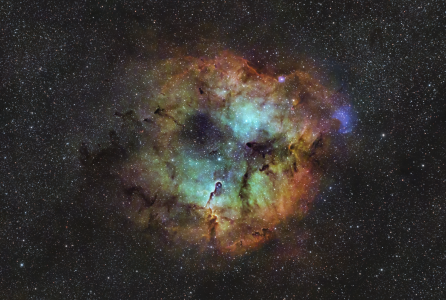 Originally Posted by Rod Kaufman
Oli producers already had thousands of leases they didn't act upon well before any of this appeared on the horizon. In the case of Texas, it couldn't even supply its own energy needs and would have suffered a grid failure if it didn't have the 20-30% production of electricity from wind/solar. And nobody sees Valenzuela as a savior for oil at anytime.
The WH and some in congress, have characterized what OPEC has done as a "hostile act" in cooperating with Russia on the production cuts. Thus, the following legislation has been proposed:  "Reports say Rep. Tom Malinowski (D-New Jersey) suggested the US should pull troops and missile systems from the UAE and Saudi Arabia."
“This is a hostile act by Saudi Arabia and the UAE, designed to hurt the United States and our allies and to help Russia, despite President Biden’s overtures,” he wrote. “I’m introducing legislation with Rep. Sean Casten [D-Illinois] to withdraw our troops from both countries.” There is “no reason why we should defend a Saudi dictatorship’s oil fields if it is using its control of oil markets to tank our economy and help our enemies.”
https://www.jpost.com/international/article-719013

I'll add that the Republicans are also jumping on the bandwagon:
"Republican Sen. Chuck Grassley on Thursday called for punishing OPEC for its production cut by passing legislation that would hold foreign oil producers accountable for colluding to fix prices."
"Grassley, a longtime backer of so-called NOPEC legislation, announced in a statement obtained by CNN that he plans to file his bill as an amendment to an upcoming defense spending bill."
"The legislation, which easily passed out of committee in May, would clear the way for the Justice Department to sue Saudi Arabia and other OPEC nations for antitrust violations."
https://www.cnn.com/2022/10/06/business/grassley-opec-legislation-collusion/index.html

October 9, 2022 08:22 PM Forum: Politics
"Allianz’s chief economic adviser, said on Sunday that the U.S. is heading toward a recession that was “totally avoidable” amid ongoing concerns about inflation and economic stability." "...arguing that the Federal Reserve has made mistakes that will “go down in the history books.”
“One is mischaracterizing inflation as transitory. By that, they meant it is temporary, it’s reversible, don’t worry about it. That was mistake number one. And then mistake number two, when they finally recognized that inflation was persistent and high. They didn’t act. They didn’t act in a meaningful way,”
“Even [Federal Reserve] Chair Powell has gone from looking for a soft landing to soft-ish landing to now talking about pain. And that is the problem. That is the cost of a Federal Reserve being late. Not only does it have to overcome inflation, but it has to restore its credibility,”
https://thehill.com/homenews/sunday-talk-shows/3680249-chief-economist-says-us-headed-to-recession-that-was-totally-avoidable/
Trump's pick has got to go...

Originally Posted by Richard Davis
Joe Biden kept him, so quit blaming Trump.  He's there because of Joe Biden.

"Perhaps the biggest reason of all: The path to confirming Biden’s other finalist, Brainard, a loyal Democrat, looked thorny at best in the face of potentially strong GOP opposition and even some trepidation from moderate Senate Democrats, who favor Powell."
https://www.politico.com/news/2021/11/22/why-biden-picked-powell-523214
So, I blame Trump and the rest of of the GOP...

Originally Posted by James Brown
Of course you do.  Some things are entirely predictable.

We all indulge in some arm-chair quarterbacking now and then, but this dude who thinks it would have been easy to avoid inflation, recession, and orchestrate a "soft landing" in 2022 takes the cake.  As you well know, there are a lot of geopolitical and domestic factors driving the current economy.  Pandemic and war in Europe to name a few.  Flooding the economy with free money being another.  In politics, it is normal,  if not entirely fair, for the president to take the blame, and the Ds are going to 'take the blame' in about 4 weeks.    Jim

What ticks me off about Powell is his collective arrogance in the whole scenario. I mean at least Yellin gave an apology of sorts for her failure in it even though she's not the fed chair. Powell, on the other hand, never owned up to anything, pretty much in line with today's GOP, and promised us nothing but "pain" on our way to his plan of economic salvation...

Originally Posted by Richard Davis
As I just said and you just proved, Jerome Powell sitting in the seat of the Fed Chair is entirely 100% on Biden, who is a feckless, lost, dementia ridden fool who couldn't find his own mouth with a spoon when he was half-sane.

Biden has been in charge for over 20 months now going on 21 months now, and this is on him and his Democrat party.

He could have removed Powell anytime he liked.  He didn't.  He was urged to do so by many Dems, as YOUR favorite site CNN reported:

He chose not to do so.  The incompetent one is Joe Biden.

From the above article:

Powell, a Republican, was elevated to his position by former President Trump in 2018. Former President Obama, however, first appointed him to the Fed in 2012.


The chair of the Federal Reserve serves four-year terms.

Would you care to address that?

it is truly amazing that anyone with a scintilla of honesty would blame Donald Trump for Powell but then we know how you operate, with your "Democrats can do no wrong" outlook on life.

Obama appointed him to the fed as a member and NOT as a chairman. Trump appointed him as chairman not Obama.
"Just as Barack Obama stayed with Ben Bernanke in the immediate aftermath of the Great Recession, despite being nominated by George W. Bush, Biden recognized that it makes sense to keep Powell so he can remain in charge of managing the post-Covid recovery."
"Lael Brainard, a current Federal Reserve governor and former Treasury official in the Obama administration, was also considered to be a strong option to replace Powell as Fed chair." "Biden nominated her instead to be the Fed’s vice chair, potentially setting her up to take over the Fed in 2026 after Powell’s second term, if he is approved by the Senate, expires."
https://abc17news.com/money/cnn-business-consumer/2021/11/22/joe-biden-channels-his-inner-obama-by-picking-jerome-powell-for-the-fed/
So get your fact straight before you post...

Originally Posted by Richard Davis
This is pretty funny coming from you, who never blamed a Democrat for anything since the party became a political party.

You are 100% lockstep with whatever Nancy Pelosi tells you to think and your party has never taken responsibility for anything that has occurred under their watch... EVER, and you are going to make remarks about Repubs?

The inflation was caused by gov't spending, and you blame Republicans for that.

Crime has gone up under the Democrats because Democrat city councils all over the nation cut the police force and removed funding from it causing murders to skyrocket everywhere, and you blame the rise in Murders and crime in general on Repubs.

The gas situation was under control when Donald Trump left office and you blame Repubs for the cost of gasoline.

Fentanyl deaths have gone up in this nation astronomically under Biden and your Democrats and you blame Repubs for that.

The Border Crisis is at the highest level it has ever been at with the most illegals crossing ever recorded because Joe Biden and Kamala Harris won't close it and won't do their jobs, and you blame Repubs for that.

You're a walking, talking contradiction and lying SOB all the time and your gall is never ending.

The one who's lying here is YOU. And you can apply the rest of your descriptors to yourself, as well. The rest of your post is as screwed up as yourself...