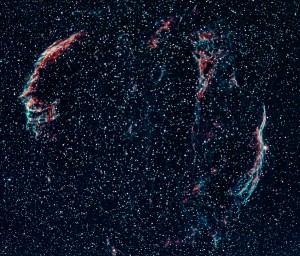 Posts Made By: Andy Sedlacek

April 21, 2013 05:42 PM Forum: Antique/Classic/Vintage Optical Instruments
I hear your words Billy! A scope with no goto and an ac drive will outlive the human race. And at that, never require a software upgrade.

May 3, 2013 02:37 AM Forum: Reflectors
Getting very close to finishing the whole shebang. Here are the 22-karat gold and triple chrome-plated setting circle and counterweight collars as well as the RA and Dec dial pin rings.

All the best friends,

May 6, 2013 12:22 AM Forum: AstroMart FAQ
There were errors with your submission, please review the following:
• Links and email addresses are not allowed in your classified ad

I was trying to post an ad for some of my Celestron 40mm Kellners, but this alert (in red) keeps popping-up and denies me access to continue forward, at which point I get to post photos. Is there a function I may have accidentally applied to my keyboard that is making it try to include my email address? I don't know of any links for that matter. I've looked over my ad countless times, but this one's got me stumped. Nowhere in my ad do I put my email address or "@ dot com".

Any advice would be most appreciated.

I thank you greatly for your time. And as always thank you for your hard work in keeping A-mart an awesome place to be.

June 1, 2013 03:30 AM Forum: Mounts
I have finally put together a showroom Polaris eq. with all the whistles; including a new Vixen MD5 pulse drive and even the polar scope. Ok...Then something went wrong. The battery pack for the drive (which holds (6) AA batteries has a split in the cream-white battery holding cell. I know for a fact that if I load all the batteries into this cell, the thing is gonna split clean, which will hinder a full current and cut power going to the hand controller. So what I need is this: Does anyone know the battery pack equivalent to a (6) AA power source? Sure, I can plug it in with a DC converter in the wall, but that won't work in the field. I am afraid to use my DD-1 battery pack as it uses C batteries and may cause a short.

Any advice in this field would be HIGHLY VALUED. My ears are in listening mode...

June 1, 2013 11:21 AM Forum: After Dark
Anybody else in the northern states see the major aurora activity earlier this morning? I have only 4.3 mag. skies from my Spokane Valley, WA backyard and Jill and I easily saw spiking from horizon-to-horizon; the best spikes forming below Cassiopeia. If we see the turquoise glow after zodiac light tapers down, we'll be off to the palouse to do some photographs.

June 7, 2013 02:07 AM Forum: Antique/Classic/Vintage Optical Instruments
Special note: I moved this to the Antique/Vintage group as I think it is more appropriate here.

The RV-6 is finally, FINALLY completed. A total of 54 hours has been put into it including gold and triple plate chroming, re-greasing and calibration of the motor drive, 5 hours of rust removal alone (I mean ALL RUST removal!), brass restoration, and heat-treated quad-clear coated pier feet! I am still debating on a name for him (yes, Jill and I decided it's a 'he'). "Critter", "RV Harvey", and "Mr. Blingtime" are some of the top candidates.

To those who wish to see it in person, I will have him at the Oregon Star Party later this summer.

June 29, 2013 04:12 AM Forum: After Dark
Anybody else in the WA-to-Minnesota states see the aurora this morning (Saturday) around 12:55-3:15am? It was low in the skies here in Spokane and for the most part, the most brilliant emerald-to-mircroline colors stayed below or at Capella. It was after 3am that the spikes traveled as high as Cassiopeia. Quite a good show!

August 3, 2013 01:41 AM Forum: Beginning Astronomy?
I have had 4 of the B and L 4000 throughout my life. In every instance I find the tine mount is better than the Meade 2045D, but not as pretty. These 4000 mounts are easy for the steady-of-hands to take apart for inspection, re-lubing, and loosening/tightening the necessary bolts. HOWEVER....I have never been a fan of the optical tube. I don't like how it feels "plasticy", the finder scope belongs on a .22 rifle, and the focuser is usually received in "dry" condition; meaning most of the grease has fossilized.

I'm not positive, but I wager by the time the 4000 was into play with the mass-market community, Criterion was simply a label stamped on a somewhat foreign product. When I look upon my ancient Criterion RV-6 and touch the quality of the motor drive and witness the optical impeccability of the mirrors, I find it VERY difficult to associate the name "Criterion" with the 4000.

I did have a pretty good 4000 though. It did the basic M objects very nicely, but it really impressed me on Jupiter and the Moon at half-full. When collimation was precise (or as precise as this tube would allow), resolution and quality of the view bettered the C90. But I did notice dimmer views with it over the Meade's lovely 2045. This could be derived from many things, but I strongly suspect it was the shallow coatings on the corrector of the 4000 that made it lose.

When I was 18, I bought a 4000 at a star party, having always wanted to own one. When I got it home and tested it on Mt. Rainier at 42 miles away, I was happy with the view with the (Y) 30mm plossl. However, once I upped the "juice" with a 25mm or shorter focal length, all went to the soup. I tested it on Venus that night and I was disappointed. I collimated the secondary, but nothing worked. I unscrewed the corrector plate and looked at the mirror and the plate to see if the glass itself was visually uneven. Nothing.
Well, I was so upset with the medium power slop views, that I took a square of tissue paper and a quarter and laid it on the corrector plate itself. When I ran the quarter around the outer perimeter of the plate, the quarter became "jammed" in between the secondary assembly and the metal rim of the tube surrounding the corrector plate! YES!! The secondary itself was offset by several millimeters!
Well, I gave the scope away to a kid in our neighborhood and that was that.

I agree that there are more good 4000s than there are bad ones. But when you find a bad one, it is BAD!

August 11, 2013 02:17 AM Forum: Equipment Talk
Just out of curiosity, how long does (should) it take for the 12v DC Power Tank to recharge? Mine has been plugged-in for 11 hours now and the recharge light is still red. Hoping this is just normal. I'm new to using one of these.