March 26, 2015 12:24 PM Forum: Politics
Amazing. So they cannot argue that a time statute has allowed them to release the docs, because they only released the Israel secrets. Israel must be furious. Americans should be, too. Children are running this country.

Iran should have a choice. A nuke or an economy. Obama is giving them both. The sanctions can ruin their economy.

Iran should have a choice. A nuke and terrorism or an economy.


“And You’re in exactly the same position you were in before we met, but, somehow, now it’s my fault.”

April 5, 2015 11:28 PM Forum: Off Topic Discussions
That curvature claim has to be BS by the LAT or whomever they talked to. It's a ridiculously stupid claim by a writer who must not know anything. That would be like a sportswriter saying that the Dodgers lost because they didn't know where home plate is. Why do you think we have spent so much $ on satellites to detect launch phase ICBMs? It's curvature of the earth. Any MDA graphic diagram for 50 years shows that they understand curvature of the earth as a factor in early detection of ICBMs.

April 21, 2015 09:35 PM Forum: Politics
How Hillary and Bill made money before going on the lecture circuit. 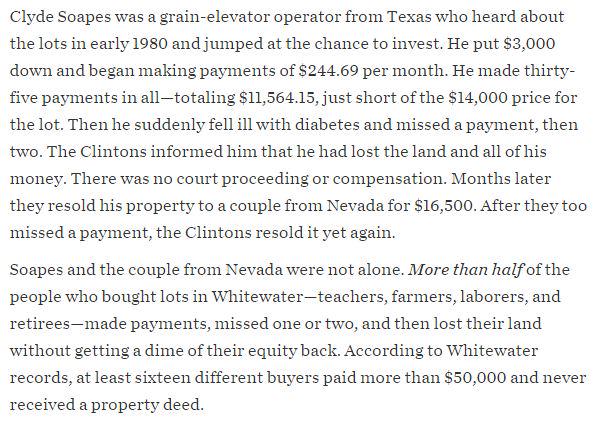 
May 13, 2015 11:45 AM Forum: Politics
He must have some respect for the defense minister because he didn't used the "strip him naked and feed him to the starving dogs" execution method that he prefers. It does make for a better spectator show than his method of blowing them up with mortar shells, though, because you can't get close enough to watch.


Here are a few sample titles from progressive outposts like DailyKos and Democratic Underground.

John McCain Is NOT a 'War Hero'

It's Time To Stop Pretending John McCain Is A "Hero"

"Well, I don't think riding in a fighter plane and getting shot down is a qualification to be president," Wesley Clark said.

Rand Beers, Sen. John Kerry’s, D-Mass., top national security adviser during his 2004 presidential run, said that because McCain was in an unfortunate state of “isolation” during much of the Vietnam War, his national security experience is “sadly limited.”