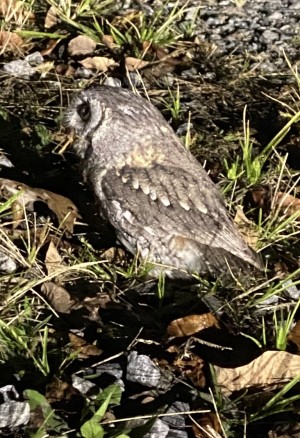 Posts Made By: Tim Libert

March 2, 2003 01:56 PM Forum: Religion
Watching this thread is indeed interesting but like many subjects discussed here there has been no qualifying points for reference. What is good? Our defination will differ with every person. I think it was perfactly ligit. to use God (or the Bible's) ref. point. If we do this, none of them were good. We are all born into sin and it is not possible for us to acheive "goodness". The bible states that our best works are like "stinking rags" that reek in heaven. The law that the Jews follow did or is (depending on your faith) look/looking forward to a redeamer. Jesus also clearly teaches that you can not be saved by the law, or by works. While all three of them would be good by most societies views, it is not by God's.

March 5, 2003 06:05 AM Forum: Equipment Talk
Hello. I am a degreed engineer (Purdue University) and have an understanding, though limited in terms of a optical designer) of optical systems. I have read some fantastic thesis on baffling, difraction and dispersion theory. However, It would very nice if a knowledgable optical engineer/designer would be able to spare some time and enlighten us with some basic knowledge (probably staying within the realm of ray optics). I personally would like to see some APO theory and definations. Difraction limited defined. And principal theory of optimumzation of an eyepiece to a given objective system. Thanks in advance, Tim

March 6, 2003 08:56 AM Forum: Equipment Talk
Hello all, I just purchased one of these at the special price offer (currently on) of $99,00. The diagonal is beautifully finished, solidly made and the mirror quality (listed at 1/10 lambda) looks fantastic. I haven't had a chance to star test with it but a ronchi projection looked great. Great valve in my opinion.

March 6, 2003 09:12 PM Forum: Deep Sky Observing
Well here in central Indiana we have finally had a clear night. Frist one in 37 days. I thought for a while it was a biblical curse (missed by three days).

June 5, 2003 02:20 AM Forum: Solar System Observing
Hi all, Stayed up all night to get in on Mars this AM. I live about 30 miles south of Indianapolis and this was the first viewing night in about 25 days. Anyhow I saw several metiorites and two of what I classify as the biggest/lowest fire balls I have ever seen in my viewing life. I could plainly see pieces breaking off and burning up, beside the main body, and a very large tail that looked like it would hit my back yard. I believe they both burned up before hitting the earth, however, I am not positive. Did anyone else see anything like these?

July 30, 2003 01:29 AM Forum: Solar System Observing
By far and away the best viewing of the year for mid-summer midwest viewing. I captured some amazing photos of the red planet on film at 277x. I contact printed some B&W tests. Very sharp pic.s with alot of detail. When I get the color versions back I'll scan one and post it. Every bit as good as the "best I've seen post" (a very nice shot Jay). After shooting about 90 photos of Mars I then just laid on the ground with a pair of binoculars. The sky was so beautifull I just wanted to get a good look at it. At about 3:10 Central time I saw an object cross the sky at unbelievable speed. It came from the NE around Cassiopia crossing the sky towards Mars. It was so far away that I could not see it without the binoculars. I could see no vapor trail of any kind and I could hear no engine noise. Of what I could see of it it had some length to it. Maybe cigar shape, of course from that distance and in the dark who knows. Anyhow it crossed probably 180 deg. of sky in maybe 8 or 9 seconds. If it was as high as I believe it was, that's cruzing... Maybe the Air Force has a new toy?

August 7, 2003 12:52 PM Forum: Solar System Observing
Here in central Indiana, this has been the worst year in memorable history as far as having conditions that permit any actual viewing ability. It is getting discouraging. The last two nights we have had a thick fog layer covering the sky. This has been similar to a marine layer you would see in southern California. As I could see Mars peeking dimly through I set up my scope anyway. I was using no filters most of the time as there was not enough light breaking through. The unexpected blessing has been that as the fog layer transisitioned between thicker and thinner it was having the effect at the eyepiece of a changing polarization. This allowed me to see far more detail than I have ever witnessed before. It actually was incredible (not that Mars being this close to Earth had anything to do with it).

Maybe I will play around with a new type of filter system..

August 14, 2003 11:09 AM Forum: Off Topic Discussions
In the September issue of Astronomy mag. the artical entilted "View from the Mountaintop" about Mt. Wilson, they list the extrordanary ability of the "CHARA" array to resolve a nickel at a distance of 10,000 miles. Given that the Moon is roughly 240,000 miles from Earth, by interpolation we should be able to see a 15" object on the surface of the Moon with this technology. Why not point this CHARA array at the moon landing sites and image some junk left there by NASA. There should be plenty of items viewable. The exercise could include members of the skeptics in order to refute claims that it was again faked.

September 11, 2004 02:52 AM Forum: Deep Sky Observing
Hey everyone/anyone.. I was observing M42 at around 4:30 AM Indiana time today (9/11). I witnessed a light travling north to south just west of the trap. I might have considered it a metetor, however, the path was not straight. Also is seemed to slow down and then speed up again. I figure I was covering around 3 arc seconds of sky, and it took maybe 1 1/2 seconds to cross. I was observing just south of Indy. Did anyone else see it?