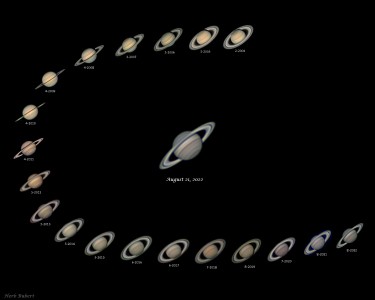 (Borrowed from another forum, I didn't think it up)--

"Now that he has resigned, I hear he and Eric Holder have presidential plans, They will run on the WEINER/HOLDER ticket. Be sure to watch for their bumper stickers! "

June 18, 2011 11:28 PM Forum: Politics
Being an idealistic libertarian, I am going against natural inclination by attempting pragmatism--

If we ever get the power but then we make excessive rapid change-- The population discomfort will precipitate counter-revolution. The counter-revolution will empower commies worse than the current crop, who would tax and spend more drastically than today.

Therefore, any changes must be gentle with plenty of lube.

So this would be an interim plan to be refined year-to-year depending on how things go. After a few years the plan would require extensive re-write.

2. Pass pay-go law-- SS tax receipts can only be spent on current Social Security benefits. No more squandering of SS revenue on wars, pork and political favors. No more bogus IOU SS bonds which must be paid by our grandchildren.

Each year's SS tax rate will be priced at last year's actual outlay + 5 percent. If a tax year accidentally generates a surplus exceeding 5 percent, then the SS tax for the next year would be adjusted downward to compensate and re-adjust toward the 5 percent "pay-go safety buffer".

Over the short-term, follow the same policy outlined for Social Security. Every year, tax only whatever is necessary for current-year expenses. Over time, figure out a better plan before the Medicare tax grows big enough to incite armed tax revolt among the youngsters.

At least for a few years, leave all the tax rates and deductions in-place as today. The SS and Medicare tax changes would be sufficient shock that it would not be desirable to inspire excessive outrage via rapid drastic changes to the tax code.

Removing the Social Security Tax income cap might raise rich folks tax by several percent and make the natives restless. But if we limit the SS "flat tax" rate to whatever is required to meet current obligations, then the working-man might actually pay a slightly lower SS tax rate, which might make a lot of middle-class taxpayers happy. As long as the senior benefits do not change, then hopefully the seniors would not be out in the street with torches and pitchforks.

Keep all programs and departments exactly as today. For instance, do not completely abolish the Federal Barn Owl Administration because that would motivate organizations such as Friends Of The Barn Owl to spend zillions of dollars to kick us out of office and elect commies.

On the first year apply an across-the-board 5 percent reduction on all departments. Instruct administrators of each department to find the best way to provide the best service possible with only 95 percent funding. The good managers will figure it out. The bad managers should be replaced.

MAYBE the first-year cuts will be so transparent that citizens do not even notice. In that case we should cut another 5 percent in year two.

On the other hand, if the first-year cuts incite riots which burn out the core of most USA cities, then we would reduce the budget less than 5 percent in year two.

Made you look, didn't I

Anyway, this is not about the many inspired forum posts that have recently disappeared. This is about California, the dreaded "Nanny State" the First Amendment and who gets to raise the kids; parents or the state.

Not surprisingly, a while back California passed a law restricting the sale of a whole class of video games to minors. (Violent games in particular) Day before yesterday, the Supremes struck down this California nanny statute.

Those of you who think that Nanny-ism is the worst of all evils should be encouraged.

Is a 7-2 decision unusually decisive for a Supreme Court decision? I got the impression that 5-4 is more common, but perhaps those are only the controversial cases I happened to notice lately.

I would maybe have expected it to go the other way-- Liberal and Conservative nanny judges making alliance to uphold the CA law, each side for differing social engineering rationale.

Timmy G gone after August? That's what the hubub is all about. He would be the last of President "Dick" Obama's economic powerhouse team to leave before the third year of his term has even started.

Timmy denies it, but maybe bloomberg knows something Timmy don't.

Hopefully he can be replaced with someone equally qualified. There's got to be another tax cheat SOMEWHERE in the financial sector that BHO can hire.

Can I put my shovel down now?

The shovel could come in handy digging out from BHO's BS.

Kudos on your new avatar. I don't recall having seen easily-readable text that tiny. That is a difficult trick. Usually 6 or 7 pixels hand-drawn is about the minimum. I haven't measured yours, but looks smaller. Do you have any pointers on how to reliably do it?

Bear in mind that the 2011 federal spending deficit is projected to be $1.65 trillion. That's about $4.3 billion per day of the government spending more than it takes in.

Apparently, after Mondayâ€™s contentious White House meeting, McConnell decided he did not want to take a backseat in the ongoing budget negotiations that have been dominated by Obama and House GOP leaders.

In the nearly two-hour-long White House meeting Monday afternoon during which leaders reviewed savings found last month by a group led by Vice President Joseph Biden, McConnell asked only one question, according to a Republican source familiar with the talks.

â€œHow much does the Biden plan actually cut from next yearâ€™s discretionary spending budget?â€? the Kentucky Republican asked the room.

A second source close to the original Biden group confirmed this number.

McConnell grew frustrated in the closed-door meeting, complaining that such a sum was too small, given the scale of the savings Members on both sides of the aisle were hoping for. McConnellâ€™s displeasure spilled over to the Senate floor Tuesday morning, when he attacked Obama for presenting Republicans with â€œgimmicksâ€? instead of solutions.

â€œThe hope here was that budget gimmicks and deferred decision-making they actually support would have the appearance of serious belt-tightening. But the practical effect would have been, at most, about a couple of billion dollars in cuts up front with empty promises of more to follow,â€? McConnell said early Tuesday morning.

$2 billion. A few hours worth of savings. What an insult to the American people. What a joke. The country is being run by toddlers.

Forgot the link from The Hill: http://www.rollcall.com/news/mcconnell_outlines_three_step_debt_contingency_plan-207218-1.html?pos=hftxt

Republicans have been speaking of matching dollar for dollar cuts versus debt ceiling increase. Wonder if that is supposed to be short-term realizable cuts or pie-in-the-sky 10 year cuts where the actual cut happens in year 10?

I'm not saying that is bad or good. Just saying it is difficult to believe they could really cut that much without revolution in the streets. Look at what "mild-mannered" gov employees did/are doing in WI and MN over trivial cuts compared to that. They would be in the streets nation-wide, probably along with employees of all kinds of companies who suck at the gov teat, and every welfare activist in the nation. Even a lot of "conservative" corporations would be up in arms as soon as the gov cuts their contracts.

People have been developing 3D printers for so long, I'm surprised we haven't seen em in Best Buy years ago. But that one looks pretty slick.

About 1996 I was helping a guy developing an "alternate electronic music keyboard" idea and his first couple of prototypes used plastic parts 3D printed at one of the regional universities. Maybe it was Auburn but can't recall.

Back then his 3D printed parts were not very strong. The parts were good enough for mechanical fit testing and "simulated ergonomics", but they would break within a few minutes if you actually tried to play music on them. They didn't look very elegant either. Had a translucent "pearlescent" color and not a very smooth finish.

I've wanted a 3D printer for a long time.

This really makes me want to hop on my snowmobile and run up the mountain:
http://www.zapiks.fr/motoneige-0-montagne-1.html

That would be therapeutic on a bad back!