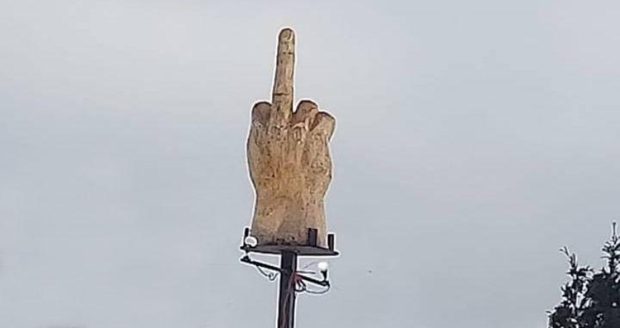 Rob Portman is leaving the Senate. The GOP is going the wrong direction. Portman, except for the obligatory ass-kissing of Trump, lined up with what I expect a member of the GOP to act like. Conservative ideology but pragmatic in governing, willing to compromise in a 50/50 America to get something done.

If the GOP does not purge the freak show that are the Trumpsters, I will eventually not be an Independent supporting Democrats at the federal level for office, but I will register as a Democrat. A shitload of GOP donors and companies feel the same way. They had better get their shit together and dump the trump.

Originally Posted by Rod Kaufman
Unfortunately, it's not just Trump, it's the right wing media driving his message of fake news about anything he and they don't agree with. In the confines of this small forum, one need only to read the rants of Richard to know the virulence of their constant stream of lies and misinformation. The latter is principally why we had 74 million votes for Trump in the election. It's also why his followers will show up with their confederate and american flags on doorsteps of Republican senators who will then promptly forget about the insurrection on January 6th. After all, according to Maria Bartiromo of Fox news, those participating in the insurrection were democrats dressed as Trump supporters...

Very true, and it is sad. There may never again be a conservative party in my lifetime.

Originally Posted by David Cotterell
My post from a couple of weeks ago still stands:

"About antifa people disguising themselves as Trump supporters and leading/influencing the charge into the Capitol building:

Hundreds of the trespassers have and will be arrested.  The internet will work its magic on each and every one of these people.  Their Tweet history, Facebook, Parler, Liker and every other social media trail will be examined with a fine tooth comb.  Neighbours interviewed, employers revealed, parents and relatives questioned.  Everything about them will be found out and posted on the internet.

If there is an Antifa or equivalent in the arrested group it will come out, the person will be named and shamed.

All we have to do is sit and wait for the news.  May take a few days or weeks....

Thus far all the folks arrested and/or photographed, like desk boy, lectern guy, chest-hair Chewbacca man and many others have received the above scrutiny and all have been gloriously, unabashedly Trump supporters.

Wanna bet on how many Antifa will be among those caught?

And don't bother with the old "the left media will suppress the information".... If there were even one antifa or equivalent on the list the right-leaning media, specifically Parler, will be screaming bloody murder about it."

You can't reason with people that change facts to fit their fantasies.

Originally Posted by Rod Kaufman
Another cut and paste without a link, but considering the poster, it's to be expected...
"

Originally Posted by Rod Kaufman
You searched for THAT?!
You must have some time on your hands...

It literally took me 3 seconds.


1. Copy - "Events are in the driver’s seat now, not personalities. Gil Scott-Heron was right way back in the day when he said, “the revolution will not be televised.”"

2. Paste - "Events are in the driver’s seat now, not personalities. Gil Scott-Heron was right way back in the day when he said, “the revolution will not be televised.”"

4. You really are that stupid Rod? LOL

Originally Posted by James Brown
True, but I personally think it is better to post a link or attribution.  Only takes a second or two...  Jim

Copy that. It would have taken Greg only a few minutes to type in the link to the article.