Originally Posted by James Lacey
Trump is in deep doo-doo, and no amount of spinning or excuses from you and his supporters will change that.

Trump will never be in deep doo-doo...that is until he meets the author of two Corinthians.

You'll come around to her eventually, Rich.

Originally Posted by Richard Davis
LOL.  That's funny Russ, so you're on board already with a Fraud from Wy, who has lost the race before she even started.

If she ran as an independent with a “Joe Lieberman” Democrat, if one even exists today, she could win in ‘24 against Trump.

Originally Posted by James Brown
Hi Russ:  I just spent a couple of days with a D friend of mine from law school.  Very liberal on social issues, not as much on the economy or foreign affairs.  A typical Hoosier Democrat.  I'm pretty sure that he would vote for a Cheney/New Liebermann ticket over Biden Harris.  I am 100% sure he would vote that ticket over Trump or DeSantis.

I would donate to and campaign for that ticket.  I don't think it is practical though, the EC is quite a burden in this instance.  How many states could possibly flip away from their Red/Blue biases?

Ironically, the biggest problem Cheney would have is that she is more conservative than Trump.

I think there is probably no way that Joe Manchin would run as an independent, and even less that he would accept the #2 spot on the ticket, but he could do the trick.

All I would say is that independence outnumber both Dems and Republicans by a pretty wide margin and I'm guessing the right ticket could pull a good chunk of them in.

Originally Posted by Richard Davis
Sorry Darian, had to steal this from you.

Hat tip to Darian for this:

Originally Posted by James Brown
Surely you have a digital photo around somewhere?  You and your table saw maybe?

I wouldn't F with him! 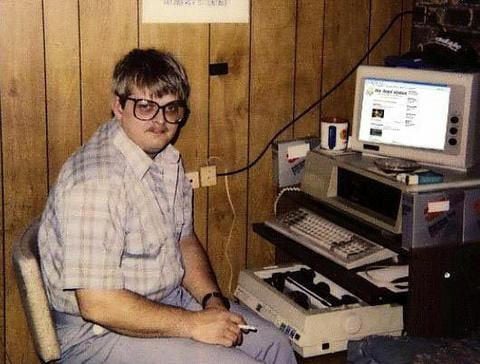 Another great article by the man who doesn't pull punches.

Is it just me, or do others find it hysterical that the entire contents of townhall articles are contained in the URL's to the stories?

August 19, 2022 03:39 PM Forum: Politics
“Alec Baldwin says he doesn't believe he or anyone else will face criminal charges in the fatal shooting last year on the "Rust" movie set -- a tragic episode he says "has taken years off" his life"

Originally Posted by James Brown
Hmmm.  I'll do some reading about that.   If Rod, James, Russ, or anyone else who is inclined to get a second booster wants to chime in, I'd appreciate it.

I wanted to wait until the fall, but I got my 4th in June.  My Cardiologist told me “you are the patient I worry about.” Good sales pitch.