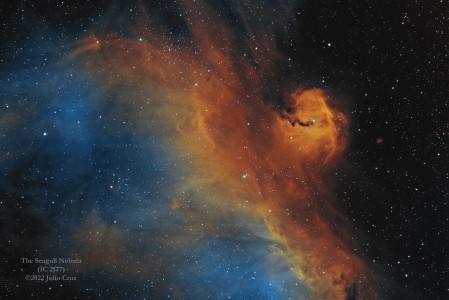 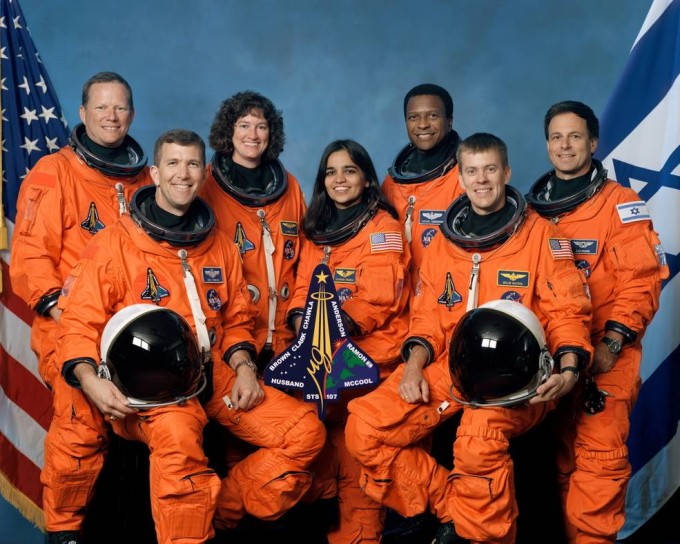 The year 2003 was shaping up to be an ambitious one for NASA, with six space shuttle missions planned, five to continue construction of the ever-growing and permanently occupied International Space Station. The first flight of the year, STS-107 aboard NASA’s oldest orbiter Columbia, the first shuttle mission dedicated to microgravity research in nearly five years, would not travel to the space station but fly a 16-day solo mission. The seven-member crew would conduct many of the 80 planned U.S. and international experiments aboard a Spacehab Double Research Module in Columbia’s payload bay. The astronauts’ exceeded scientists’ expectations in terms of the science obtained during their 16 days in space. Tragically, the astronauts perished when Columbia broke apart during reentry on Feb. 1, 2003. 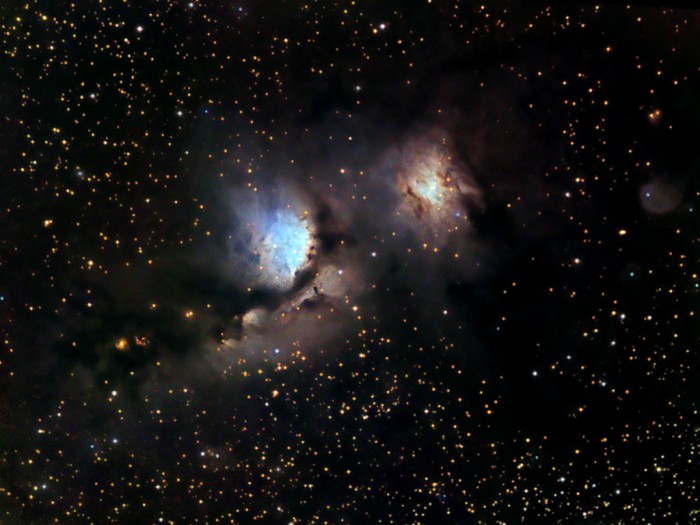 Welcome to the night sky report for February 2023 -- Your guide to the constellations, deep sky objects, planets, and celestial events that are observable during the month. In February, the Winter Triangle is your guide to the night sky. The northern hemisphere is treated to views of the stars Procyon, Sirius, and Betelgeuse, as well as awe-inspiring views of the Orion Nebula, sculpted by the stellar winds of central bright stars. The night sky is truly a celestial showcase. Get outside and explore its wonders from your own backyard. 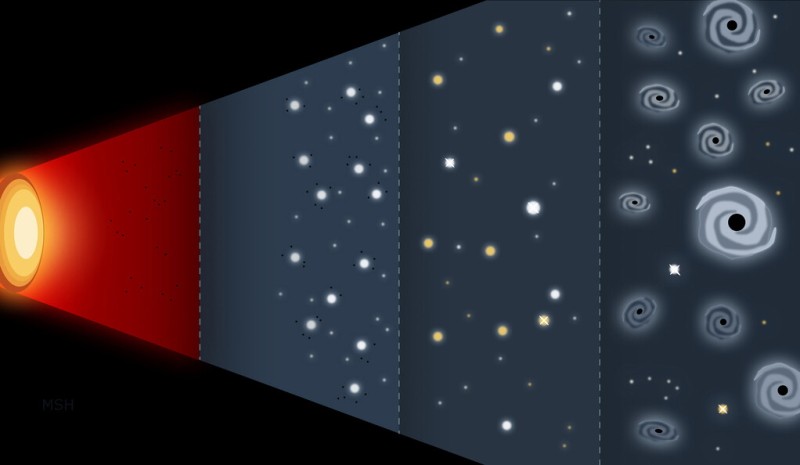 Proposing an alternative model for how the universe came to be, a team of astrophysicists suggests that all black holes—from those as tiny as a pin head to those covering billions of miles—were created instantly after the Big Bang and account for all dark matter. That’s the implication of a study by astrophysicists at the University of Miami, Yale University, and the European Space Agency that suggests that black holes have existed since the beginning of the universe ¬¬and that these primordial black holes could be as-of-yet unexplained dark matter. Dark matter — which has never been directly observed — is thought to constitute the majority of matter in the universe and act as the unseen scaffolding upon which galaxies form and develop. Physicists have spent years looking at a variety of dark matter candidates, including hypothetical particles such as sterile neutrinos, Weakly Interacting Massive Particles (WIMPS), and axions. If this new black hole hypothesis is proven true with data collected from the James Webb Space Telescope, the discovery may transform scientific understanding of the origins and nature of two cosmic mysteries: dark matter and black holes. 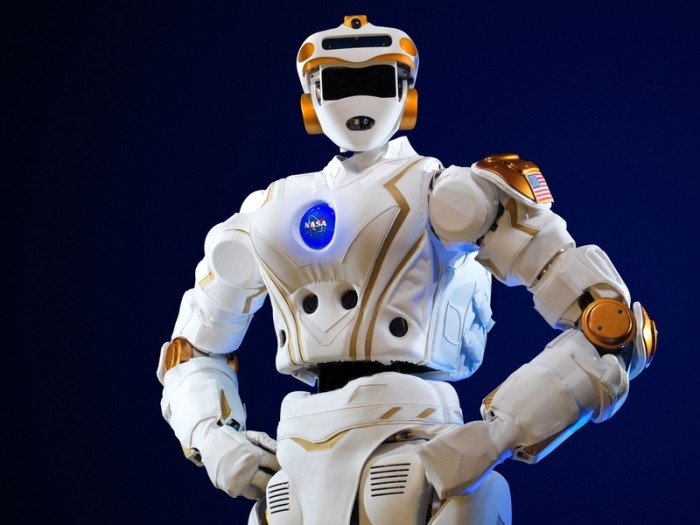 In December 2022, a chatbot called ChatGPT stunned the world with its impressive writing abilities. Developed by OpenAI, an Artificial Intelligence (AI) research and deployment company based in San Francisco, ChatGPT interacts with users in a simple conversational way. The quality results produced by the program have been so good that some secondary schools and colleges have already banned it for fear that students might use it to write essays. Microsoft Corporation is reportedly planning to incorporate ChatGPT into its Bing web search engine and Office products later this year. What does the unrelenting progress in AI mean for the future? Is AI likely to threaten certain jobs in the years to come? I put ChatGPT to the test and asked it to write an Astromart article. Here are the results. 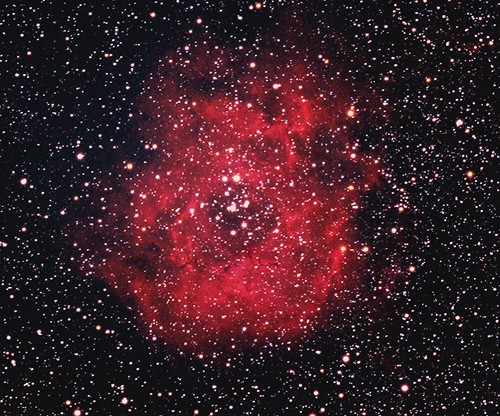 Happy New Year and welcome to the night sky report for January 2023 -- Your guide to the constellations, deep sky objects, planets, and celestial events that are observable during the month. The January sky is filled with bright stars in the constellations Orion, Taurus, Gemini, Canis Major, and Canis Minor. Find these cosmic gems by looking toward the southeast in the first few hours after it gets dark. The northern hemisphere also features beautiful views of Capella - a pair of giant yellow stars, Aldebaran - a red giant star, two star clusters - the Hyades (Caldwell 41) and the Pleiades (M45), and the Crab Nebula (M1, NGC 1952). As a special treat during the month, Comet C/2022 E3 (ZTF) is observable with binoculars or a small telescope in the predawn sky for Northern Hemisphere observers as it works its way swiftly across the northern sky. The night sky is truly a celestial showcase. Get outside and explore its wonders from your own backyard. 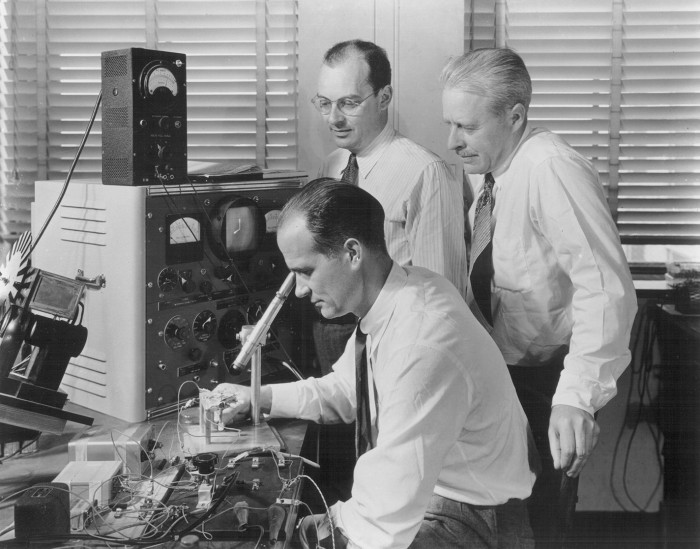 Seventy Five years ago, December 23, 1947, three scientists at Bell Telephone Laboratories in Murray Hill, New Jersey, demonstrated a small semiconductor device, the transistor, which had remarkable electronic amplification and switching properties. John Bardeen, Walter Brattain, and William Shockley, the three Bell Labs inventors of the transistor, had been investigating the properties of semiconductors to see if they could come up with an acceptable substitute for the vacuum tubes and electro-mechanical relays used in telephone networks of the day. Little did they know that their invention would change the world. Today, there are transistors in every place where an electronic device can be found, including satellites and spacecraft. The transistor is the workhorse of electronic technology -- the device that heralded the start of the digital age. Transistors are the basic building block of all integrated circuits. Entire industries based on semiconductors were created in its wake. Indeed, technology as we know it today would not be possible without the transistor. 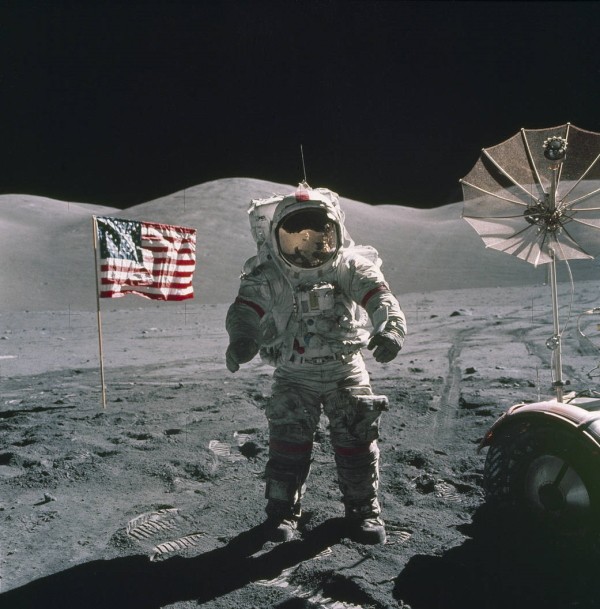 Fifty years ago today, the crew of Apollo 17 completed humanity’s last voyage to the Moon, leaving the lunar surface for the final time. On December 14, 1972, Commander Gene Cernan spoke the now famous quote, “We leave as we came and God willing, we shall return -- with peace and hope for all mankind.” On November 16 of this year, NASA took the next major step in returning to the Moon with the launch of Artemis I. Millions around the world watched live as the Space Launch System (SLS) rocket launched the Orion spacecraft on its 25 day mission that saw the un-crewed vehicle log over 1.4 million miles and travel farther (40,000 miles beyond the far side of the Moon) than any human-rated spacecraft has ever traveled. Orion made its initial flight around the Moon and has returned stunning images rivaling the Apollo 8 “Earthrise.” This historic milestone represents a truly monumental achievement. But this is only the first step. 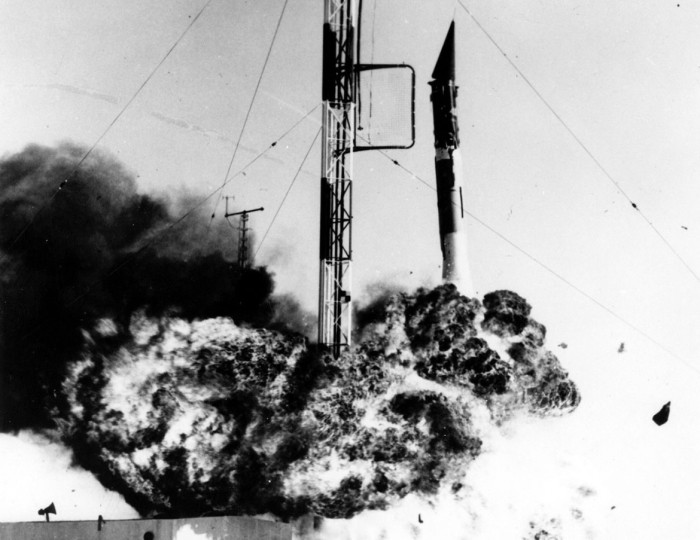 The Vanguard launch vehicle was selected by the US for its first attempt to launch a satellite into orbit around the Earth as part of the International Geophysical Year (IGY). The USSR had already launched two Sputnik satellites, with one carrying a dog into orbit, as the US prepared for its first attempt. On December 6, 1957, the Vanguard booster ignited, but about 2 seconds after liftoff, after rising about four feet, the rocket lost thrust and began to crash back down onto the launch pad. As it sank into the launch pad, the fuel tanks ruptured and exploded, destroying the rocket and severely damaging the launch pad. The Vanguard satellite was thrown clear and landed on the ground a short distance away with its transmitters still sending out a beacon signal as it rolled across the ground. It was a humiliating failure. In New York City, members of the Soviet delegation to the United Nations sarcastically asked American delegates if the United States would be interested in receiving aid under USSR's program of technical assistance for backward nations. But by the end of the year, America’s attention was riveted on the efforts of the Army-JPL team to prepare Jupiter-C for an Explorer I satellite-launch attempt, tentatively scheduled for late January l958. 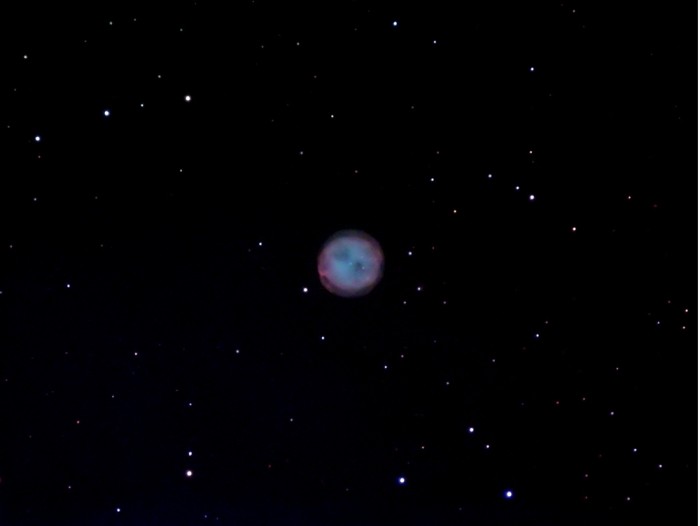 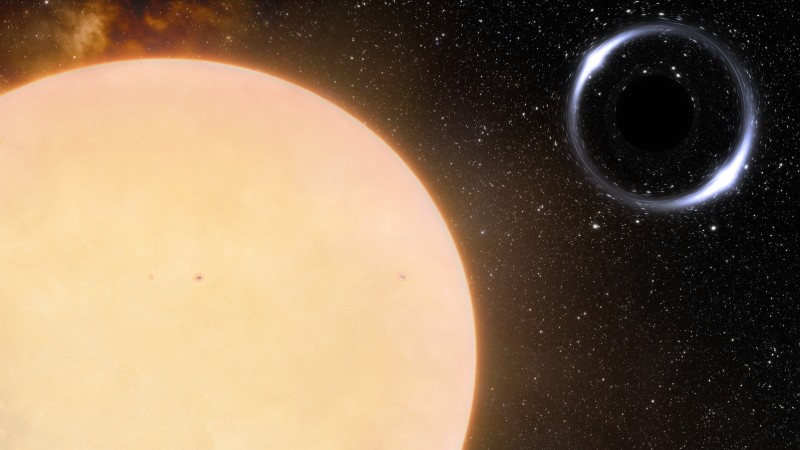 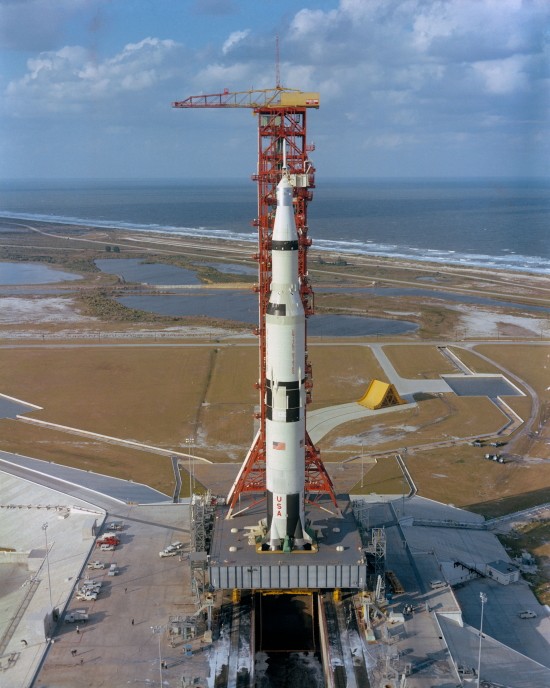 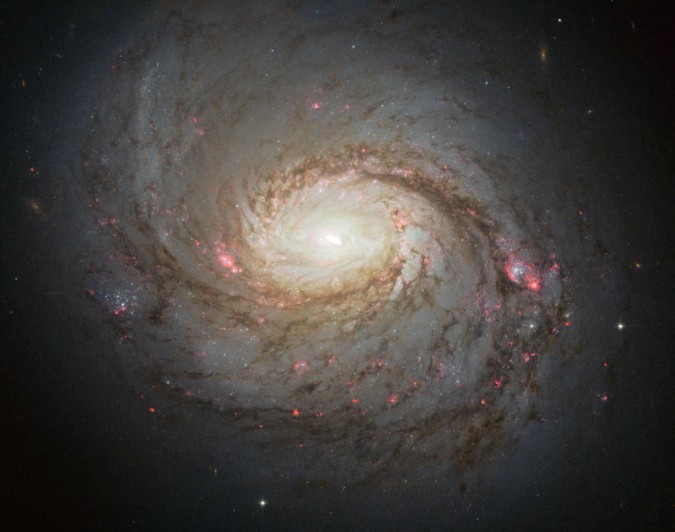 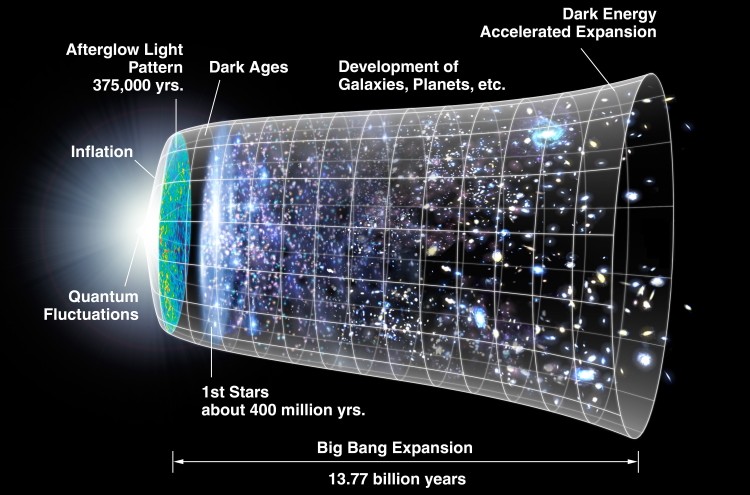