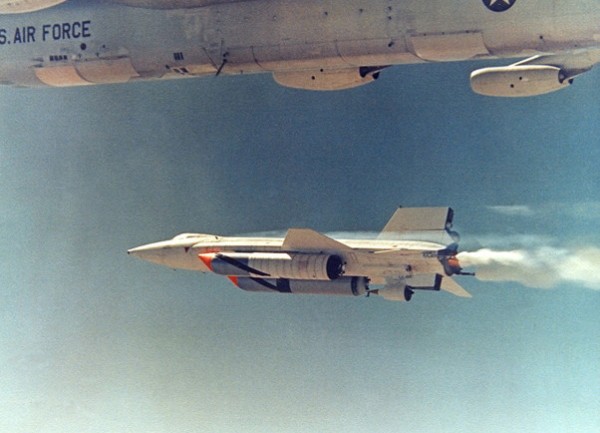 55 years ago today, on October 3, 1967, William John “Pete” Knight set a world aircraft speed record for a manned aircraft by piloting his X-15A-2 to Mach 6.7 or 4520 miles per hour (7274 km/h) -- a record that still stands today. During his 16 flights in the X-15, Knight also became one of only eight test pilots to earn Astronaut Wings by flying an airplane to space, reaching an altitude of 280,500 feet (85,500 m). After nearly ten years of test flying at Edwards Air Force Base in California, Knight went to Southeast Asia in 1968 where he completed a total of 253 combat missions in an F-100 Super Saber during the Vietnam War. After 32 years of service and more than 6000 hours in the cockpits of more than 100 different aircraft, he retired from the US Air Force as a Colonel in 1982. Pete Knight was a test pilot, aeronautical engineer, Vietnam War combat pilot, astronaut, and even for a short time, a politician. Knight passed away in 2004 at age 74, truly an American hero… As were the rest of the brave test pilots who participated in the X-15 program.

A nicely done article and a good read! What an achievement by Knight, Mach 6.7!!!

Thanks Rod. Glad you enjoyed the posting.

These X-15 test pilots were a special breed and had amazing courage.

Just think -- If something goes south at Mach 6.7, a pilot doesn't have the luxury of yanking on the ejection seat lever and punching out. At that speed the plane is on the verge of melting. Sitting in that cockpit, it is best not to think of all the things that could fail at any moment.

Until we perfect some form of anti-gravity technology, I don't think this record will ever be broken.