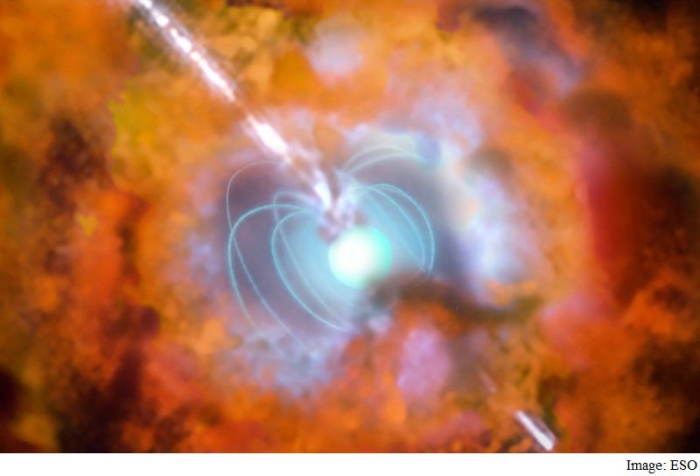 Astronomers have discovered some of the oldest stars in the galaxy, whose chemical composition and movements could tell us what the Universe was like soon after the Big Bang.

An international team of astronomers, led by researchers from the University of Cambridge and the Australian National University, have identified some of the oldest stars in our galaxy, which could contain vital clues about the early Universe, including an indication of how the first stars died.

These stars, which have been at the very center of the Milky Way for billions of years, contain extremely low amounts of metal. One of the stars is the most metal-poor star yet discovered in our galaxy. These stars also contain chemical fingerprints which indicate that the very first stars may have died in spectacular deaths known as hypernovae, which can be ten times more energetic than a regular supernova. The findings could aid in understanding just how much the Universe has changed over the past 13.7 billion years.

For decades, astronomers have been trying to determine what the Universe was like soon after the Big Bang. Understanding how the first stars and galaxies formed is crucial to this goal. While some astronomers are looking outward to galaxies billions of light years away to untangle this mystery, others are looking inward to the center of our galaxy.

If you've ever looked up at the night sky from a dark place you might see the center of the Milky Way. There are billions of stars in our galaxy, and astronomers are interested in picking out the oldest stars and finding out about their chemical composition and movements.

Soon after the Big Bang, the Universe was entirely made up of only hydrogen, helium, and small amounts of lithium. All of the other elements, like the oxygen we breathe or the sodium in our food, have been made inside stars or when they die as supernovae. This has led astronomers to search for extremely metal-poor stars -- stars with lots of hydrogen, but very little of any other element.

It had been thought that the very first stars formed in the center of the galaxy, where the effects of gravity are strongest. But after decades of searches, astronomers found that most stars in the center of our galaxy have a similar metal content to those much closer to us. While the stars at the center of the galaxy are about seven billion years older than the Sun, they're still not old enough to understand what the conditions were like in the early Universe.

Using telescopes in Australia and Chile, astronomers may have landed on a winning strategy to find the oldest stars in the galaxy. Stars with a low metal content look slightly bluer than other stars. That is a key difference that can be used to sift through the millions of stars at the center of the Milky Way.

Using images taken with the ANU SkyMapper telescope in Australia, the team selected 14,000 promising stars to look at in more detail, with a spectrograph on a bigger telescope. A spectrograph breaks up the light of the star, much like a prism, allowing astronomers to make detailed measurements.

Their best 23 candidates were all very metal-poor, leading the researchers to a larger telescope in the Atacama desert in Chile. From this data the team identified nine stars with a metal content less than one thousandth of the amount seen in the Sun, including one with one ten thousandth the amount, which is now the record breaker for the most metal-poor star in the center of the galaxy.

"If you could compress all the iron in the Sun to the size of your fist, some of these stars would contain just a tiny pebble by comparison," said Dr Andrew Casey of Cambridge's Institute of Astronomy. "They're very, very different kinds of stars."

However, knowing that these stars have low amounts of metal wasn't enough to be certain that they formed very early in the Universe. They could be stars that formed much later in other parts of the galaxy that weren't as dense, and they are just now passing through the center. To separate those possibilities, researchers measured distances and used precise measurements of the stars' movement in the sky to predict how the stars were moving, and where they had been in the past.

They found that while some stars were just passing through, seven of the stars had spent their entire lives in the very center of our galaxy. Computer simulations suggest that stars like this must have formed in the very early Universe.

"There are so many stars in the center of our Galaxy. Finding these rare stars is really like looking for a needle in a haystack," said Casey. "But if we select these stars in the right way, it's like burning down the farm and sweeping up the needles with a magnet."

When the very first stars in the galaxy died, they left a chemical signature on the generation of stars reported on in this latest study. This chemical fingerprint suggests the very first stars may have died in spectacular deaths known as hypernovae, an explosion ten times more energetic than a regular supernova. This would make it one of the most energetic things in the Universe, and very different from the kinds of stellar explosions we see today.

"This work confirms that there are ancient stars in the center of our Galaxy. The chemical signature imprinted on those stars tells us about an epoch in the Universe that's otherwise completely inaccessible," said Casey. "The Universe was probably very different early on, but to know by how much, we've really just got to find more of these stars -- more needles in bigger haystacks."