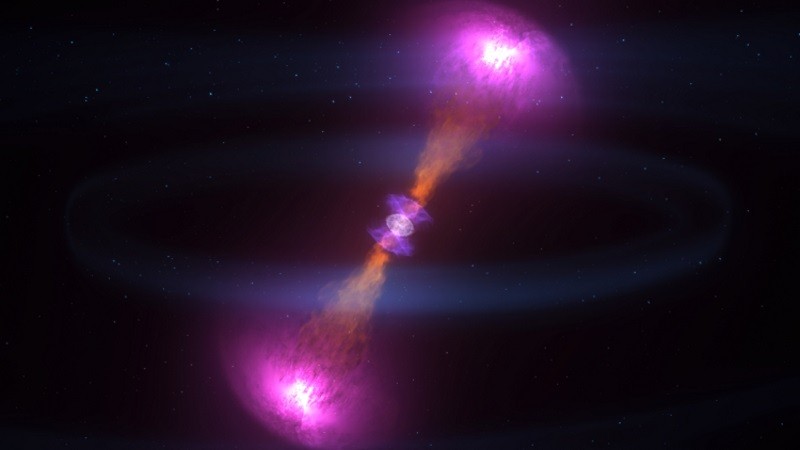 While hydrogen and helium were formed in the Big Bang 13.8 billion years ago, heavier elements like carbon and oxygen were formed later in the cores of stars through nuclear fusion of hydrogen and helium. But this process can only build elements up to iron. Making the heaviest elements, like gold, platinum, or uranium, requires a special environment in which atoms are repeatedly bombarded by free neutrons. As neutrons stick to the atomic nuclei, elements higher up the periodic table are built. Where and how this process of heavy element production occurs has been one of the longest-standing questions in astrophysics. Recent attention has turned to neutron star mergers, where the collision of the two super-heavy stars ejects clouds of neutron-rich matter into space, where they assemble into the heavy elements. Based on the brightness and color of the light emitted following the merger, which closely match theoretical predictions, astronomers can now say that the gold or platinum in your wedding ring was in all likelihood forged during the brief but violent merger of two merging neutron stars somewhere in the universe. This discovery was made possible by the detection of gravitational waves from the cataclysmic merger of two neutron stars, and the observation of the visible light in the immediate aftermath of that merger.