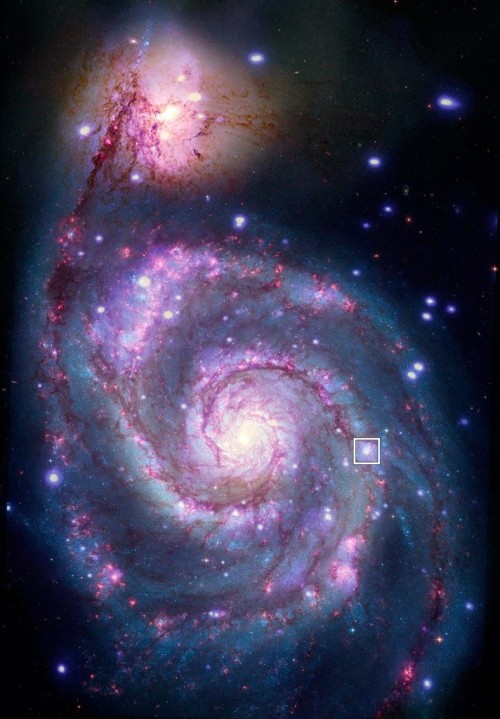 Exoplanets are defined as planets outside of our Solar System. Until now, astronomers have found all other known exoplanets and exoplanet candidates in the Milky Way galaxy -- Almost all of them less than about 3000 light-years from Earth. Now, signs of a planet transiting a star outside of the Milky Way galaxy may have been detected for the first time. The possible exoplanet candidate is located in the spiral galaxy Messier 51 (M51), also called NGC 5194 or the Whirlpool Galaxy because of its distinctive profile. This intriguing and unprecedented result, using NASA’s Chandra X-ray Observatory, opens up a new window to search for exoplanets at greater distances than ever before.