Cassini Spacecraft Dives Between Saturn and Its Rings -- and Survives 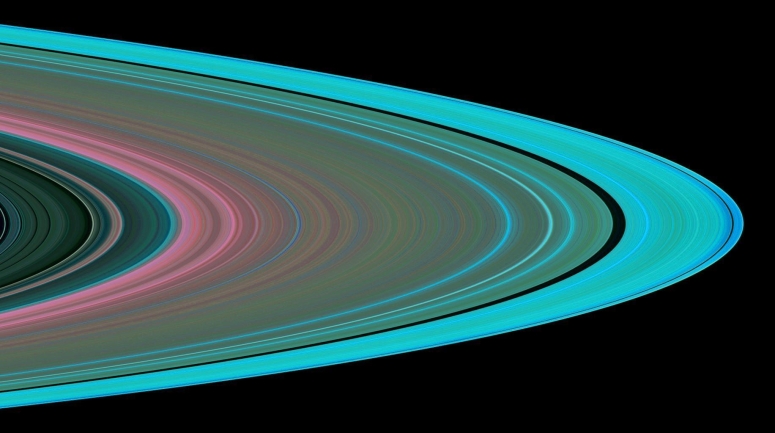 NASA's Cassini spacecraft is back in contact with Earth after its successful first ever dive through the narrow gap between the planet Saturn and its rings on April 26, 2017. The spacecraft is in the process of beaming back science and engineering data collected during its passage, via NASA's Deep Space Network (DSN) Goldstone Complex in California's Mojave Desert. The DSN acquired Cassini's signal at 11:56 PM PDT on April 26, 2017 and data began flowing at 12:01 AM PDT on April 27.

"In the grandest tradition of exploration, NASA's Cassini spacecraft has once again blazed a trail, showing us new wonders and demonstrating where our curiosity can take us if we dare," said Jim Green, director of the Planetary Science Division at NASA Headquarters in Washington.

While mission managers were confident Cassini would pass through the gap successfully, they took extra precautions with this first dive, as the region had never been explored.

"No spacecraft has ever been this close to Saturn before. We could only rely on predictions, based on our experience with Saturn's other rings, of what we thought this gap between the rings and Saturn would be like," said Cassini Project Manager Earl Maize of NASA's Jet Propulsion Laboratory (JPL) in Pasadena, California. "I am delighted to report that Cassini shot through the gap just as we planned and has come out the other side in excellent shape."

The gap between the rings and the top of Saturn's atmosphere is about 1500 miles (2000 kilometers) wide. The best models for the region suggested that if there were ring particles in the area where Cassini crossed the ring plane, they would be tiny, on the scale of smoke particles. The spacecraft zipped through this region at speeds of about 77,000 mph (124,000 kph) relative to the planet, so small particles hitting a sensitive area could potentially have disabled the spacecraft.

As a protective measure, the spacecraft used its large, dish-shaped high-gain antenna (13 feet or 4 meters across) as a shield, orienting it in the direction of oncoming ring particles. This meant that the spacecraft was out of contact with Earth during the ring plane crossing, which took place at 2:00 AM PDT on April 26th. Cassini was programmed to collect science data while close to the planet and turn toward Earth to make contact about 20 hours after the crossing.

Cassini's next dive through the gap is scheduled for May 2nd.

Launched in 1997, Cassini arrived at Saturn in 2004. Following its last close flyby of the large moon Titan on April 21, 2017, Cassini began what mission planners are calling its "Grand Finale." During this final chapter, Cassini loops Saturn approximately once per week, making a total of 22 dives between the rings and the planet. Data from this first dive will help engineers understand if and how they will need to protect the spacecraft on its future ring plane crossings. The spacecraft is on a trajectory that will eventually plunge into Saturn's atmosphere -- and end Cassini's mission -- on September 15, 2017.


The Cassini-Huygens mission is a cooperative project of NASA, ESA (European Space Agency) and the Italian Space Agency. JPL, a division of Caltech in Pasadena, California, manages the mission for NASA's Science Mission Directorate. JPL designed, developed, and assembled the Cassini orbiter.