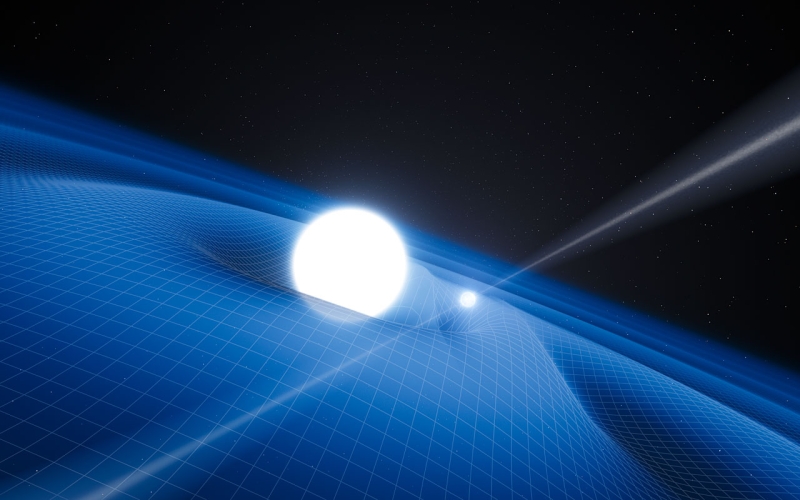 Astronomers using ESO's Very Large Telescope, along with radio telescopes around the world, have discovered an exotic binary pair that consists of a tiny, but unusually heavy neutron star that spins 25 times each second, orbited every two and a half hours by a white dwarf star. This strange new binary provides a unique laboratory that allows tests of Einstein's theory of gravity in ways that were not possible up to now. So far the new observations exactly agree with the predictions from General Relativity. Einstein's General Theory of Relativity, which explains gravity as a consequence of the curvature of space-time created by the presence of mass and energy, has withstood all tests since it was first published almost a century ago.

Guy thanks for posting these interesting stories, science is truly advancing at a remarkable rate.<br>Thanks Pete