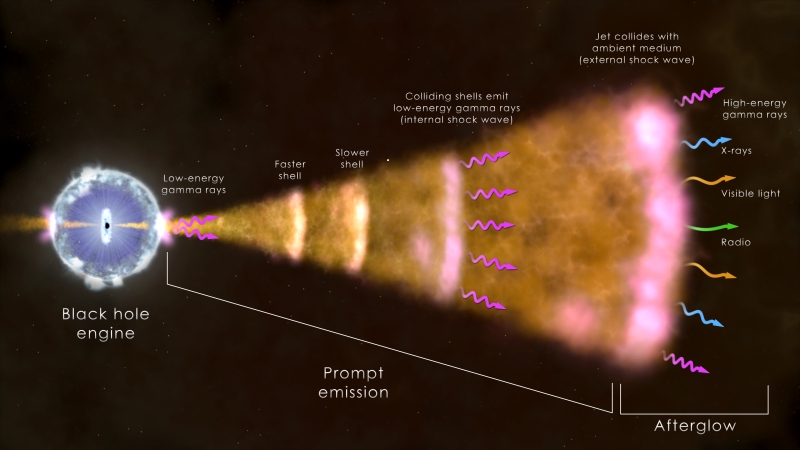 Gamma-ray bursts (GRBs) are the most luminous explosions in the cosmos, thought to be triggered when the core of a massive star runs out of nuclear fuel, collapses under its own weight, and forms a black hole. The black hole then drives jets of particles that drill through the collapsing star and erupt into space at nearly the speed of light. The most energetic emissions, with billion-electron-volt (GeV) gamma rays, are thought to arise when the jet slams into its surroundings, forming an external shock wave. On April 27, 2013 a blast from a dying star in a distant galaxy became the focus of astronomers around the world. The explosion, designated GRB 130427A, topped the charts as the brightest ever seen. As luck would have it, a trio of NASA satellites, working in concert with ground based robotic telescopes, captured never before seen details of the event that are now being used to challenge current theoretical understandings of how gamma ray bursts work.