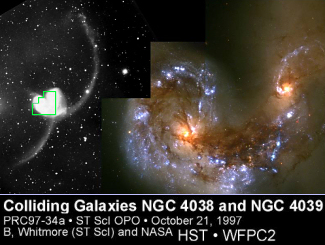 A unique observatory in a remote location in Argentina is starting to unravel the mysteries of High Energy Cosmic Rays. There is no scientific consensus on the source of these particles which the shower the Earth at energies 10 million times higher than can be produced in particle accelerators! But the Pierre Auger Observatory is shedding new light on these energetic particles from space and using them as messengers to tell us more about the wider Universe.

"These high-energy cosmic rays are messengers from the extreme universe," said Nobel Prize winner Jim Cronin, of the University of Chicago, who conceived the Auger experiment together with Alan Watson of the University of Leeds. "They represent a great opportunity for discoveries."

Watson added: "How does nature create the conditions to accelerate a tiny particle to such an energy? Tracking these ultrahigh-energy particles back to their sources will answer that question."

Cosmic rays generally are charged particles. Lower-energy rays are greatly affected by galactic magnetic fields, taking twisted and distorted paths to earth. High-energy rays, less affected by magnetic fields, take a more direct path to Earth. If experimenters see more rays from one direction than from another, they can refine their observations to include point source searches, tracking back fairly closely to a point source or an object in the sky.

"Once more science stands at the threshold of resolving a fundamental question that has so far eluded mankind - the source of high energy cosmic rays," the Chief Executive of the UK's Particle Physics and Astronomy Research Council [PPARC], Prof. Keith Mason. "And I look forward with great interest to Auger's quest to unravel one of Nature's most intriguing mysteries."