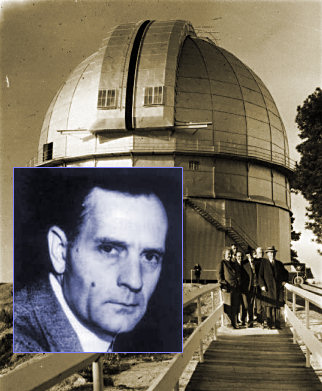 This is the same Hubble who said, “...I chucked the law for astronomy, and I knew that even if I were second-rate or third-rate, it was astronomy that mattered...” and then returned to his undergraduate alma mater, the University of Chicago, for postgraduate work leading to his doctoral degree in astronomy.

Hubble worked at the Mount Wilson Observatory where he proved the need for a telescope larger than the 100-inch reflector they were using at the time and assisted in the design of the 200-inch Hale telescope. “With the 200-inch,” he said in a BBC broadcast in London, “we may grasp what now we can scarcely brush with our fingertips.”

“What do you expect to find with the 200-inch?” he was asked. Hubble’s reply, “We hope to find something we hadn’t expected.”