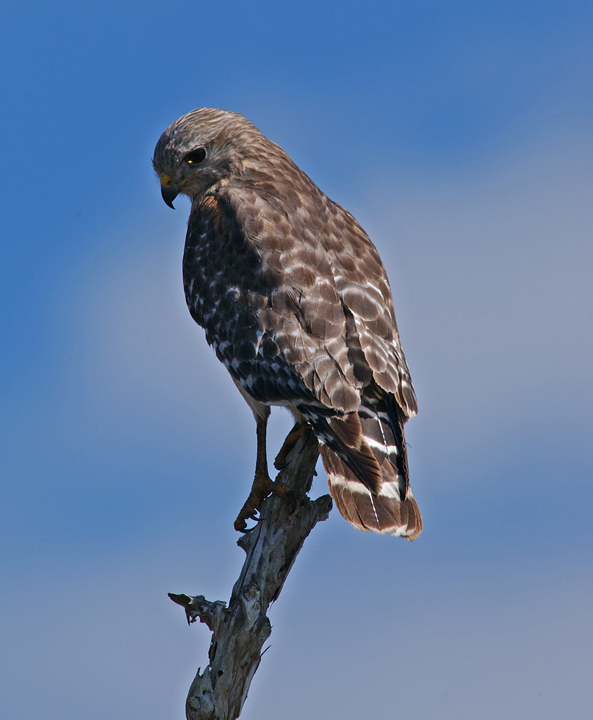 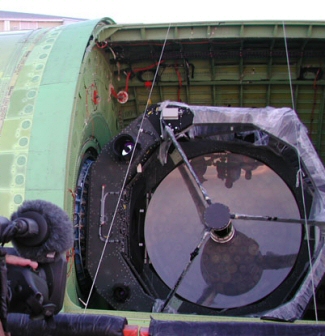 During the night of Aug. 18-19 in its first ground-based 'on-sky test,' the telescope was pointed at the star Polaris. A crisp white dot appeared on astronomers' computer screens inside the aircraft, demonstrating that the telescope's basic optical, mechanical and software systems all are functioning properly.

"This is an important milestone from an engineering perspective, because all the telescope subsystems have been integrated on the aircraft for the first time, and it substantiates all the engineering design and interface work performed on both sides of the Atlantic," said Kaiser Adeni of NASA Ames Research Center and NASA's deputy chief engineer for the SOFIA Project.

"Our first look at a star shows that the most basic requirements for observing with SOFIA have been met," said Dr. Ted Dunham, an instrument scientist at the Lowell Observatory, Flagstaff, Ariz., and principal investigator for SOFIA's High-speed Imaging Photometer for Occultations (HIPO) team.

While it was not designed to conduct any airborne science observations, the test did provide a team of SOFIA scientists and engineers on the ground with an opportunity to calibrate the telescope and the newly installed HIPO, the first scientific instrument aboard SOFIA. Scientists plan to conduct ground-based observations of the sky aboard SOFIA for the next three weeks.

"This is more than a fantastic milestone for the observatory," said Dr. Eric Becklin, chief scientist for SOFIA's prime contractor, Universities Space Research Association (USRA), Columbia, Md. "It also demonstrates the ability and teamwork of all the major participants in the project."

Flying at altitudes above 40,000 feet, SOFIA will help astronomers learn more about the birth of stars, the formation of solar systems, the origin of complex molecules in space, the nature and evolution of comets, how galaxies change with time and even the nature of the mysterious black holes lying at the centers of some galaxies, including our own.

Scientists use HIPO to provide high-speed, time-resolved imaging photometry at two optical wavelengths. HIPO has a flexible optical system and numerous readout modes, which allow many specialized observations to be made. The primary function of HIPO is to observe stellar occultations. During a stellar occultation, a star serves as a small probe of the atmospheric structure of a solar system object, or the surface density structure of a planetary ring or comet.

During observations over the next few weeks, the integration team hopes to calibrate SOFIA's telescope subsystems using HIPO and see if there are any distortions in the airborne observatory's telescope.

"Installation of HIPO is the final building block in the functional integration process that has taken approximately five months," Adeni said. "Now, over the next few weeks, we need to characterize the behavior and performance of the telescope and make sure everything is working the way it is supposed to."

SOFIA will be based at NASA Ames Research Center in California's Silicon Valley. Scientific management of the observatory operations will be conducted for NASA by USRA. Evergreen Airlines will be responsible for maintenance and flight operations.