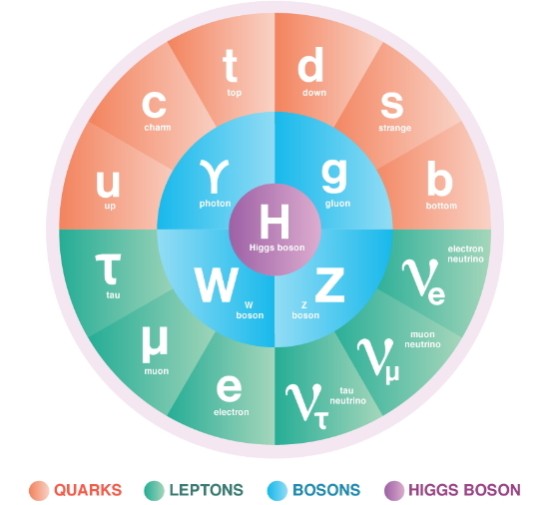 Despite its success at explaining the Universe, the Standard Model of Particle Physics does have limits. Results from Fermilab, Brookhaven, and CERN over the years have shown evidence that our best theoretical model of the subatomic world may be incomplete. According to the Standard Model, all ordinary matter, including every atom in the periodic table of elements, consists of only three types of matter particles: up and down quarks (which make up the protons and neutrons in the nucleus) and leptons (which include the electrons that surround the nucleus). The model also explains how force carrying particles, which belong to a broader group of bosons, influence the quarks and leptons. The Standard Model also explains three of the four fundamental forces that govern the Universe: electromagnetism, the strong force, and the weak force. The fourth fundamental force, gravity, regrettably, is not adequately explained by the Standard Model. That’s basically it. Recently, a series of more precise measurements of these already known standard particles and processes have produced results that threatening to shake up physics… And with the Large Hadron Collider getting ready to run at a higher energy and intensity level than ever before, it is time to start discussing the implications, which may result in some new physics.