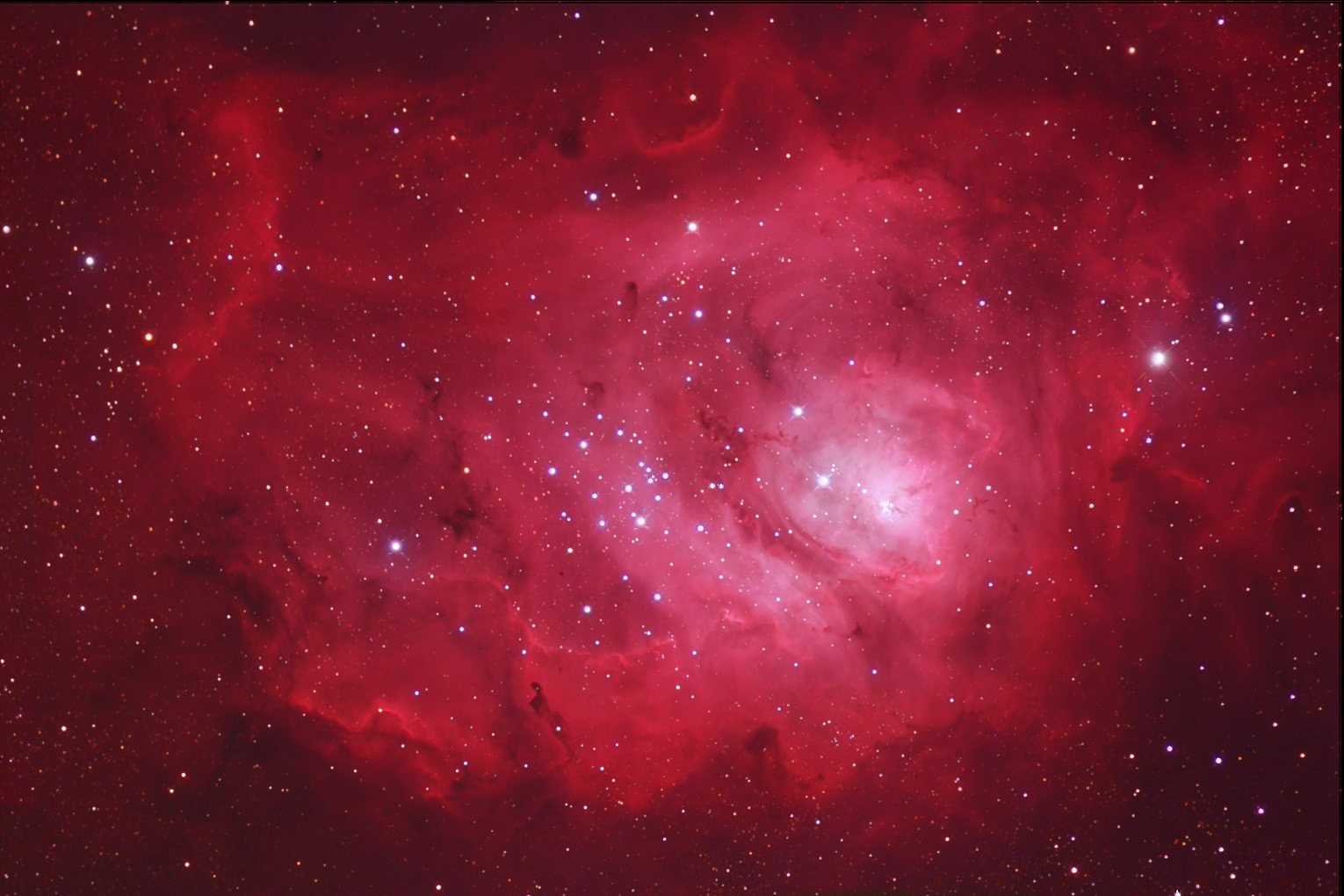 (Opinions are solely those of the reviewer; further, I have no connection with the author, publisher, or vendor; this book was purchased retail)

I’m by no means an accomplished astrophotographer. Although I have a low-end CCD camera, living in a place infested with trees means I have to tote everything off site to get an horizon. The potential for imaging without the lengthy setup required for the ST237A was very appealing – once focused, my Canon 300D with its altered TC80N3 remote (see http://www.werbeagentur.org/oldwexi/TC80N3.html) can take a series of images even without a laptop connected.

But I know next-to-nothing about imaging with a digital camera, so when I discovered the existence of this book, it was a must-have.

The Book Its Ownself

When the package arrived, I was sure the vendor had by mistake sent a 6” mirror blank, it’s that heavy. The binding is of unusually high quality, as is the paper stock – this volume won’t fall apart after heavy use.

All the images within appear to be fine-screen duotone. There were no artifacts.

I noted only two minor proofing errors, and only two factual (one, unrelated to astrophotography, is a cause for concern – more on that later).

The Table of Contents is very detailed; the index somewhat less so. The three appendices are quite comprehensive and useful.

Buy this book! You won’t be disappointed!

Robert Reeves has authored a comprehensive work covering virtually all aspects of imaging with digital cameras – everything from fixed-lens/point-and-shoot, to webcams, and to DSLRs, is examined and explained in detail.

The theoretical, the practical, and the “how-to” are all treated in depth. The style, while light and informal, is consistently informative – and concise - there is no wasted verbiage.

Because this book is so packed with useful content, I decided the best way to try to give it its due is to list the main headings in the Table of Contents with a digest of what is covered:

Entering the Digital Realm: Contains the expected introduction, brief comparisons of the features of digital imaging vs. film, and a “quick-start” guide (imaging the Moon)

Digital Imaging Using a Webcam: Choosing, setting up, and imaging with a webcam, including a primer on Registax

The Differences Between Film and Digital Cameras: Including how digital cameras work: Details on sensors (such as construction, resolution, and sensitivity) and how images are derived from arriving photons

Types of Astrophotography: From fixed tripods through barn-door trackers through piggy-backs, on to afocal and prime focus, and eyepiece projection

What Camera to Choose: In-depth comparison of fixed-lens point-and-shoot to DSLRs, with descriptions of specific cameras and their features

Camera Lenses for Astrophotography: What’s needed to know to choose lenses for imaging with the camera itself

Accessories for Astrophotography: The “He’s Done Thought of Everything” Department…really!

Using a Digital Camera for Astrophotography: The gem of the book – real-world things one needs to know…from things not to do to ISO settings, exposures, noise, filters, and so forth

Real World Astrophoto Problems: A potpourri: Atmospheric issues, dew, mosquitoes, lions, tigers and bears (oops, not so much the latter…), even clothing for comfort

Image Processing: Decent images could be made just from the information in this forty-page chapter; the “plug” for AIP4WIN can be forgiven (I ordered it!)


Errata: Mentioned earlier is a serious misstatement on page 351 (Referring to propane tanks for mosquito traps): “Exchange tanks have a certain percentage of air in them to allow for expansion when stored outside in racks near the retailer selling them.” This is NOT true – propane tanks have to be purged of all air prior to filling, and air is not allowed to be reintroduced! The reason not to use “exchange” tanks is that many vendors have proprietary (non-standard) fill fittings so that the tank cannot be refilled at an LPG dealer, which is usually much cheaper. And the reason difficulty can be encountered in relighting the mosquito trap burner is that air gets into the line and has to be purged before a relight can occur. Because the orifice on mosquito traps is so small, purging can take ten to twenty minutes.

I mentioned in the Short Review, “Buy this book!” Introduction to Digital Astrophotography is logically laid out; each chapter builds on its predecessors with a useful duality: Each chapter gives detailed explanations of certain things while also advancing, step-by-step, the reader’s practical imaging knowledge. It’s exhaustive about not only the use of digital cameras in astrophotography, but it’s also laden with useful ancillary information.

And nothing is left to chance; if Mr. Reeves refers to it, it’s “in the book”.

This is the only book one would need to “get into” astrophotography with a digital camera.