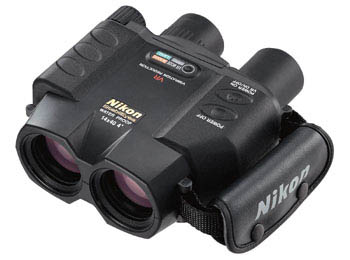 My volunteer medical work takes me to some of the most exotic places in the world. I usually take some sort of astronomical instrument along. I have been known to do majorly stupid things like lugging an Astro-Physics Traveler, a P2-Z, and a full astrophotography set-up through customs in three countries (it was cloudy in Peru for a solid week on that trip). My vintage C8 has made it to rural Mexico exactly once; try convincing Mexican officials that the long metal tubes you are bringing into their country are not dangerous! I don't have to tell many of you who have taken fragile and expensive equipment to remote sites by plane that it can be a huge hassle, not to mention a risky proposition. So when the opportunity came up to travel to Niger, Africa, this month on a medical mission, I once again started up a search for the ideal travel instrument. I remembered how ridiculously dark the skies over this largely undeveloped country are. But the thought of complicating my trip with heavy, delicate equipment was not pleasant. I concluded that a good pair of binoculars was the only way to go; but which model?

The ideal instrument for my trip had to have a combination of several characteristics. It needed to be durable and compact. I needed to be able to hand-hold it, but I wanted maximum light grasp. I also wanted optical perfection: nothing bugs me more than stars that can't be focused. I have owned almost every pair of high end binos out there: a Nikon 20X100 (a cast metal monster that weighed more than 50 lbs); Takahashi 22X60 (fantastically sharp, but impossible to handhold); Canon 15X50IS and 18X50IS (great for land viewing, but images too soft and colored for astronomical viewing); Fujinon 10X70 (excellent optically, but still needs a tripod); Nikon 18X70 Astroluxe (sharper than the Fujinon's, but can't hold by hand).

My research revealed two potential candidates: the Fuji 14X40 Techno-Stab and the Nikon 14X40 Stabileyes. These were different from the Canon IS series in a critical way: they use a mechanical prism system to stabilize the image, contrasted to the Canon's which use a fluid-filled prism system. I was convinced by several reviews that I read that the mechanical prisms were superior in terms of image clarity. Indeed, my experience with the Canon's was that they worked fine with the stabilization off, but developed optical "softness" with the stabilization on, defeating the purpose of owning the world's heaviest 50mm binoculars!

I found a second hand pair of the Nikon 14X40 Stabileyes. I fully intended to also purchase a pair of the Fujinon's. The Nikon's arrived first. Reading the manual, I learned that the image stabilization had two settings: one for standing, and one for riding in a vehicle. Yeah, right, I thought.

The first clear night in my backyard with the Nikon's proved them to be fantastic. The binos weigh in at just under 4 pounds, and are comfortable to hold. Four AA batteries power the unit. A soft adjustable strap which can be put on either side gives a measure of security when holding them with one hand. Focusing is a done with an easy to use knurled rubber knob conveniently placed near one's right thumb and forefinger rest while holding the scope. A diopter adjustments on the right ocular permits balancing the focus between one's eyes. The first push of the on/off button puts the binos on standby mode, and a second push activates the IS feature. A pleasant mechanical whir sounds when the binos come on, but there is no sound during operation. Without the image stabilization on, I enjoyed edge to edge sharpness, and no false color. Here is the surprise: when I clicked on the image stabilization, the view remained perfectly sharp, except that there was no perceptible hand-shake. The field panned around with me with a slight delay. I could easily make out Trapezium in M42, a feat that I had never achieved while hand-holding any binocular. The Pleiades were perfectly framed by the 4 degree field. Mars resolved into a clear disc. I went back inside with a smile on my face, and promptly cancelled my order for the Fujinon's. No need to look any further. I had found my traveling partner for Africa.

STARS IN THE SAHARA

After a few exhausting days of working in the volunteer medical facility in the capital city of Niger, I worked up the courage to venture out into the desert one night. The skies above Niamey were hopelessly light polluted. My fellow team members thought I was crazy, but I was determined to see the dark African skies again. I hired a cab, who told me that we had to go we had to go where there "was no electric." We negotiated a price of $30, which is more than a weeks pay for the average resident of Niger! Obviously, I was not the first crazy foreigner this guy had run into that wanted to see the stars in his country. Thirty minutes of dirt road later, we were ten miles into the Sahara, on the road between Niamey and Mali. My driver parked the car on the side of the road, and we wandered into the pitch black desert. I suppressed the thought that this might be a really, really dumb idea!

With my naked eyes, the stars were astounding. I could hardly make out my familiar constellations due to the sheer number of stars present. I could have spent the evening out there. Time was short, though, so I got out the Nikon's to scan through my favorite Messier objects. The performance of the binos was nothing short of miraculous: sharp, pinpoint stars across the field, and details I had not seen before with binos with twice the aperture while hand-holding. The open clusters in Auriga were spectacular. The Perseus Double Cluster showed a range of color. M42 showed far more detail than I thought was possible with 40mm of aperture. The highlight of the evening was showing the taxi driver several of the deep sky sights I had enjoyed. I will not soon forget the look on his face.

After about an hour, we had to head back to the hotel, but I noticed Andromeda peeking over the horizon as we drove off. While we hurtled down the rough dirt road, I poked the binos out the half-open window. No way the "vehicle" setting of the binos really worked, right? My jaw dropped when I soaked in the view. Somehow, the binos maintained a jostle-free view despite the bumpy ride. Simply unbelievable! Starwatching on the run?! This absolute gem of a pair of binoculars had found a permanent home with me.