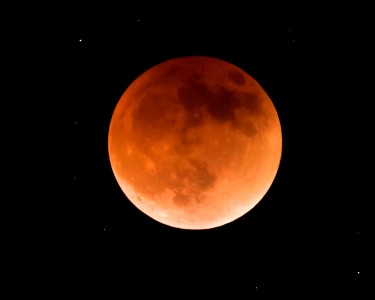 The Orion Epic ED2 series comes in focal lengths ranging from 3.7mm to 25mm. Every eyepiece in the series has 6 elements including 2 elements of ED glass. The Epics also feature a 55 degree apparent field and 20mm of eye relief which is comfortable for those that wear eyeglasses. Orion currently sells the Epic series for $72.95 each.

The Smart Astronomy EF line comes in 16mm, 19mm, and 27mm focal lengths. The 3 eyepieces in this line have 5 elements in 3 groups. Eye relief and apparent field are different for each focal length. The 19mm FL used in this review has an eye relief of 19mm and the largest apparent field in the series at 65 degrees – making this a true wide field eyepiece. Smart Astronomy sells these eyepieces for $89.95. Orion also has a version of this series offered at a higher cost of $104.95 each.

Daytime observing isn’t the greatest time to compare eyepieces. However, the daytime comparisons of the moon did reveal some important differences in the two eyepieces.
18mm Epic: I began with the 18mm Epic. The sky surrounding the Moon was a very whitish light blue and the edge of the field showed a noticeable yellow fringe of light at the field stop. The washed out blue of the sky became very white near the last 15% of the field. So there was uneven sky color across the field. But the biggest problem with the eyepiece was the significant kidney bean effect. It was moderately difficult to maintain hold on the exit pupil.

19mm EF: When I switched to the 19mm EF there was a dramatic improvement. The sky was suddenly a deeper blue and unlike the 18mm Epic, there was a very even sky color across the field. It was very easy to maintain the exit pupil (no kidney bean effect) and the lunar features had better contrast.

The sky was clear and the air was only very slightly breezy for these observations. There was not any significant upper air turbulence. An Orion 13% transmission lunar filter was used with both eyepieces.

19mm EF: Since the 19mm EF performed better in daytime, I decided to begin with this eyepiece. The moon had very good contrast in the center of the field. The surrounding sky was an even black. The lunar features begin to blur as the moon drifts within the last 20% of the field and the blurring becomes significant within the last 10-15% of the field. However, this is not a serious problem as the generous 65 degree field allows the moon to be framed quite nicely in the sharp central 80% of the field. On a whim I masked the refractor down to 53mm making the refractor f/18.8 and the field then remained sharp within 10% of the edge.

18mm Epic: When I switched to the 18mm Epic it was immediately apparent that the surrounding sky was not as black. The kidney beaning problem seen during the daytime was just as problematic. The Epic was sharper near the edge than the 19mm EF, but it also has a smaller 55 degree apparent field. However, the Epic surprised me in that it actually gave a “warmer” image of the Moon and better contrast on the lunar features. I was able to detect several lunar features more clearly and crisply in the 18mm Epic than the 19mm EF.

As another contrast check at this point I put in a 24mm Vernonscope Brandon with a Vernonscope lunar filter. Brandons are known for superior contrast. The 24mm Brandon gives a modestly lower magnification (41.7x) than the Epic and EF so the comparison may be somewhat compromised. Neither of the eyepieces had as sharp a level of contrast as the Brandon. However Brandon’s cost $235 new, so they are not a tight budget purchase.

On this night, due to the first quarter moon, the overall quality of these eyepieces for deep sky could not be directly assessed. However, I have compared them on previous nights and will describe relative performance as seen on this night.

19mm EF: The 19mm shows an even black sky background across the field and no curvature was detectable. When centered M-13 showed slightly better contrast than the 18mm Epic. However, significantly superior contrast was evident near the edges of the field. The difference in contrast performance was not as great when looking at M81/82. However on previous moonless nights, the superior contrast of the 19mm EF was obvious across the field.

As additional comparisons I compared the 18mm Epic and the 19mm EF to the 27mm Orion version of the SA EF series as well as to the 24mm Brandon. The 27mm Orion showed similar contrast and performance to the 19mm EF but does have a smaller 53 degree apparent field. In addition, the 27mm Orion is parfocal with the 19mm EF – not unexpected as they are the same series.

In this comparison, the Smart Astronomy 19mm EF is the clear winner over the 18mm Orion Epic ED2. The 19mm EF is easier to look through, has significantly better field contrast - especially near the edges, has a wider apparent field, and performs almost as well as a 24mm Brandon. For deep sky purposes, there really is no comparison as the 19mm EF clearly wins out. The 19mm EF also has twist up eyecaps if you do not wear eyeglasses.

That said, the 18mm Epic did actually give a warmer, higher contrast nighttime view of the Moon than the 19mm EF. If you are an avid lunar observer, then the Orion Epic series might have a lot to offer you at a low cost.

The 19mm EF is an exceptional value. Considering the surprising 65 apparent field of this eyepiece, you are getting a wide field eyepiece that has very good contrast and is sharper toward the edge than other lower cost 65 to 72 degree wide field eyepieces I have looked through. If deep sky observing is your objective then it is worth the extra $17 (or even the extra $32 if you get the Orion version) to purchase this eyepiece over the 18mm Epic. Finally, while the 19mm EF was the superior performer in this comparison, the Epic series does have a wider range of available focal lengths so if a low cost step-up from cheap plossl eyepieces is your goal, the Epics will definitely meet that need.