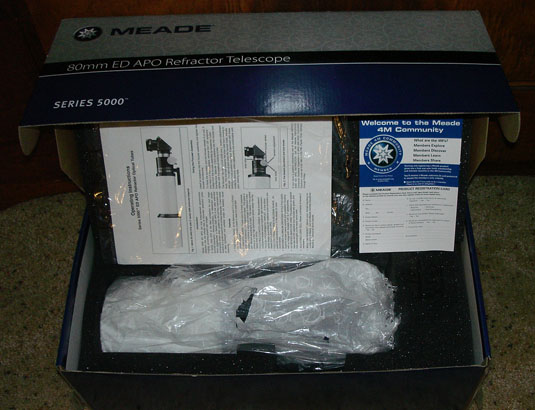 Just over a year ago, Mighty Meade made an announcement: they were preparing to release a new, low cost, triplet apochromat design. A number of questions were immediately raised in forums and blogs across the web: Would Meade’s entry into the low-cost APO field rout the established players in the field? Are three pieces of air spaced glass in a mass-produced objective better than two? While few details were forthcoming from Meade (they were apparently busy trying to get the telescopes out the door), with the initial Series 5000 triplets finally shipping in early 2007, we could finally see if the Empire’s apochromat has what it takes to crush the Rebellion.