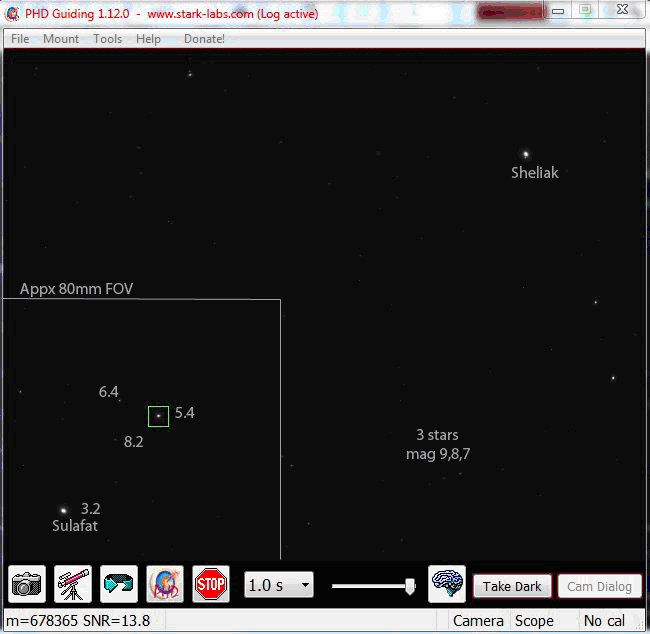 How often do you read of claims (like gas mileage) and think, "yea, right!" Well I'm happy to say that Orion has hit the mark with the Mini Guidescope paired with the Starshoot Autoguider.

I've been imaging for a few years with a 10" SCT and guiding with the popular 80mm f/5 refractor/webcam combo. It worked well, getting stars to about magnitude 7, but the drawback was that I always seemed to be using the 6 point rings to get a guidestar in the small field of view.

Orion's claim of "never have to search for potential guide stars" was quite attractive. I was a little skeptical because they would advertise beautiful deep space images that were a result of guiding with this unit, but no images that the unit itself put out or screenshots of it in use.

I purchased the complete setup of the 50mm Mini Guidescope and SSAG, which came with the needed accessories: 3pt finder mount (Vixen), base, parfocal ring and another mounting plate. Nothing really felt cheap about the setup even though it is fairly light (1.3 lbs).

The software installed without a hitch on Windows 7 Pro. I was familiar with Phd Guiding so that was not an issue.

First light:
Attaching to the scope is a no brainer. Focusing was a little awkward at first but then I got it and locked it down with the parfocal ring. Orion says you can use a low power eyepiece in the finder so I used a 25mm Plossl to align it to the OTA.

I was under the impression that the 3 point finder mount was the X-Y spring loaded one but it is not. It's a 3 point nylon screw type. I was disappointed at first because the X-Y type is very easy to move around. When I realized later in the evening that I didn't have the need to move it around, I was happy to have it snugged down for good with the 3 nylon screws.

My first test was Mizar. I use that often to check viewing conditions and get the webcam going on the 80mm refractor. The only noticeable difference was that the FOV was larger in Orion's guidescope. Both guiding setups were able to acquire the mag 7.5 magnitude star between Mizar and Alcor easily.

The real fun began when I went to M57. Normally I would have to hunt for a guide star but I was happy to see several in the FOV of the new guider setup. The other thing that impressed me again was the FOV itself. I was able to see from Sulafat to Sheliak with stars down to mag 7-8 easily with only a 1 second exposure.

I slewed to about 12 Messier objects over the course of the test and not once did I have to move the guidescope, and at a minimum I had 2 useable stars for guiding, most of the time there were more.

Just for fun I did a 5 second capture of the M57 area. There are tons of stars! 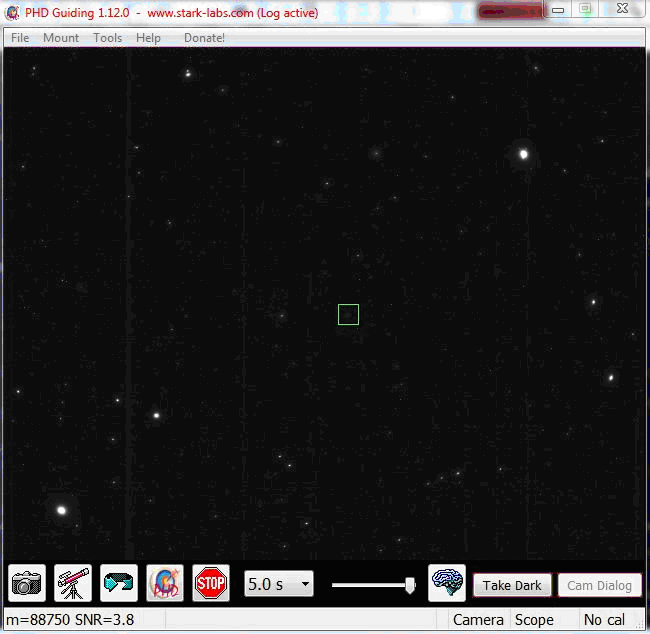 Conclusion: While overall this setup is just moderately more sensitive than the 80mm f/5 + webcam combo. Where it really shines is in its FOV and the weight you can take off the mount. And given the fact that I didn't have to move it once to find a guidestar near 12 Messier objects, I'd have to say it lives up to it's claims.

* Given a little better instruction on the setup for Phd Guiding. I was very familiar with it from previous use. I found that with the extremely short focal length (162mm) of the scope, the star would not move enough to calibrate. I upped the RA aggressiveness to 120%, hysteresis to 20%, and the calibration step to 3000. This worked for me and I'd assume it'd work for most people. So why not publish it? At least tell users that these are the numbers you'll need to adjust. I could see where those just starting out would be frustrated because the calibration would fail.

Otherwise, I think it was $350US well spent. I'll lose several pounds of weight without the rail/rings, 80mm refractor, flip mirror, and webcam. I'll also lose the headache of trying to find a guidestar near my target.