From One Extremist To The Other 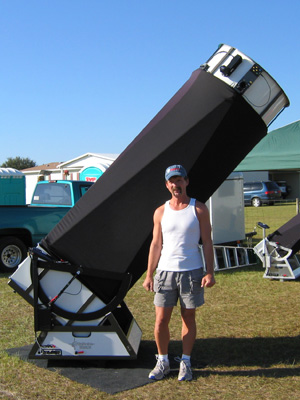 “To every action there is always opposed an equal reaction.” –Isaac Newton’s Third Law of Motion 1687. In macro-physics this is a well proven statement. Extremists in any form, on the other hand, have no qualm exerting a force equal to or greater than an initial action. I don’t believe there are many of us out there that like to think of ourselves as unbalanced – either in fairness, opinion, or reason. In fact, it’s easy for us to daydream about a Utopian society where justice is always done without prejudice, done swiftly, and done without error. Living up to our own expectation is where the difficulty arises. Self-reflection is and always has been the most trying task we can lay before ourselves. Pointing the finger of blame outwardly is far easier than looking in the mirror and pointing it at the figure we see reflected back at us. It can be a humbling if not shameful experience.

My great-grandfather Arthur Stein was a jeweler and watch repairman. I remember going to his house with my parents for a visit and being fascinated by all the clocks he had hanging on the walls. Dozens of them. I recall it was so exciting when the clocks would reach the hour mark because they would all chime simultaneously and how the noise was near deafening. When all the bells, “koo-koos” and chimes settled into silence I would sit and stare at the pendulums swinging left and right, tick …tick, anticipating the next hour. The only time they would ever stop was when a clock had to be wound. Grandpa would get out a key to wind the clocks, the springs clicking as their tension grew. With a small touch, the pendulum’s arm started its motion again.

Much like our world today, the pendulum of life sways from one side to the other: Liberal – Conservative; religious – atheist; intellect – instinct; war – peace; evolutionist – creationist, always on one side of the clock or the other and motion sending us in an ever changing direction. The question is: When will the spring lose its tension and gravity pulls both sides to the middle, at rest? The answer is easy. When we can be honest with ourselves, being open-minded enough, humble enough, to realize that all of life’s quandaries do not lie exclusively on one side of the pendulum’s swing or the other.

Over the last sixteen years my views on life and the world that surrounds us have changed vastly. Once I was an evolutionist, then a young earth creationist, now an advocate of intelligent design over eons. Who knows what tomorrow may bring. But be assured, each new discovery science brings opens an opportunity for me to refine my thoughts and beliefs and redirect any preconceived notions I may have. Being an amateur astronomer I anticipate with bated breath each new moon and the opportunity to view with wonder the objects that grace the sky and being able to apply the latest discoveries or theories I’ve learned to the eyepiece. Putting mind to matter.

Anyone who is an astronomer has either been a part of or overheard a debate on the age of the universe, the probability of alien life, evolution or whether or not they can see the central star in the Ring Nebula. Yes, I’ve seen it!

One thing I’ve noticed over the years is that those who are ardent evolutionists (being one once myself I know) or atheists/ naturalists tend to label those with religious leanings, or shall I say “non-conformist” points of view, extremists. In today’s world of terrorism, extremism takes on relatively unflattering thoughts of an inflexible, inconvincible, archaic, non-intellectual ideology. Yet it is those naturalists-evolutionists who decry intelligent design as immovable while their own openness is cemented in concrete. In 1925 a small trial convened in Tennessee revolving around a teacher named John T. Scopes who only wanted his students to be introduced to the idea of biological evolution. This exposed the extremist bent of the Biblical Creationists of the day. But the table has been turned. Today, state after state has defeated in court the battle to teach intelligent design next to biological evolution at the behest of evolutionary extremists, all in the name of “separation of church and state”. For the record, our Constitution guarantees the freedom OF religion, not the freedom FROM religion. So, intelligent design allows the student to choose his own “designer” or Xeno-impregnation source. This implies design not necessarily deity. In fact, if the evidence for biological evolution is so overwhelming, why are the naturalists so afraid? Yet the fact remains, evolutionary science has reached its limit, and the evidence for design grows daily, which we will look at shortly. But despite the mounting evidence, Darwinian advocates still turn a blind eye to the alternative implication.

It seems that we as a race should always strive for perfection, whether or not it can be attained, and with no equivocation seek the truth, regardless of its source. A quick search on the internet for “fake moon landing” or “Flat Earth Society” will show two groups of people who despite the evidence choose ignorance over enlightenment. It is my unfortunate assessment that many biologists face the same predicament. Certainly much can be said for the research done into evolutionary biology. It has unlocked much of our understanding into how the mechanics of life work down to the cellular level. Taking the next step can be intimidating to say the least. But think about where we would be if Edison, Einstein, Hubble or the Wrights hadn’t. Think about what we could learn about ourselves and origin if we shifted our cosmological pursuit from accidental to intentional.

When we were kids, most of us have built models. Airplanes, rockets, cars, the list goes on. The vast majority of people today are familiar with the model of evolution. We’ve all seen the drawing of the Phylogenetic Tree of Life or the branching tree of “common descent or ancestry” ; or the poster of the monkey walking on all fours progressing in several steps to man who for the most part is hairless and walks on two legs. Through an artist’s conception of pictures and words it is easy to show how life evolved on this planet, but what’s not so easy is to do so on the biochemical level. Let’s face it; though we can’t produce life, life is a series of biochemical reactions. Simplified, the body broken down to its smallest form is atoms, which form molecules, which form chemicals, which form proteins, which form cells, which form organs, which form us …humans. For that matter, all life on Earth. It is very easy to say or show through a series of drawings that through many small steps one species diverged and became another. The difficulty lies in how this happened at a biochemical level. Michael J. Behe in Darwin’s Black Box states, “…for the Darwinian theory of evolution to be true, it has to account for the molecular structure of life.”(1) His book shows it does not.

There are two things we need to briefly look at before we continue. They are “emergent properties” and “irreducible complexity”. Emergent properties are best described as follows: properties not present in a component part, begin to emerge as additional components are added together. For example, we humans are more than the sum of our parts. We are made of dead atoms and molecules, yet life, thought, emotion, etc. emerge from the combining of these molecules directed by DNA (similarly, just a series of proteins stuck together in helical form). Irreducible complexity is a simple way of stating that there are certain systems that biochemically cannot be reduced and maintain functionality, nor could have formed from simpler steps combining together, e.g. blood clotting cascade; flagella; or eyesight. Biology has done a wonderful job of explaining the mechanics of life but not its “origination”. Michael Denton aptly explains, “ …the tiniest bacterial cells are ...each in effect a veritable microminiaturized factory containing thousands of exquisitely designed pieces of intricate molecular machinery, made up altogether of one hundred thousand million atoms, far more complicated than any machine built by man…”(2) Fazale Rana and Hugh Ross comment on the formation of cellular structure with what they call the “Synergy Problem”. “The cell wall and membrane cannot be constructed without proteins, RNA, and DNA and these molecules cannot achieve stability without the cell wall and membrane. There can be no proteins without DNA and RNA, and there can be no DNA and RNA without proteins.”(3)

We humans love to revel in our own superiority. We love to win. Whether in debate, a great business deal or in sports. Certainly in this day and age humility is not one of our strong suits. But science and its enthusiasts must remain true to its intended goal – turning theory into law and separating fact from fiction, where ever the path leads us. We must never lose the intrepid spirit of Columbus, Lewis and Clark or Magellan. Otherwise we will lose all ground we’ve made in the past and doom ourselves to future of scientific degradation, if not ruin.

In criminal court one thing a prosecutor must prove is intent, whether through direct physical or circumstantial evidence. It is my contention that anyone with an open mind and the willingness to look at the evidence will see complexity in a single cell far greater than the engineering found in a Boeing 747 or any computer made today, and begs design and intention. Emergent properties and irreducible complexity are merely the surface of what awaits us in our journey towards discovering cosmological truth. I speak to both evolutionists and creationists now: extremism is unacceptable. We must allow the pendulum of life to swing in both directions and glean as many facts as we can on the way, with the certainty that regardless of its source, fact will always prevail over fiction and have the faith that the truth will do nothing short but to serve mankind.


Recommended Reading:
The Creator and the Cosmos by Hugh Ross
Genesis and the Big Bang by Gerald Schroeder
Origins of Life by Fazale Rana & Hugh Ross
Darwin’s Black Box by Michael J Behe
Evolution: A Theory in Crisis by Michael Denton
Darwinism Under the Microscope by James P Gills and Tom Woodward