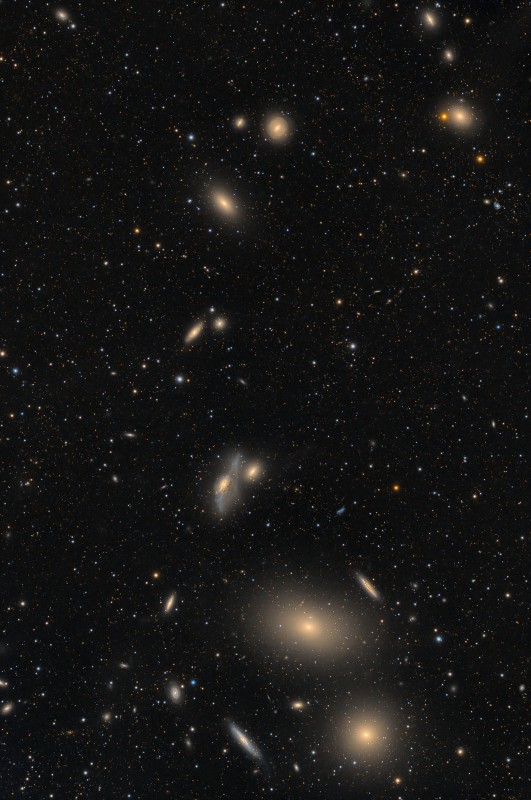 Markarian's Chain is a stretch of galaxies that forms part of the Virgo Cluster. When viewed from Earth, the galaxies lie along a smoothly curved line. Charles Messier first discovered two of the galaxies, M84 and M86, in 1781. The other galaxies seen in the chain were discovered by William Herschel and are now known primarily by their catalog numbers. It was ultimately named after the Armenian astrophysicist, Benjamin Markarian, who discovered their common motion in the early 1960s. Near the center there appear the pair of interacting galaxies NGC 4438 and NGC 4435, about 50 million light-years away, known to some as Markarian's Eyes. At least seven galaxies in the chain appear to move coherently, although others appear to be superposed by chance.