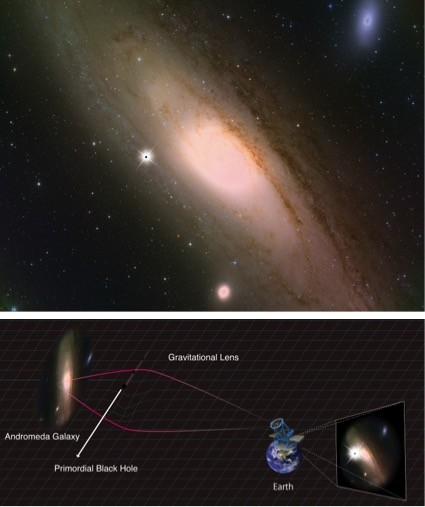 An international team of researchers has put a theory speculated by the late Stephen Hawking to its most rigorous test to date, and their results have ruled out the possibility that primordial black holes smaller than a tenth of a millimeter make up most of dark matter. Scientists “know” that 85 percent of the matter in the Universe is made up of dark matter. Its gravitational force prevents stars in our Milky Way from flying apart. However, attempts to detect such dark matter particles using underground experiments, or accelerator experiments including the world’s largest accelerator, the Large Hadron Collider, have failed so far. This has led scientists to consider Hawking's 1974 theory of the existence of primordial black holes, born shortly after the Big Bang, and his speculation that they could make up a large fraction of the elusive dark matter scientists are trying to discover today. The team’s results showed primordial black holes can contribute no more than 0.1 percent of all dark matter mass. Therefore, it is unlikely the theory is true.