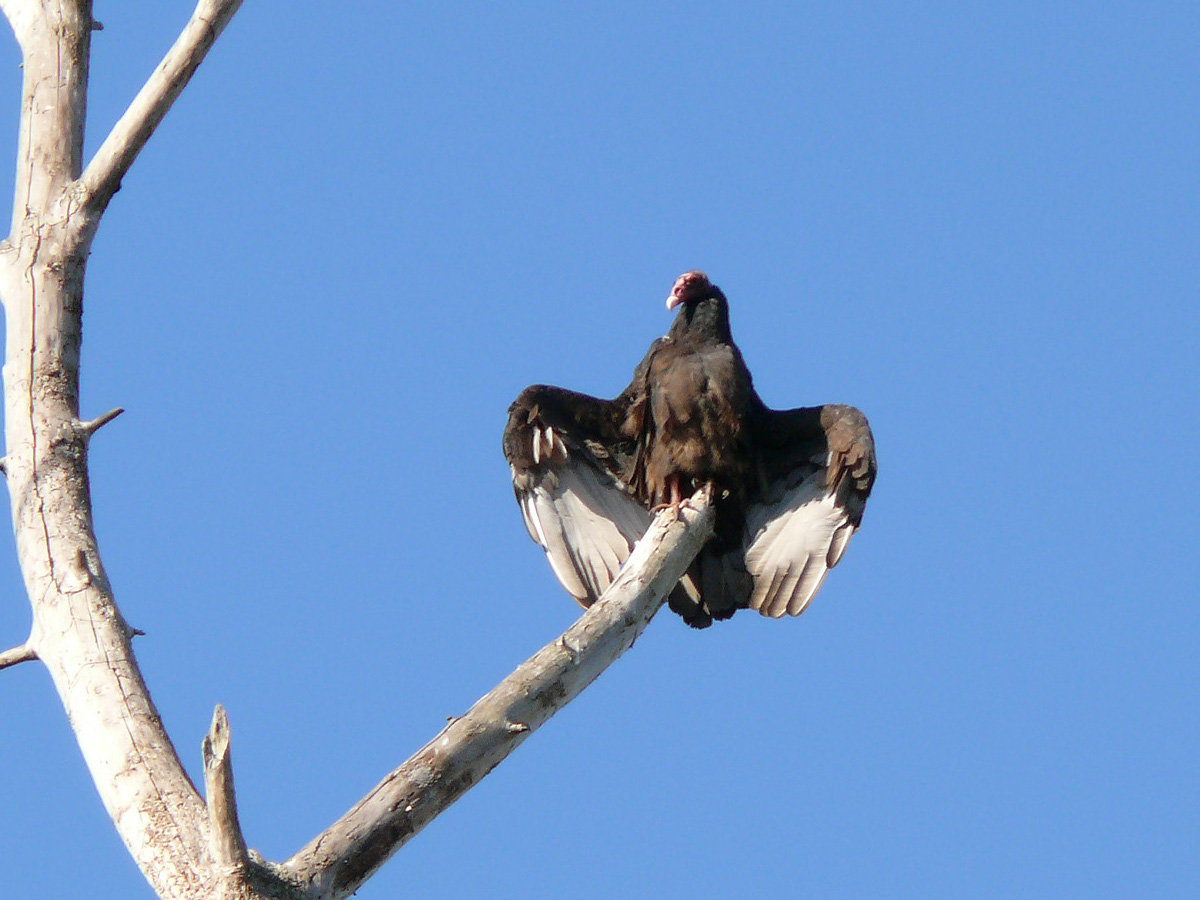 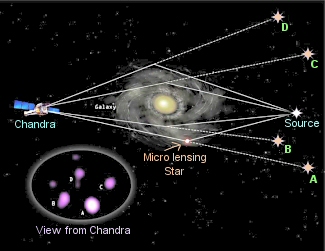 A careful analysis of observations by NASA's Chandra X-ray Observatory of a rare quadruple quasar has uncovered evidence that possibly a single star in a foreground galaxy magnified X-rays coming from the quasar. This discovery gives astronomers a new and extremely precise probe of the gas flow around the supermassive black hole that powers the quasar.

"If our interpretation is correct, then we are seeing details around this black hole that are 50,000 times smaller than either the Hubble Space Telescope or Chandra could see under ordinary circumstances," said George Chartas of Penn State University in University Park, and lead author of a recent article on the Cloverleaf quasar in The Astrophysical Journal.

The Cloverleaf quasar is a single object about 11 billion light years from Earth that appears as four images produced by a process known as gravitational lensing. If one or more galaxies lie along the line of sight to a more distant quasar, the gravitational field of the intervening galaxies can bend and magnify the light from the quasar and produce multiple images of it. The four images of the Cloverleaf quasar have been produced by one or more intervening galaxies.

One of the images (A), in the Cloverleaf is brighter than the others in both optical and X-ray light. Chartas and his colleagues found the relative brightness of this image was greater in X-ray than in optical light. The X-rays from iron atoms were also enhanced relative to X-rays at lower energies. Since the amount of brightening due to gravitational lensing does not vary with the wavelength, this means that an additional object has magnified the X-rays.

The increased magnification of the X-ray light can be explained by gravitational microlensing, an effect which has been used to search for compact stars and planets in our galaxy. Microlensing occurs when a star or a multiple star system passes in front of light from a background object.

If a single star or a multiple star system in one of the foreground galaxies passed in front of the light path for the brightest image, then that image would be selectively magnified. The X-rays would be magnified much more than the visible light, if they came from a smaller region around the black hole than the visible light. The enhancement of the X-rays from iron ions would be due to this same effect.

The analysis indicates that the X-rays are coming from a very small region, about the size of the solar system, around the supermassive black hole. The visible light is coming from a region ten or more times larger. The angular size of these regions at a distance of 11 billion light years is tens of thousands times smaller than the smallest region that can be resolved by the Hubble Space Telescope.

"The significance of the detection of microlensed X-rays from the Cloverleaf quasar lies in the extremely small region that is enhanced by the microlens," said Chartas. "This gives us the ability to make strong tests of models for the flow of gas around a supermassive black hole."