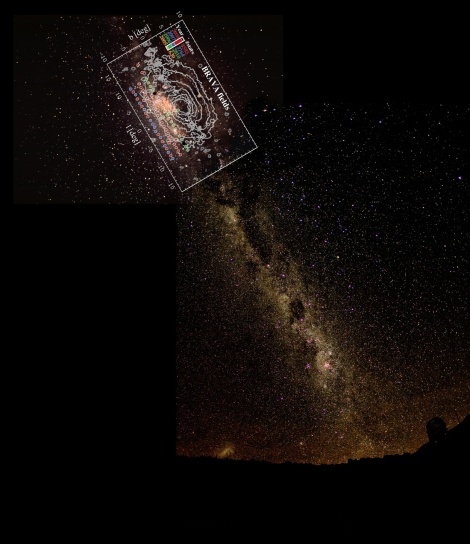 It sounds like the start of a bad joke: "Did you hear the one about the bar at the center of the Milky Way Galaxy?" Astronomers first recognized almost 80 years ago that the Milky Way Galaxy is a huge spiral galaxy. It's as if the solar system is a bug on the spoke of a bicycle wheel. But in recent decades astronomers have suspected that the center of our galaxy has an elongated stellar structure, or bar, that is hidden from view by dust and gas. As part of a study dubbed BRAVA (for Bulge Radial Velocity Assay), a team analyzing stellar motions in the galactic center confirms a massive bar, with one end pointed almost in the direction of the sun, which is rotating like a solid object.