Down the Rabbit Hole One More Time -- What is a Planet? 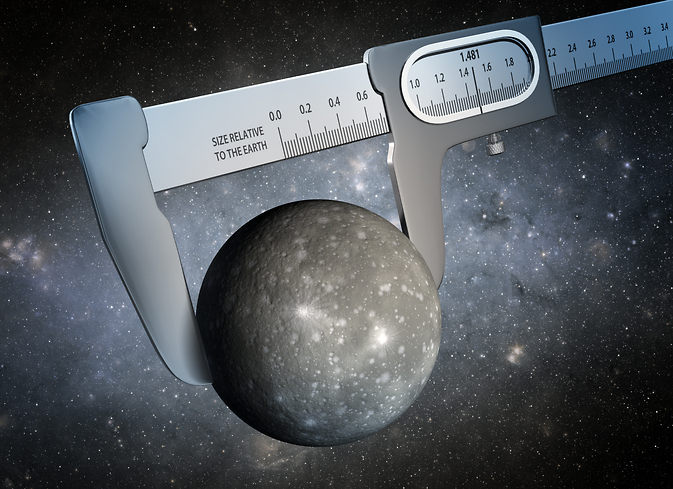 What is a planet? For generations the answer was easy -- A big ball of rock or gas that orbited the Sun. And there were nine of them in our Solar System. But then astronomers started finding more Pluto-sized objects orbiting beyond Neptune. Then they found Jupiter-sized objects circling distant stars. First by the handful and then by the hundreds. Then came Brown Dwarfs -- were they stars or very large Jupiter-like planets? Suddenly the answer wasn't so easy. Were all these newly found things planets?

The International Astronomical Union (IAU), who is in charge of naming newly discovered worlds, tackled the question at their 2006 meeting. They tried to come up with a definition of a planet that everyone could agree on. But the astronomers couldn't agree, so instead, they just voted and picked a definition that they thought could work. The results have been mixed.

The current, official IAU definition says that a planet is a celestial body that:

Is in orbit around the Sun

Is round or nearly round, and

Has "cleared the neighborhood" around its orbit (Whatever that means).

But this definition confused and baffled students in classrooms around the world, as well as the population in general.

In the end, the IAU did accomplish one thing with their new definition -- They figured out a way to turn something simple into something complex.

Although Pluto hogs the spotlight in the continuing scientific debate over what is and is not a planet, a less conspicuous argument rages on about the planetary status of massive objects outside our Solar System. The dispute is not just about semantics, as it is closely related to how giant planets like Jupiter form.

In a paper just published in the Astrophysical Journal, Schlaufman has set the upper boundary of planet mass between four and ten times the mass of the planet Jupiter.

Schlaufman, an assistant professor in the university's Department of Physics and Astronomy, says setting a limit is possible now mainly due to improvements in the technology and techniques of astronomical observation. The advancements have made it possible to discover many more planetary systems outside our Solar System and therefore possible to see robust patterns that lead to new revelations.

"While we think we know how planets form in a big picture sense, there's still a lot of detail we need to fill in," Schlaufman said. "An upper boundary on the masses of planets is one of the most prominent details that was missing."

The conclusions in the new paper are based on observations of 146 Solar Systems. Since almost all of the data that Schlaufman used was measured in a uniform way, the data is more consistent from one Solar System to the next, and therefore more reliable.

Defining a planet -- that is, distinguishing it from other celestial objects -- is a bit like narrowing down a list of criminal suspects. It's one thing to know you're looking for someone who is taller than 5-foot-8... It's another to know that your suspect is between 5-foot-8 and 5-foot-10.

In this instance, investigators want to distinguish between two suspects: a giant gas planet and a celestial object called a Brown Dwarf. Brown Dwarfs are more massive than planets, but less massive than the smallest stars. They are thought to form as stars do.

For decades Brown Dwarfs have posed a problem for scientists: how to distinguish low mass Brown Dwarfs from especially massive gas planets? Mass alone isn't enough to tell the difference between the two, Schlaufman said. Some other property was needed to draw the line.

In Schlaufman's new argument, the missing property is the chemical makeup of a Solar System's own Sun. He says you can know your suspect, a planet, not just by its size, but also by the company it keeps. Giant gas planets such as Jupiter are almost always found orbiting stars that have more iron than our Sun. Brown Dwarfs are not so discriminating.

That's where his argument engages the idea of planet formation. Planets like Jupiter are formed from the bottom-up by first building up a rocky core that is subsequently enshrouded in a massive gaseous envelope. It stands to reason that they would be found near stars heavy with elements that make rocks, as those elements provide the seed material for planet formation. But that is not so with Brown Dwarfs.

Brown Dwarfs and stars form from the top-down as clouds of gas collapse under their own weight.

Schlaufman's idea was to find the mass at which point objects stop caring about the composition of the star they orbit. He found that objects more massive than about ten times the mass of Jupiter do not prefer stars with lots of elements that make rocks and therefore are unlikely to form like planets.

For that reason (and while it's possible that new data could change things), he has proposed that objects in excess of ten Jupiter masses should be considered Brown Dwarfs, and not planets.