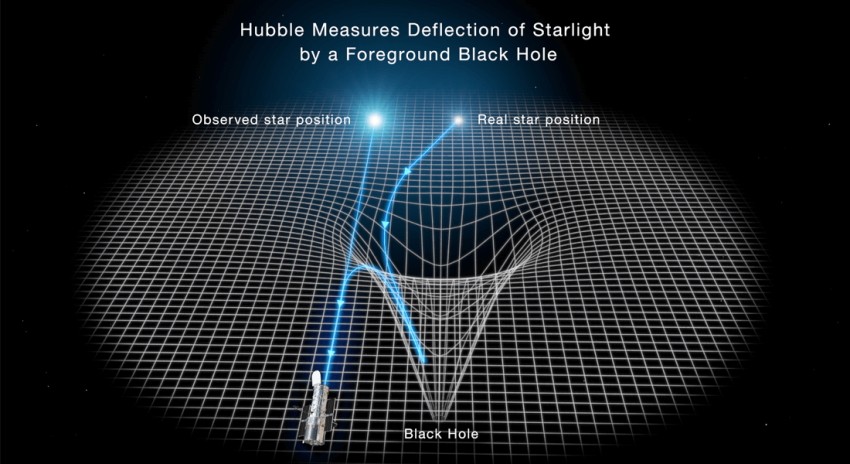 Astronomers estimate that there should be 100 million black holes roaming among the 100 billion stars in our galaxy. They are the remnants of supernova explosions that happened throughout the 10 billion years of the history of our galaxy. But since black holes emit no light of their own, they are extremely difficult to detect. Now, astronomers have at last come up with clear evidence for finding one in a needle-in-a-haystack search among a blizzard of stars seen toward the galactic center. Researchers from the Niels Bohr Institute (NBI), University of Copenhagen, contributed to the discovery, using the Danish 1.54 meter telescope at European Southern Observatory’s (ESO) La Silla observatory in Chile.