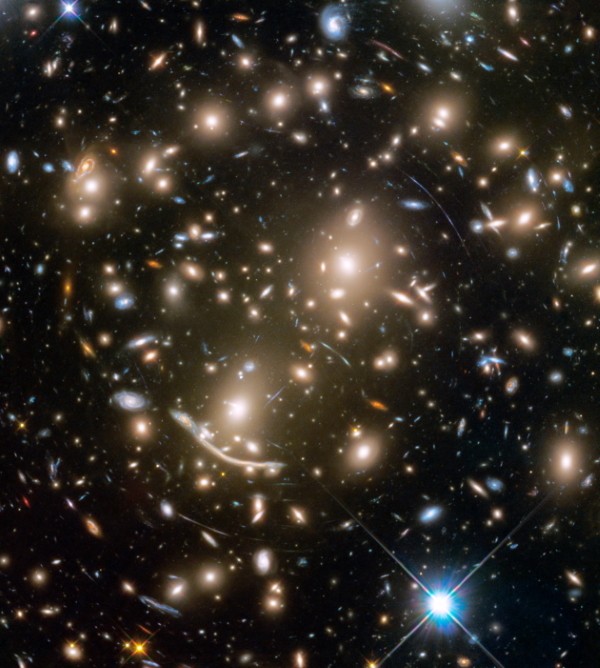 A team of astronomers using NASA's Hubble Space Telescope has measured the Universe's expansion rate using a technique that is completely independent of any previous method. The results of the team, dubbed the H0LiCOW collaboration (as in “Holy Cow!”), further strengthens a troubling discrepancy between the expansion rate (the Hubble constant) calculated from measurements of the local Universe as compared to the rate predicted from background radiation in the early Universe, a time before galaxies and stars even existed. This latest value represents the most precise measurement yet using the gravitational lensing method, where the gravity of a foreground galaxy acts like a giant magnifying lens, amplifying and distorting light from background objects. This latest study did not rely on the traditional "cosmic distance ladder" technique to measure accurate distances to galaxies that use various types of stars as "milepost markers." Instead, the researchers employed the exotic physics of gravitational lensing to calculate the Universe's expansion rate. The new measurements vary significantly from the currently accepted values and something appears to be off.