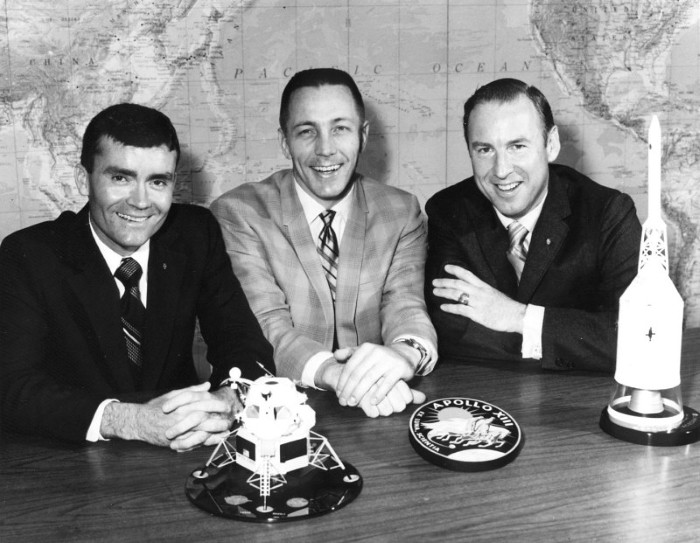 The crew of Apollo 13 consisted of Commander James Lovell, Command Module Pilot John Swigert, and Lunar Module Pilot Fred Haise. Their Saturn V rocket launched at 2:13 p.m. EST on April 11, 1970, from Launch Pad 39A at NASA’s Kennedy Space Center in Florida. While en route to the Moon on April 13, an oxygen tank in the Apollo Service Module (SM) exploded. The lunar landing and moonwalks, which would have been executed by Lovell and Haise, were aborted as a dedicated team of flight controllers and engineering experts in the Apollo Mission Control Center devoted their efforts to developing a plan to shelter the crew in the Lunar Excursion Module (LEM) as a “lifeboat” and retain sufficient resources to bring the spacecraft and its crew back home safely. Splashdown successfully occurred in the Pacific Ocean at 1:07 p.m. April 17. As NASA marks the 50th anniversary of the Apollo 13 mission, which has become known as “a successful failure,” the agency is sharing a variety of resources, recognizing the triumph of the mission control team and the astronauts, and looking at how lessons learned can be applied to NASA’s upcoming lunar Artemis program.