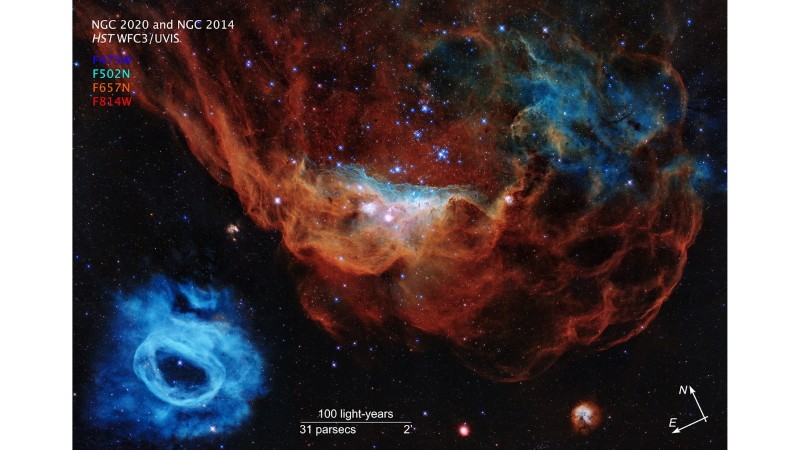 Thirty years ago on April 24, 1990, Hubble was carried aloft from the Kennedy Space Center aboard the space shuttle Discovery, along with a five astronaut crew. Deployed into low Earth orbit a day later, the telescope opened a new eye onto the cosmos that has been transformative for our civilization. NASA is celebrating the Hubble Space Telescope's 30 years of unlocking the beauty and mystery of space. Hubble has made more than 1.4 million observations of nearly 47,000 celestial objects. In its 30-year lifetime the telescope has racked up more than 175,000 trips around our planet, totaling about 4.4 billion miles. More than 900,000 observations have been taken with imaging instruments. Hubble observations have produced nearly 164 terabytes of data, which are available for present and future generations of researchers. Astronomers using Hubble data have published more than 17,000 scientific papers, with more than 1,000 of those papers published in the past year. Unlike any space telescope before it, Hubble has made astronomy relevant, engaging, and accessible for people of all ages. The space telescope's iconic imagery has redefined our view of the Universe and our place in space and time.